Terminal Phase, a space shooter you can play in a Terminal window

Ever wanted to play a space shooter in your Terminal window? Well, now you can with Terminal Phase which was announced recently.

The developer, Christopher Lemmer Webber, is a name some of you might know as they're involved in the ActivityPub specification and they're the co-founder of GNU MediaGoblin amongst other things. Terminal Phase was actually released as a result of hitting a goal on their Patreon page, funding their work in the free software community. 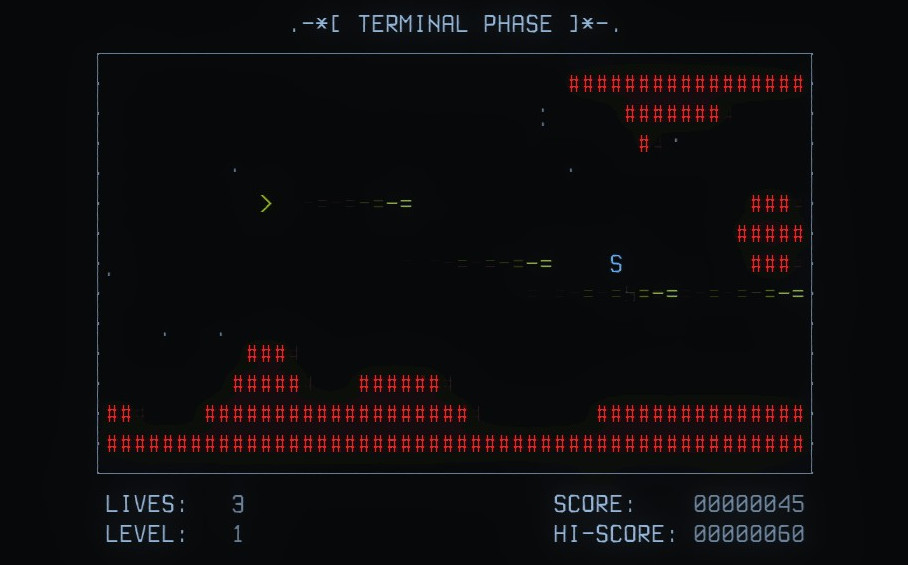 It's also being made as their test program for Spritely Goblins, an actor model library written in/for the Racket programming language. If you're interested in behind the scenes development on it, they have a video up on YouTube showing them tinker with it live.

While a little retro for my tastes, I love seeing all kinds of cool open source games and tech like this. You can grab it on GitLab and see more in their official announcement here.

About the author - Liam Dawe
I am the owner of GamingOnLinux. After discovering Linux back in the days of Mandrake in 2003, I constantly came back to check on the progress of Linux until Ubuntu appeared on the scene and it helped me to really love it. You can reach me easily by emailing GamingOnLinux directly and find me on Mastodon.
See more from me
Some you may have missed, popular articles from the last month:
The comments on this article are closed.
1 comment
vipor29 21 Jan, 2020

View PC info
I like these old school ASCII games
1 Likes, Who?
While you're here, please consider supporting GamingOnLinux on: