Developed in Rust, the open-world and open-source voxel RPG 'Veloren' has a big new release

Veloren, inspired by games such as Cube World, Legend of Zelda: Breath of the Wild, Dwarf Fortress and Minecraft this new and in-development open-world RPG certainly has a lot to live up to and a lot of promise.

Mentioned here on GOL a few months ago, the team put out a huge new release recently with Veloren 0.5 bringing in absolutely tons of new and improved features. These include the ability to drop items, clouds, a "proper" SFX system, jumping while underwater, a death+hurt screen, an animated Map and Minimap position indicator, rivers and lakes which follow realistic physical paths, overhauled NPC AI, NPC pathfinding, a waypoint system, Pets now attack enemies and defend their owners, 28 new creatures and an absolute ton more. 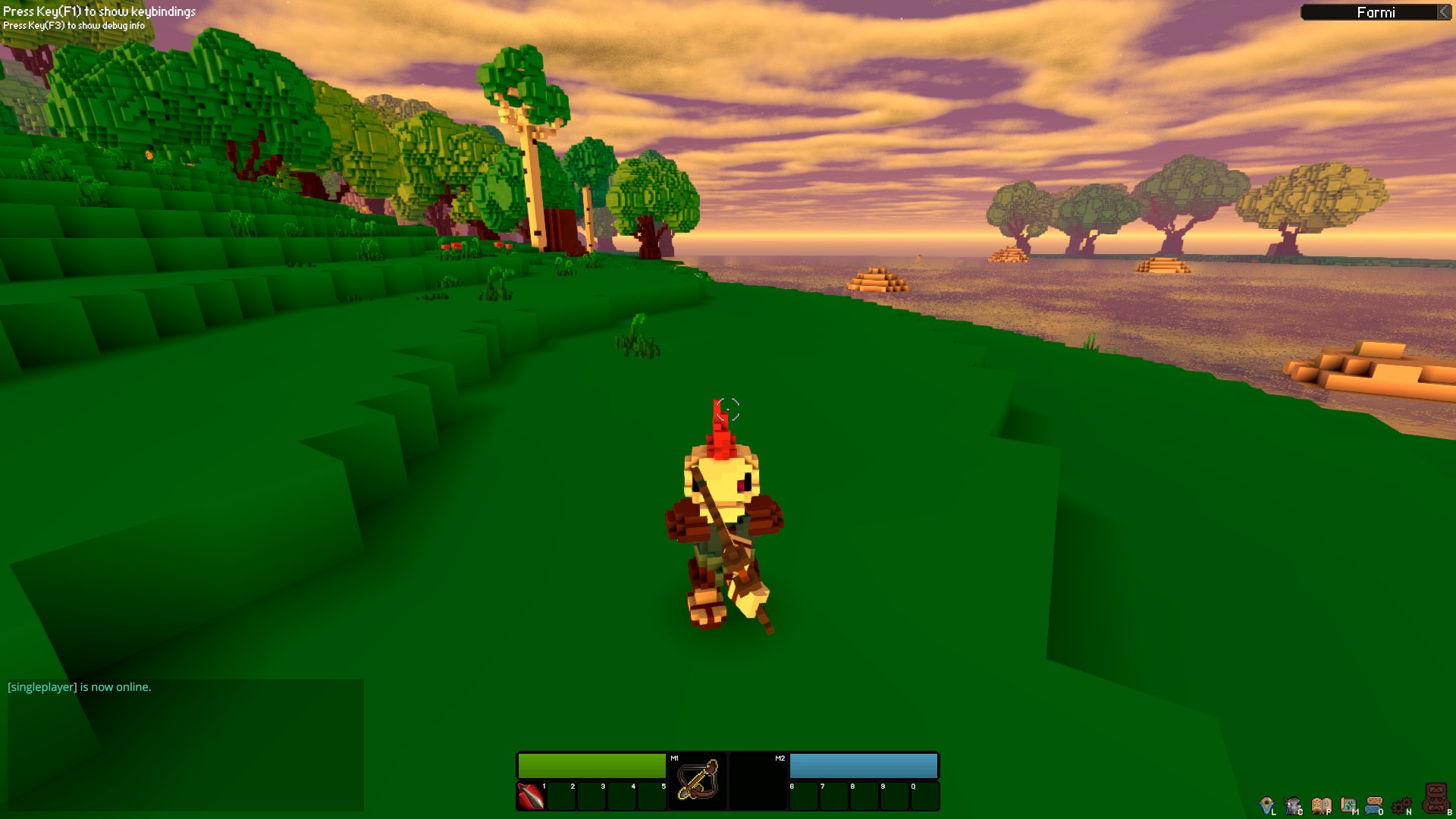 Now you too can be a Punk Skeleton - Pictured: Veloren 0.5 on Linux

I'm actually amazed at just how quickly Veloren is turning into a fully-featured game and engine. While it's still in the early stages and there's a lot to be done, it's already very playable and shows a massive amount of promise for what could turn into one of the most interesting free and open source games around.

View PC info
aaah Rust... recoding everything in Rust, the hobby of the moment in the linux community (after redocing in ruby, in python, ...) XD

This one seems quite nice, will test it ^^
0 Likes

Quoting: Geppeto35aaah Rust... recoding everything in Rust, the hobby of the moment in the linux community (after redocing in ruby, in python, ...) XD


Not only Linux. I always look at Rust and think "I can do all of this in C++ and have a larger wealth of libraries available - and most importantly I can code however I want, without being forced into some styles and restrictions to *keep me safe*.".

Though I do get that after many years of C++, you definitely wanna do something else - for me that became Python/GDscript and JS, somehow.
Backend development and game dev as a hobby take you in funny directions.

View PC info
Huh, I've been meaning to get into Rust, might as well see if there's some little fixes I can make to get a feel for things.
0 Likes

View PC info
I tried Veloren out a couple months ago. It launched and stuff but there didn't seem to be anything to do yet. I'll try it again.
0 Likes

Quoting: TheSHEEEPI always look at Rust and think "I can do all of this in C++ and have a larger wealth of libraries available - and most importantly I can code however I want, without being forced into some styles and restrictions to *keep me safe*.".

IMHO the "keep me safe" part is what make language like Rust and Go really popular. I use Go extensively in my job, and admittedly at first it's really annoying with all of its restrictions and error handling. However, thanks to those restrictions, it's become a lot harder for me to shoot myself in the foot. It's also make me confident that my code is free from esoteric bugs that come from unsafe pointer, forgotten variables, etc.

Another good things that comes from the restrictions is all code looks similar (especially in Go case). I can look at any repositories and usually I can instantly figure out what do these codes means. It's especially useful when I'm have to revisit my old project, in which I usually forgot how the code structured.
3 Likes, Who?

Quoting: TheSHEEEPI always look at Rust and think "I can do all of this in C++ and have a larger wealth of libraries available - and most importantly I can code however I want, without being forced into some styles and restrictions to *keep me safe*.".

IMHO the "keep me safe" part is what make language like Rust and Go really popular.

I could see that for starting out with programming.
But as someone who has been doing C++ for a long time, I can code in it, shoot myself in the foot, find the bug and fix it - all of that faster and in my own way than if I'd have to subject myself to restrictions I really don't agree with.

I don't know too much about Go, but I think it is very different from C++ on many levels, and from that follows different areas of usage.
While Rust is actually very similar to C++ in all but a few key points. And thus both fulfill pretty much the same roles and areas of usage.


Last edited by TheSHEEEP on 5 February 2020 at 7:20 am UTC
0 Likes
While you're here, please consider supporting GamingOnLinux on: