Along with the upcoming release of the massive Terraria: Journey's End free expansion, Re-Logic have announced the popular open source modding tool tModLoader will be available on Steam.

What exactly is it? tModLoader is an API for Terraria that provides a way to create and load mods without having to work with Terraria's source code directly. This means you can easily make mods that are compatible with other mods and save yourself the trouble of having to decompile then recompile the game.

Sadly, official mode support is not going to happen with Terraria but tModLoader is well known, free and open source under the MIT license and has been going for some time now. This truly official endorsement is great to see and it will now be available as a free DLC on Steam along with the Terraria: Journey's End free expansion on May 16 (or shortly after). 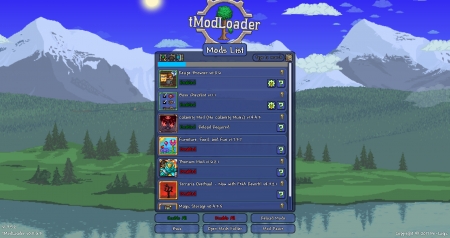 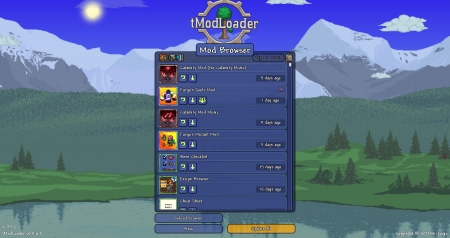 When it launches, it will be based on the existing 1.3.5 version of the game - as will all of the currently-available mods out there. This way there will be no interruptions when the new Terraria version launches. However, an update for tModLoader to support Terraria 1.4 Journey's End will be coming too.

Since Journey's End will be the final major content update, Re-Logic felt this was a good time to "hand the keys over to the fans". Eventually it will even get Steam Workshop support for use with tModLoader too.

You can see more info on tModLoader on the official site and GitHub.

You can pick up a copy of Terraria from: Humble Store, GOG and Steam and tModLoader should work fine with all store versions on PC.

View PC info
That's prety cool of them. They showed good support and love for this game.
Will definetly look forward to whatever else they release :)
0 Likes
While you're here, please consider supporting GamingOnLinux on: