Derived from the classic Cube 2: Sauerbraten game, Tomatenquark aims to reinvigorate it and bring it to a new audience with it now live on Steam.

While the game as it is right now should be fully functional, it doesn't have a lot of built in content yet. It's in Early Access and they plan to keep it that way until they extend it further. Mentioning more Steam integration, campaign content, more language support and taking on feedback from the community. 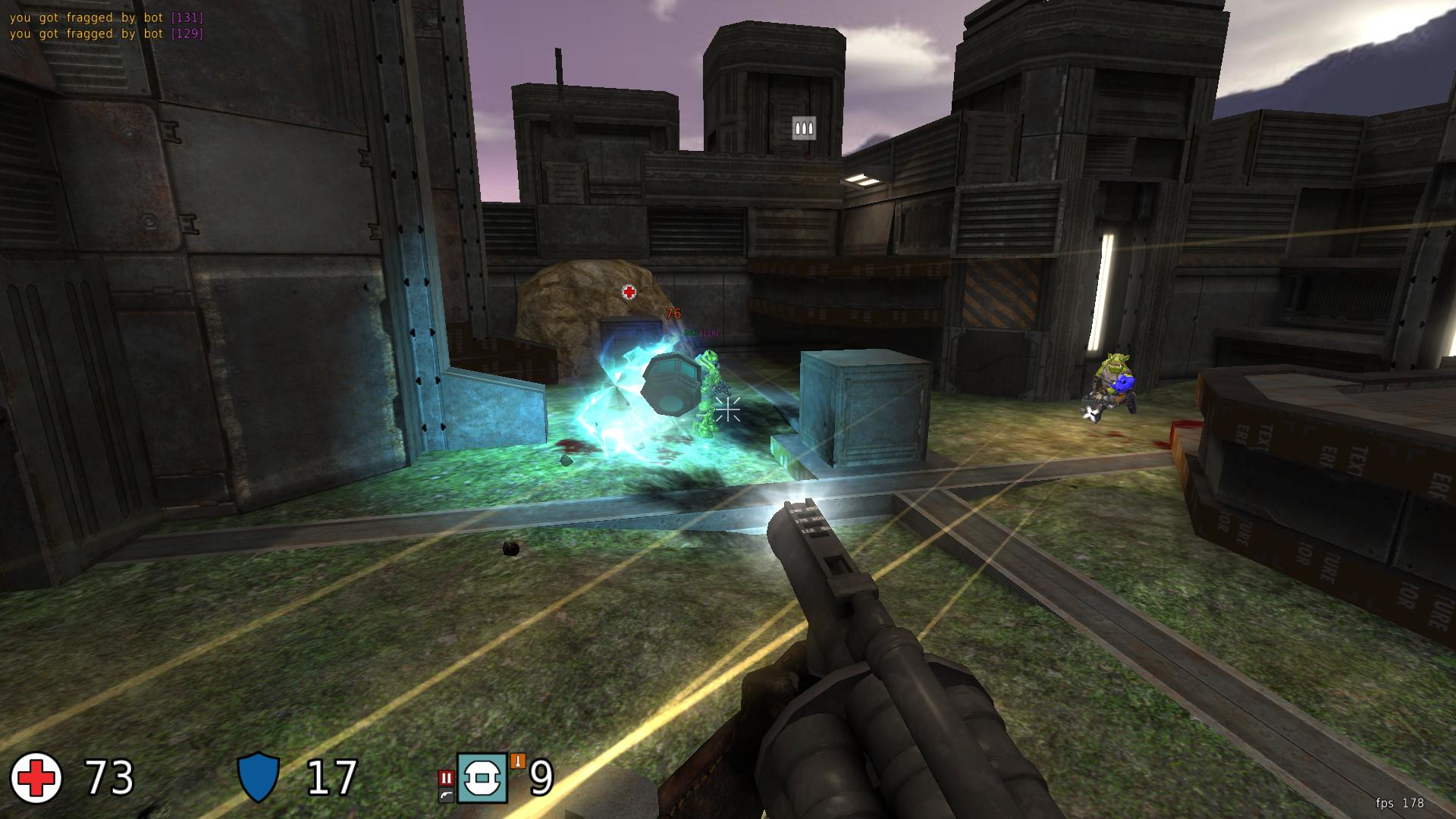 Apart from another attempt at keeping Cube 2 alive, they also just wanted to make a fun old-school deathmatch shooter inspired by the gameplay of Quake. Plus the added bonus of the Cube Engine 2 editor, bringing cooperative map/geometry editing in-game.

Find Tomatenquark free on Steam. You can see the various game sources on GitHub.

Currently they need to adjust their launch script, as it won't run on certain Linux distributions. On Manjaro, the launch script needed line 56 changing to this (as a temp quick fix) as it's looking in the wrong folder:

All we did is remove the "x86_64-linux-gnu" folder from the PRELOAD.

Will be interesting to see if they actually keep going. We've seen a couple other free and open source shooters on Steam now like Red Eclipse 2 and Warfork, both of which have a tiny amount of players. At least now it's easier than ever to play a free, competitive and cross-platform arena FPS. Tomatenquark does have bots too, so you can have a quick round whenever.

View PC info
I just gave the game a shot and it seems solid. There's clearly still more work to be done in the sound department but the level design suits me just fine.

Quoting: PatolaIt seems to be the same thing that happened to linux distros, suddenly we have it so easy to make a fork that many slightly different variations appear.

I believe there hasn't been active development on the original in years. And besides, what you call fragmentation I call choice. It's the spirit of free software and it clearly has positives and negatives but I personally enjoy it overall. That's why I use Linux!

Quoting: PatolaIf only these people used the engine to make something really different - what about a third-person RTS? Or an open source survival horror? - but they try the very same genre of the other initiatives, fragmenting the public.

New and unique software from forks happens all the time, but not every time. It's up to the developer where they want to take the project and they have no obligation to change the genre or really do anything except follow the license. You're welcome to make your own survival horror or RTS if you think the Free Software community is lacking in that department of course.
5 Likes, Who?

View PC info
For years I played Cube 2: Sauerbraten, I'm very happy that they brought a modernized version to Steam.

They also seem to have compiled their binaries with relatively newer libraries. Newer than I have, so it wouldn't run at all and on another machine the controls were glitchy. So I just compiled my own binaries and then it works perfectly, just a simple 'make' was enough for me.


The source code is here: https://github.com/tomatenquark/code/releases/


Last edited by thelimeydragon on 27 May 2020 at 12:52 pm UTC
1 Likes, Who?
While you're here, please consider supporting GamingOnLinux on: