Sandbox Interactive are celebrating their MMO, Albion Online, turning three years old and it seems they're going from strength to strength with a lot more planned.

Launching on July 17 back in 2017, Sandbox Interactive put Albion Online up as a pay to play MMO with a focus on PvP battling and it came with same-day Linux support. Later in 2018 it launched on Steam and then eventually went free to play in April 2019. 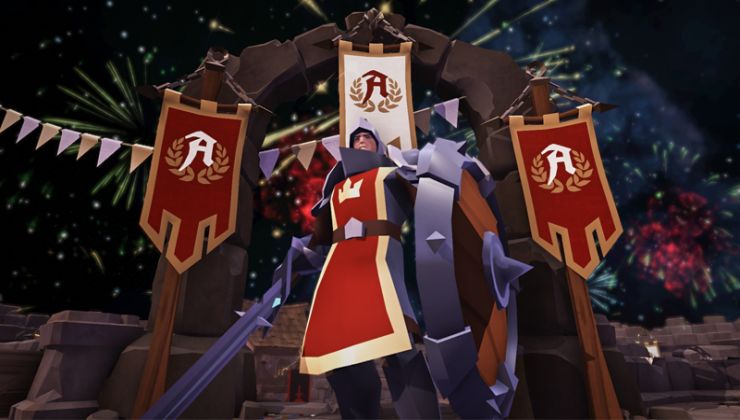 Since releasing, it's had quite number of large free expansions that has seen the player numbers continue to increase. Their most popular update named Queen, which launched in January 2020 saw player numbers quite rapdily increase from around 50,000 daily up to well over 100,000. During the COVID19 outbreak, they also raised €40,000 for charity which was a nice touch.

For the celebration they've enabled a 25% increase in Fame gain until July 24. Fame is their version of experience points, which you get from all sorts of activities like fighting mobs and gathering resources. A classic dungeon 'Defenders of the Past' has also appeared from the Albion Beta, which will stick around until July 31 and those who complete it will have a chance to get a brand-new Red Anniversary Banner.

With the next update titled Rise of Avalon update coming in August, it's going to bring in even more free content for the game including the exciting sounding Corrupted Dungeons which we covered here. I'm excited!

See their three-year overview here and a note on the celebrations here.

If you're a regular player, let us know if you've been enjoying it in the comments. What's been your favourite memory from playing Albion Online?

View PC info
I have to admit - I didn't leave much chance for this one to last. I stand happily corrected and congrats on the first three!
1 Likes, Who?

View PC info
For a game that doesn't even try to be attractive for today's mainstream MMO audience, it's doing quite well, indeed. If you look at EvE, which from what I can tell caters to the same kind of audience, it seems like the ceiling for a game like this would be around 300k daily users, so they still can grow a bit.

It still needs to be pointed out that a mainstream MMO would be considered an epic fail with numbers like these, so there is that. I am still wondering why nobody seems to want to make a PvE-focused MMO anymore, catering to the vast majority of players who do NOT want to be PK-ed left and right all day long. Elder Scrolls is still the newest of its kind and it's six years old now... :S
2 Likes, Who?

View PC info
I re-installed it this week, not aware of the birthday party. I played 10 minutes, couldn’t stand the zoom level and the GUI.

It was already bothering me at release, and i played 2-3 months thinking it’s going to change, then the game bored me and i stopped.

Now i feel i can’t accept it. The zoom is horrible, i understand it’s for "tactical" reason, but my guts say it’s for mobile support reasons... The worst part of the GUI is the wheel of skills. Who designed that, and who decided it was good enough to stay almost identical for 3 years ? It’s hard to read, full of emptyness, uneasy to navigate, impossible to have a global view, etc.
0 Likes
Purple Library Guy 18 Jul, 2020

Quoting: KimyrielleElder Scrolls is still the newest of its kind

I suppose it should really be called Younger Scrolls.
5 Likes, Who?

View PC info
Since release I played it frequently, even like once a day for the daily dungeon. I just dont have enough time anymore for WoW (which I player alot during school and university. So this was a nice low-level substitution for me, because I just love healing in dungeons now and then...
0 Likes

starpollo 20 Jul, 2020
View PC info
Been loving Albion, definitely more fun with a group of people, it's a great covid game to play as a way of hanging out with mates