Dicey Dungeons, the innovative and great fun deck-builder has a huge update out

Mixing together card-based abilities, deck-building and dice - Dicey Dungeons is a fantastic roguelike worth your time and a big update just went out.

They said it's the biggest update since launching in August 2019, bringing in some big improvements alongside new translations to Japanese and Welsh. A large part of Dicey Dungeons 1.9 appears to be ensuring the overall quality of it. They said it adds in some quality of life features like previewing spells as the Witch, being able to see what gadgets you'll get from various equipment when playing as Inventor and more. 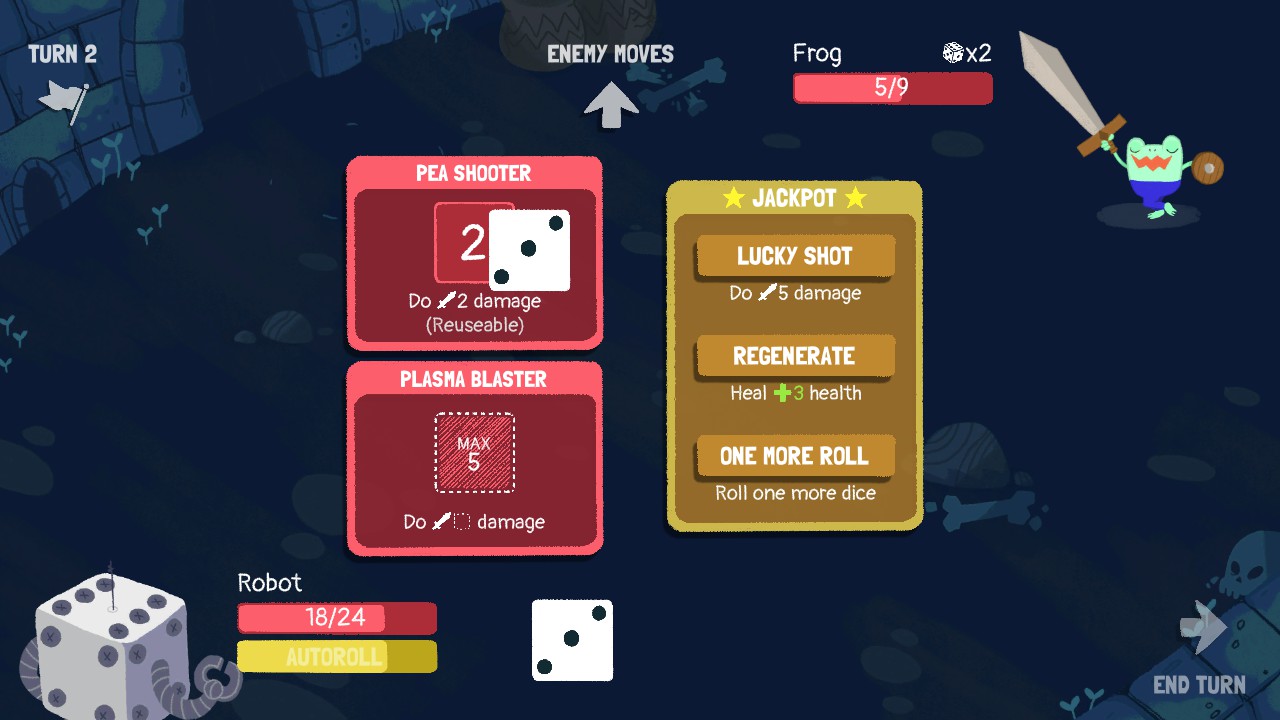 Modding also gets a big upgrade here too. While Dicey Dungeons already had a modding API, and plenty of mods available, the 1.9 update delivers "a massive number of features that modders have been requesting for a while". This means future mods can do a lot more and hopefully be more compatible with each other. Some great mods were also pointed out like Floorplan to add more floor layouts and Pyromancer which adds a whole new character. Perhaps you want bigger though? There's also Cauldron Mania which adds whole new episodes and equipment.

Additionally, over 200 issues reported have been closed on the bug tracker so it should be better than ever. Some new content even made it in with 9 new remix rules for the Bonus Round episodes.

Next to Slay the Spire, I think Dicey Dungeons might be one of my favourite deckbuilders. You should definitely pick up a copy to play through. Available for Linux on Humble Store, itch.io and Steam.

Quoting: JanneI love slay the spire, but eventually burned out on it a little. Is this different enough to be a good buy?

I would say yes. Superficially Slay the Spire and Dice Dungeons might look similar, but the gameplay experience is very different. In Dicey you always know (more or less) what equipment you'll have available on your turn and you are instead trying to roll the correct numbers to assign into each piece of equipment, with low and high numbers all playing their own roles. Not to mention every character's relationship to the dice rolls and equipment is vastly different.
5 Likes, Who?

View PC info
I'll add that with the episodes, you can do runs with each of the characters that significantly changes their rulesets, giving you even more fresh experiences to work with.
0 Likes

View PC info
I think Slay the Spire, Dreamgate and Dicey Dungeons are all weirdly similar in core design. I say "weirdly", because they're all wildly different in aesthetic. I'd also rank them in that order for the amount of RNG that affects gameplay. Some Dicey Dungeons runs can be very "samey" (in a good way) which reduces RNG only to your dice throws.

It's a great game, but full disclosure - I've played 108 hours of StS, and I loved it so much, I ended up dropping another 40 hours into Fate Hunters. Its sequel, Dreamgate has 25 hours. Meanwhile, I only have 15 hours in Dicey Dungeons.

I'm completely sure why, but I think it boils down to this: in the previous titles (especially StS and Dreamgate) there's the potential for truly, exceptionally bizarre builds. Like, almost game-breaking builds. It's INCREDIBLY satisfying. Dicey doesn't have the same scope for this.

Example, in Dreamgate, I had an Elemtalist throwing her fireballs for 6 damage at the start of the game. By the end, she had three overload cards which double all spell damage, a Rampage skill which doubled all card damage, and a Mage skill which added two damage to all spells. So that fireball was now dealing 8x2x2x2x2 damage. Yep, 128 damage a card. The final boss only has 450 health! It was beautiful. I didn't even need my Meteor card which dealt 35 damage... it would have landed 592 damage if I'd been dealt it in my opening hand...!

Quoting: scaineI'm completely sure why, but I think it boils down to this: in the previous titles (especially StS and Dreamgate) there's the potential for truly, exceptionally bizarre builds. Like, almost game-breaking builds. It's INCREDIBLY satisfying. Dicey doesn't have the same scope for this.

That is a very good point. StS is very satisfying when you get a silly build together, but the emphasis is on when. While game breaking builds aren't super rare, getting them is still a bit inconsistent and luck based. In Dicey luck plays a role in how your build turns out but generally the experience is a bit more consistent and tactical. I would just consider that a difference rather than a pro or a con. If flashy combos that reach into the realm of silliness are what you are after then StS side of things is obviously your pick.
1 Likes, Who?
While you're here, please consider supporting GamingOnLinux on: