Streets of Rage 4 is now officially available for Linux, along with Vulkan support in FNA

Lizardcube and Dotemu announced today that Streets of Rage 4 is now officially supported on Linux (and macOS), with a port done by Ethan Lee creator of FNA.

"The all-time classic Streets of Rage, known as Bare Knuckle (ベア・ナックル Bea Nakkuru) in Japan, is a trilogy of beat ‘em up known for this timeless gameplay and electronic dance influenced music. Streets of Rage 4 builds upon the classic trilogy’s gameplay with new mechanics, beautiful hand drawn visuals and a God tier soundtrack." 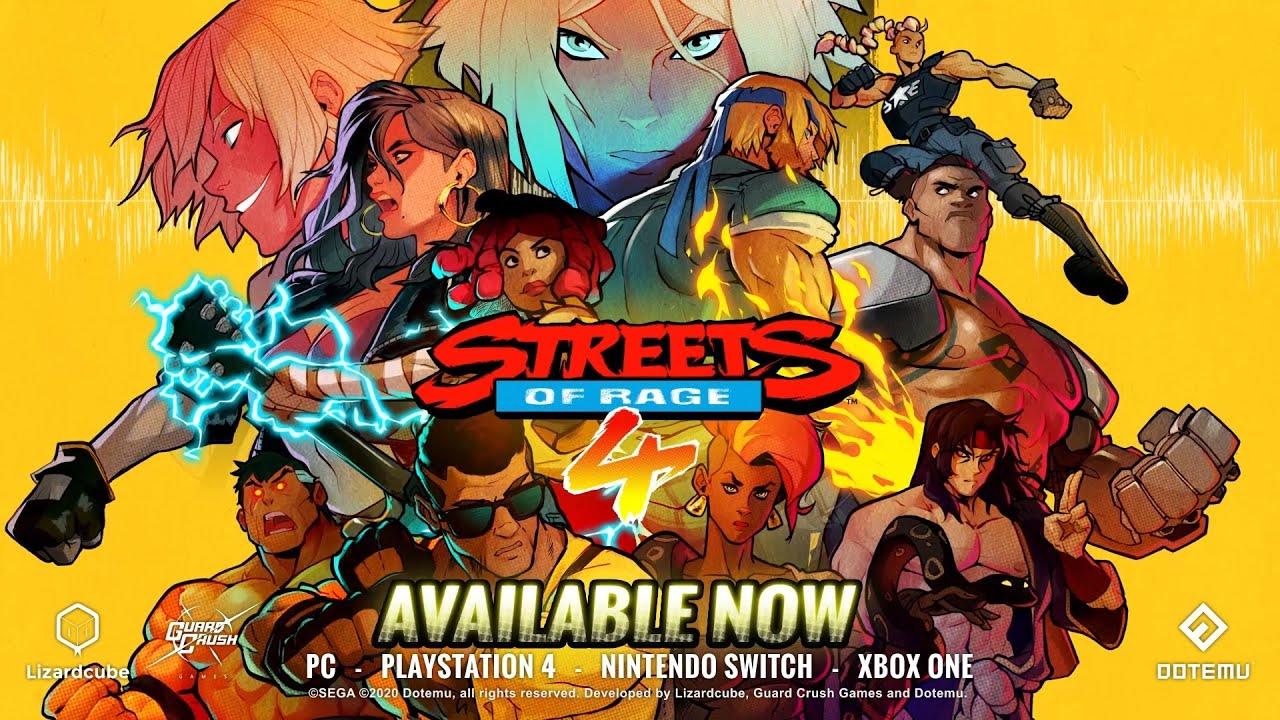 Not only is it now officially supported, it's also the 50th port done by Ethan Lee using FNA and it brings with it both OpenGL and Vulkan support for the Linux version. Speaking about the release on their .plan website, Lee mentioned:

Yes, at long last we're in a position where we can start looking at Vulkan more seriously for FNA, at least from a testing perspective. On Steam you will see two options, one for OpenGL and one for Vulkan Experimental. What does Vulkan provide that OpenGL doesn't? Broadly: Nothing at all, since performance is really good for both renderers. Arguably the Vulkan renderer just raises the VRAM requirement significantly, since texture memory is no longer marshalled between VRAM and host memory, and this game has all the textures. Basically, if you don't have a 4GB+ card, you shouldn't even try to use it. Just about the only thing exclusive to Vulkan is "mailbox" mode, which replaces the "low latency" checkbox found on the Windows version. To enable mailbox mode:

When available, this will use VK_PRESENT_MODE_MAILBOX_KHR which allows the engine to not wait on vsync while also not allowing for tear lines. The game still runs at a 60Hz timestep, but frames will be presented as soon as physically possible, which should noticeably reduce latency for some setups. This is not available for OpenGL and I opted to remove the in-game tickbox because it turns out that mode just manually shoves in a glFinish after SDL_GL_SwapWindow, which I'm not 100% certain works as intended everywhere (it definitely doesn't on macOS).

Aside from that? It's the regular ol game in its perfectly preserved glory. No potentially dangerous write watch hacks needed! This one's been in the waiting room for a while (it was so long we had time to write a whole dang Vulkan renderer), so I hope you'll enjoy it after such a long time!

If you previously used the Proton compatibility layer, you can tell Steam to download the official Linux version by forcing the Steam Linux Runtime from the right click -> Properties menu for the game on Steam (example).

You can buy it on Steam, with the build up on GOG hopefully tomorrow. It's 30% off on Steam until November 16.

We do often include affiliate links to earn us some pennies. We are currently affiliated with GOG and Humble Store. See more here.
About the author - Liam Dawe
I am the owner of GamingOnLinux. After discovering Linux back in the days of Mandrake in 2003, I constantly came back to check on the progress of Linux until Ubuntu appeared on the scene and it helped me to really love it. You can reach me easily by emailing GamingOnLinux directly.
See more from me
Some you may have missed, popular articles from the last month:
The comments on this article are closed.
24 comments
Page: 1/3»
Kors 12 Nov, 2020

Spyker 12 Nov, 2020
I bought it along with Superliminal.
Two great games this week on Linux, and they are quite cheap :)
2 Likes, Who?

View PC info
Last week Superliminal, and now Streets of Rage 4, great!
One Ethan Lee Linux port a week, I'm not against it.

Also I'll buy it on GOG, but I hope the sale will be there too.

Quoting: SpykerI bought it along with Superliminal.
Two great games this week on Linux, and they are quite cheap :)

Copying you right away ! I didn't see that Superluminal was on sale.

So much for not buying games this month...
0 Likes

View PC info
I totally forgot about this game!! I think I'm going to pick it up soon.
0 Likes

QuoteNot only is it now officially supported, it's also the 50th port done by Ethan Lee using FNA

Not my kind of game, but wow, talk about achievement! 50th, that's gold isn't it?
0 Likes

I won't buy now because is too expensive atm, but I'll definitely buy in the next sale.
0 Likes
naegling23 13 Nov, 2020
Glad to hear...this game runs so flawlessly through proton that I forgot it wasn't already native. My kids and I have had a blast playing through it while I give my video game history lessons.
1 Likes, Who?
1/3»
While you're here, please consider supporting GamingOnLinux on: