Solus, the independent semi-rolling release distribution has released a big upgrade to their flagship Budgie desktop environment with the 10.5.2 update.

I'm a huge fan of Budgie, especially with the Raven sidebar that gives you access to manage notifications, control media playback, control your sound devices, and more so it's pleasing to see another option continue to mature. That's the key theme here, with a lot of the work going into this release aimed to make it more feature-filled and ready for everyone.

Raven itself had a nice small configuration tweak, allowing you to pick which side of the screen Raven should appear or just have it be automated based on panel placement. 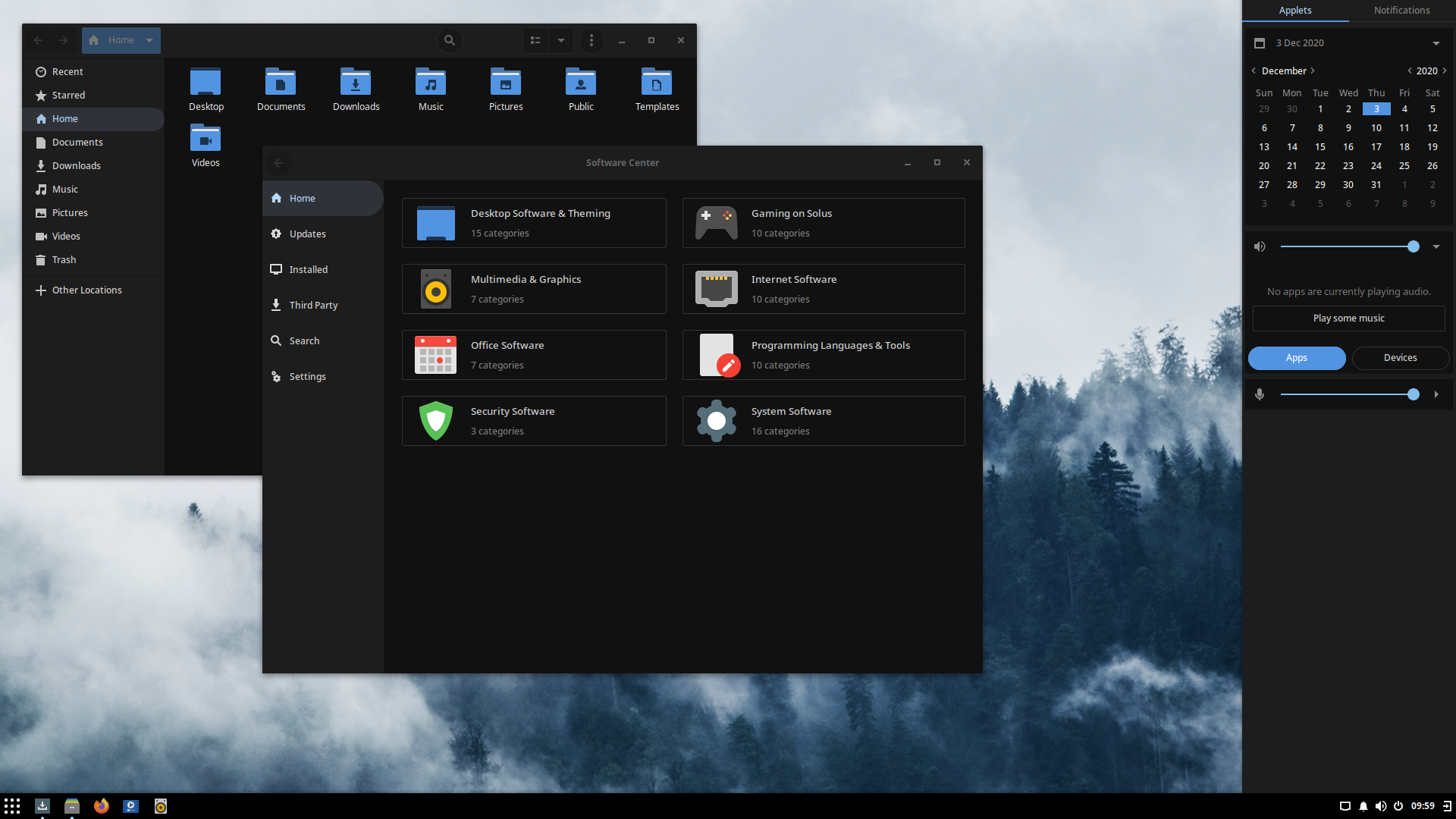 One big feature is that as of this release, they're now using their own implementation of desktop icons with Budgie Desktop View. Part of the problem is they were previously using an older version of GNOME's Nautilus file manager, as desktop icon support was removed in later releases of Nautilus. So now they're rolling their own, as they "always recognized that for many, desktop icons is an important part of their workflow, and so retaining that support in a sustainable manner was paramount for the release of Budgie 10.5.2".

You're not forced to use their way though, as they also hooked up support in the Budgie Desktop Settings application to configure DesktopFolder and Nemo as well so other distributions / vendors can do it their way.

The System Tray got a big rewrite for this release, thanks to developer Campbell Jones, which now uses the XEmbed protocol which should solve some major problems including:

You can also now configure the spacing between icons in the System Tray.

Even the sound applet was upgraded, to give it a dedicated button to toggle mute as well as an icon for the System Settings instead of text to make it all match. 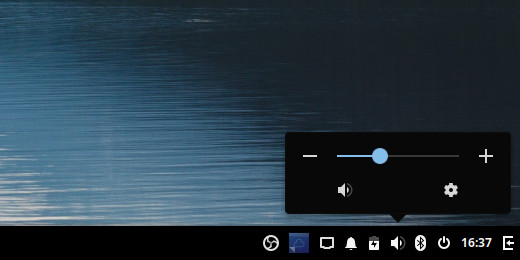 For users of Solus it has already shipped as an update, other distributions will need to wait for their package managers to get to the upgrades. Lots more has changed and improved that I didn't note here so see the full release notes here.

I actually tried out Solus for the first time properly today thanks to the excellent virt-manager and I have to say, I was extremely impressed by it. The installer was one of the smoothest looking I've ever seen, and Solus with Budgie just looks so damn sleek it's quite wonderful.

fagnerln 3 Dec, 2020
View PC info
Solus is fantastic, I used it a little in the last year, It's one of the most beautiful distros, so smooth and boots pretty fast.

But I've encountered inconsistencies while gaming, the performance was a little worse, I don't know how to exemplify. Maybe it was a bug on the compositor that budgie uses, idk.

Another downside is that they had plans to switch budgie to Qt, which would be great and turn it more independent, but they give up. So it continues to be heavily dependent on GNOME, doing workaround to put icons on desktop
0 Likes

View PC info
The only GNOME component Budgie intends to use going forward is GTK+4.

All the other GNOME components currently in use [in Budgie] are going to be replaced with stuff written from scratch eventually (eg mutter, GNOME control center etc).

So they're not giving up in their independence efforts, they simply opted for GTK+4 instead of Qt.


I've been using Solus for over 2 years now (GNOME edition), and I love it. It keeps a nice balance between stability and up-to-date software. My current install is over 1.5years old, that's how stable it is.

As to the article - it has been called semi-rolling, I'm guessing it's referring to the fact that even though Solus is rolling, it opts to have releases instead of simple iso refreshes?

View PC info
I've been using Solus for a couple of years now, and I'm very satisfied with it.
I have it installed on my main work laptop alongside Kubuntu and Fedora (GNOME), and I must say that it is definitely the fastest and the most responsive one of the three OS.
Gaming on Solus is also a very pleasant experience. I had very few problems running both native and Proton games.
The only downside, I'd say, is Solus' own eopkg system, which means you have to build some pieces of software from the source code, but most of the commonly used software is in the repository.
Budgie is a great desktop environment too. I used to have Manjaro with Budgie (installed via Architect) for some time, and, even though it isn't officially supported, it actually gave me less headache than, say, the KDE Plasma version.
I'm happy to see both Solus and Budgie getting improved!
0 Likes

View PC info
I really love the concept of Solus and Budgie, but there is one thing that keeps me from using it: No ability to place a panel on another (non primary) display. They intend to implement this maybe in Budgie 11, so until then I will stay with my trusted Manjaro
0 Likes

View PC info
Interesting to see them keep at it. Might run this on my laptop but it gets little use these days...I'm rarely out cus of rona.

Still, I'll probably run it in the laptop for checking things out. I need an easy distro to recommend to people who can't afford high/modern computers and using it myself helps knowing if it works for them.
0 Likes

Quoting: DoctorJunglistAs to the article - it has been called semi-rolling, I'm guessing it's referring to the fact that even though Solus is rolling, it opts to have releases instead of simple iso refreshes?

i think it more that the Solus team is holding back packages more for stability reasons, as far as i know they are still on kernel 5.4 or 5.6 because later kernel had some issues with NVME drives. But that should be fixed in kernel 5.10.

View PC info
Solus Budgie rocked up to my permanent No2 OS when I realised that since it's basically GTK3 I can use the Sweet theme. Everyone wins.
It may take over as No1 if I ever get fed up of Salient
0 Likes
While you're here, please consider supporting GamingOnLinux on: