A fresh Beta update is available for the Steam Client and this time it's a big one. Overhauling the Downloads page, and the Steam Library manager is finally more useful.

Valve say the new Downloads area is a "minimal and more focused design with stronger CTAs (Calls to Action)", and the style overall much better matches the new Steam Library too. The new colouring is also supposed to help the visually impaired, which is always nice to see more of a focus on. Updates downloading will show the total progression completed instead of just the download progress, where it previously did not have the disk allocation as part of it which it now does.

Another nice little addition: drag and drop. No more needing to tap the tiny little icon, just drop updates into the queue - very useful and a change I'm going to enjoying using since I have tons installed that always seem to want to update. If a game update includes more than just normal game content, there will also be an (i) icon to give a tooltip of what's in it. 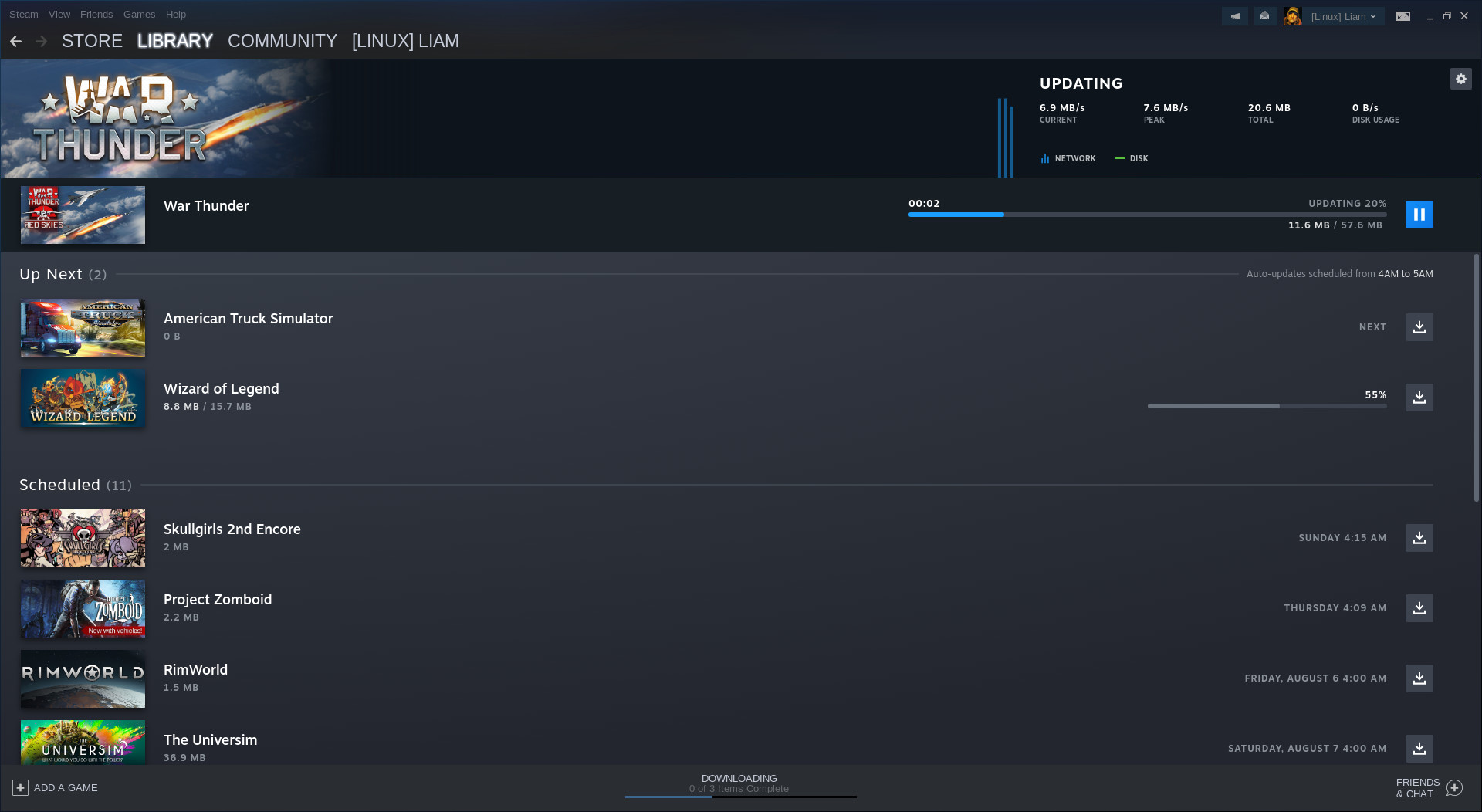 The Steam Library manager also saw a big overhaul. It's no longer just a plan box with a list of drives setup. Now, it's a proper interface for seeing what games are on each drive. Giving you the ability to quickly switch between them to see how much space each Steam Library setup is taking total on the drive, plus individual details for each game - including when you last played them - making it easier to purge those you no longer actually play too. 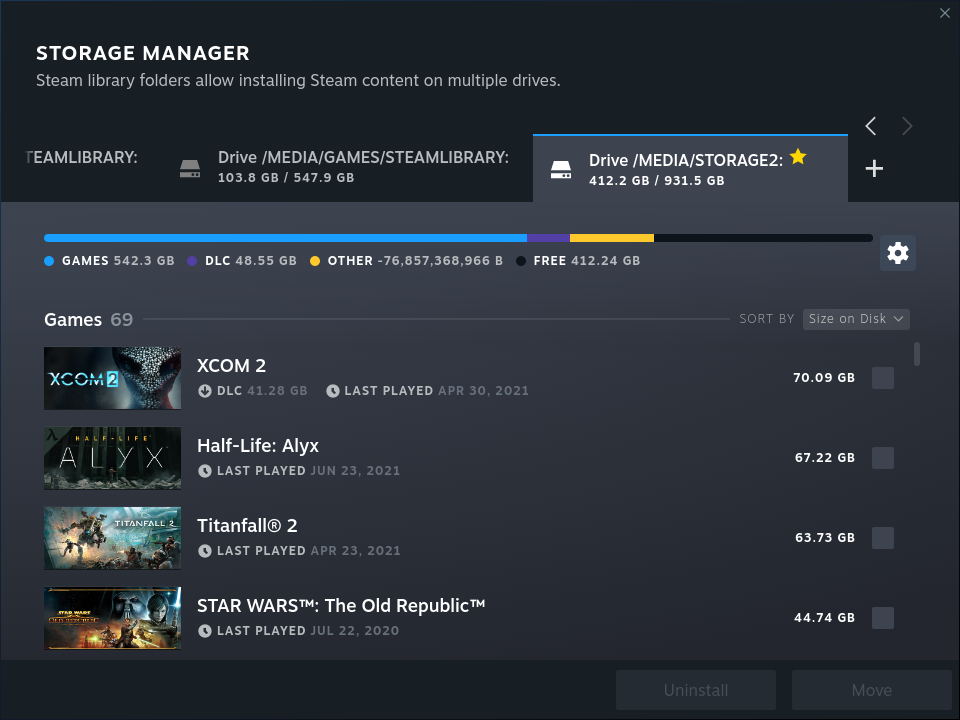 A lot of this is probably helpful for the Steam Deck, so the new Big Picture UI can also hook into these changes. Overall though, Valve just continues to try and make Steam a better client. Can't argue against the changes done here, they all seem to be much better than what came before.

Steam Input, their API for hooking into gamepads also saw some nice upgrades to reduce CPU usage and add support for the current set of PowerA Xbox Series X controllers.

On the Linux side we also saw multiple improvements:

About the author - Liam Dawe
I am the owner of GamingOnLinux. After discovering Linux back in the days of Mandrake in 2003, I constantly came back to check on the progress of Linux until Ubuntu appeared on the scene and it helped me to really love it. You can reach me easily by emailing GamingOnLinux directly and find me on Mastodon.
See more from me
Some you may have missed, popular articles from the last month:
The comments on this article are closed.
30 comments
Page: 1/3»

Eike 30 Jul, 2021
View PC info
Speaking of the Library manager, when I go into the directory I always find myself surprised how many games leave some stuff there that I actually uninstalled (I'm not keeping games around which I don't play)...
0 Likes

"library pinning process is significantly faster at startup after runtime updates"
Nice, i'm always wondering why Steam is so long to start.
1 Likes, Who?

Quoting: EikeSpeaking of the Library manager, when I go into the directory I always find myself surprised how many games leave some stuff there that I actually uninstalled (I'm not keeping games around which I don't play)...

Are you sure that’s not the saves and users settings? Keeping saves and others user-related stuff, so I can continue if I reinstall the game is expected for me (and, for any user that can’t keep all their games always installed because of disk space, and have to rotate between them).
0 Likes

Thanks, i will look at that.
For me the problem is obviously here:
CApplicationManagerPopulateThread took 27010 milliseconds to initialize (will have waited on CAppInfoCacheReadFromDiskThread)


How do you get that info?
0 Likes


How do you get that info?

By lauching Steam from CLI.
The bad news is that library pinning update will not change anything i think.

View PC info
Along with their Steam mobile app updates I wonder if they are FINALLY doing unified webdev and are just gonna re-use same or similar components on all type of screens: desktop, mobile, and big picture.
0 Likes
TheRiddick 30 Jul, 2021

View PC info
Still waiting for that anti cheat support to drop but not happening yet. I've tried to get developers support wine64 platform on EAC (a option btw), but it appears they just ignore me like I'm made of glass... (many attempts)
0 Likes

View PC info
I just hope the base UI get's a update ASAP.

Kinda ugly seeing the new and old stuff mixed together.
0 Likes
1/3»
While you're here, please consider supporting GamingOnLinux on: