Kathy Rain: Director's Cut is the definitive edition of the popular point and click mystery adventure from Clifftop Games and Raw Fury. It's out now and it comes with native Linux support.

Originally released in May 2016 where is gathered only a modest attention, but won over fans of the genre over time thanks to its compelling story, excellent voice acting, and clever puzzles. Kathy Rain eventually found its audience, achieving over 1.2 million users on Steam alone. The original wasn't supported on Linux but this expanded and improved edition of it is. 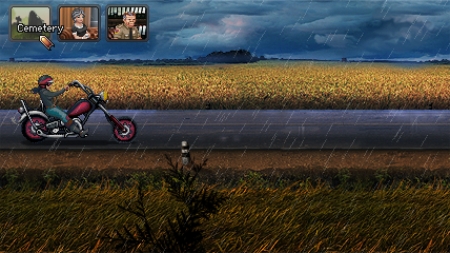 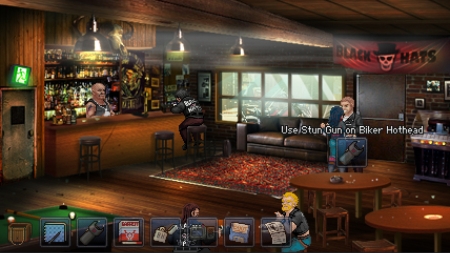 "Set in the ‘90s, Kathy Rain follows a strong-willed journalism major (Kathy) who returns to her small hometown of Conwell Springs following the death of her grandfather. But it isn’t long before questions surrounding her grandfather’s final days begin to arise, spurring Kathy into action as she seeks to uncover the dark secrets of the town she left behind. What are the people of Conwell Springs hiding? With limited technology, Kathy will have to use her wits alongside her notepad and trusty motorcycle to reveal this deeply personal mystery."

You can see the trailer on YouTube, which we cannot embed here as they've put an age gate on it.

Available to buy on GOG, Humble Store and Steam. If you own the original some stores will give you 50% off.

View PC info
Looks quite similar to the awesome Full Throttle - I played through its remaster a year or so back. I'll definitely take a look at this.
0 Likes

Quoting: scaineLooks quite similar to the awesome Full Throttle - I played through its remaster a year or so back. I'll definitely take a look at this.

View PC info
It's nothing like Full Throttle, scaine.

I'm enjoying it, mind, but the similarities are mind-boggling. It starts off very linear, with a very limited number of locations that expands slowly as you do stuff, so that's different from GK. That one was quite overwhelming from the off.
0 Likes

View PC info
I never played any GK games, so that won't bother me. Loved Broken Sword series though and I've mentioned Full Throttle, of course.
2 Likes, Who?
While you're here, please consider supporting GamingOnLinux on: