CitySlicker is an upcoming high-end case for the Steam Deck

With the Steam Deck releasing on February 25, we're starting to see more of a build-up around it from all areas. Not just games but accessories now too like the CitySlicker carrying case from WaterField Designs.

This is what they say is a high-end case, that was designed as a result of feedback they gathered from other 1,200 members of their community. Made to look good as well as be functional, there's quite a lot to like about this - although, it does look perhaps a bit overly business-like.

It has space for the Steam Deck, a USB-C Cable, SD Cards, Earbuds, a HDMI cable and space enough they say to comfortably fit in an Anker PowerCore+ 20100 for charging on the go. Coming in 8 different colours, it's made with what they say natural full-grain leather with "no skimping" on the details. 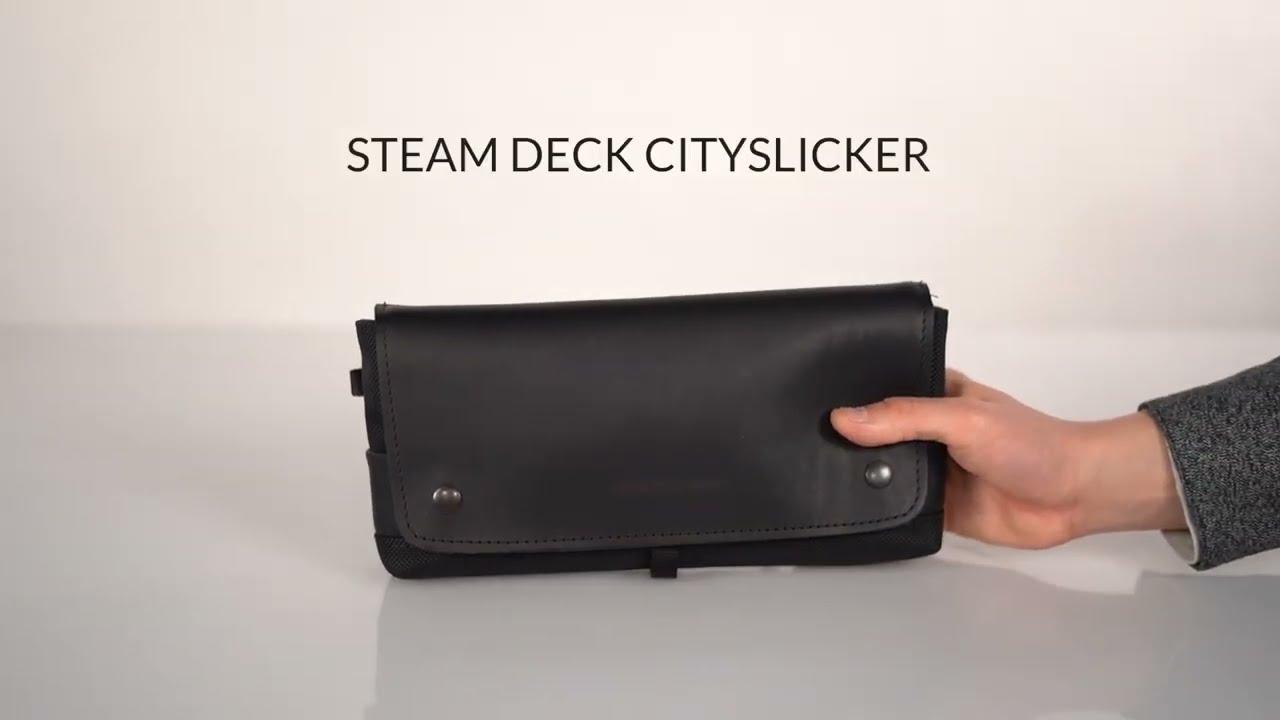 Pre-orders open at 6 PM PST February 17th / 2 AM UTC February 18. According to their delivery page they offer international shipping. Likely won't be cheap either but for protecting your Steam Deck, it's probably best to not compromise on quality while you're lugging it around eh? No price has been revealed but going by their other products like their similar Switch case it goes for $88 - so that should give you a vague idea.

Eike 11 Feb
View PC info
I'd never buy such a thing (though it does look nicely soft!), but I guess it's good to have an ecosystem around the Steam Deck, and companies that are optimistic about it.
6 Likes, Who?

View PC info
Well, the SD comes with a case so it's a case of not being satisfied with that and looking around for something else.

I have 2 cases from Waterfield and they're very nice. I wish I'd got their PSVita case as well, they no longer make that, unfortunately. :-(

WildCoder 11 Feb
When Linus who will sell anything for a buck says the Deck's case is so nice that they've given up on the idea of making their own. This seems more like a fashion statement that really useful IMHO.
3 Likes, Who?

Quoting: slaapliedjeHa, finally an excuse for men to carry around purses?

Quoting: slaapliedjeHa, finally an excuse for men to carry around purses?

i think you will find that's called a murse.

Why does that concept exist?
My wife has gradually used purses less and less over the years, the pull of fashion and socialization losing out to the fact that backpacks are just so much better for actually, you know, carrying stuff in.
So why would guys deliberately subject themselves to them when society doesn't even expect it?
4 Likes, Who?

Quotealthough, it does look perhaps a bit overly business-like.

That's a feature, not a bug.

How else to disguise bringing one's Deck along to boring business functions?

Quotealthough, it does look perhaps a bit overly business-like.

That's a feature, not a bug.

How else to disguise bringing one's Deck along to boring business functions?

Isn't that what home office was invented for?!? :D

elmapul 11 Feb
View PC info
i dont think its common to make accesories for an product that didnt launched yet, but i think they're smarth, i mean, the deck hasnt even launched yet and it already have an bigger library than switch relased years ago, it pretty much cant fail unless it has some critical hardware oversight that kill it (eg: red rings of death)
1 Likes, Who?
1/2»
While you're here, please consider supporting GamingOnLinux on: