Nightmare Reaper is a quality retro-themed FPS out now

Nightmare Reaper, a retro-inspired FPS that blends together elements of a looter-shooter and a sprinkle of RPG mechanics, recently left Early Access and it works great on Linux and Steam Deck. With Steam Play Proton, it's a perfect experience. Note: key provided for me by Evolve PR.

A blending of many ideas from classic first-person shooters, a lot of the inspiration in the graphical style and level design is clear but it has plenty of modern tweaks too. While modern shooters continue to push the boundaries of graphics, they've lost a lot of what made them fun — which is why games like Nightmare Reaper are just so good. Absolutely pumping action with some great visual effects. 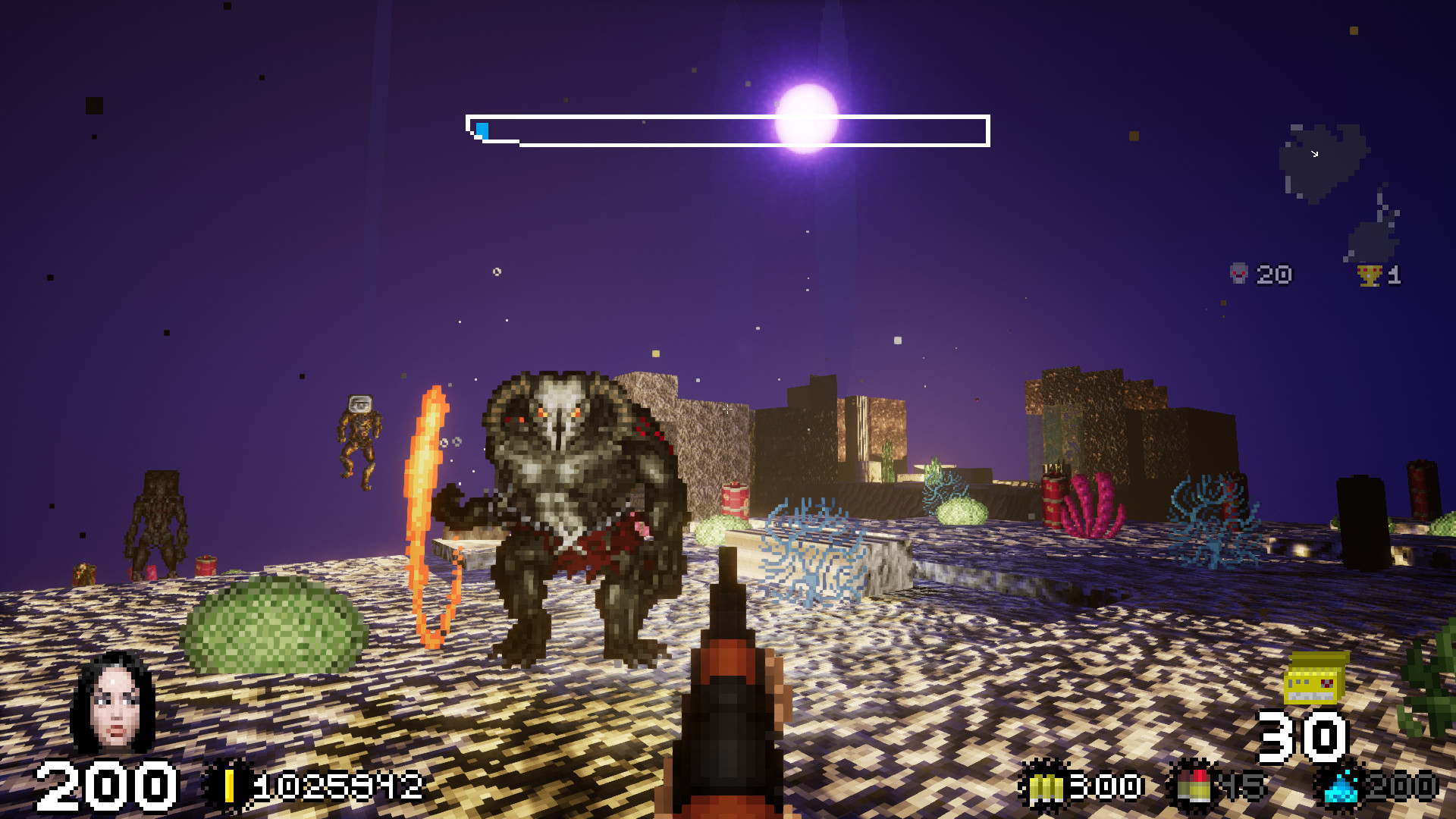 Your character is currently living in some sort of mental institution, and you've clearly not had an easy life. When you go to sleep, you sort-of lose grip on reality as each dream becomes a fight for your life in dark dungeons. The story might not be anything to write home about but that's okay, the gameplay and fast-paced shooting fully makes up for that side of it. Frankly, I could happily play through all the action without a hint of story because it just flows together so nicely.

Some of it is just complete chaos too, especially when you have the different enemy behaviours to account for while a few of them run right at you. Never a moment to panic though, with the speed of the game and the power of your weapons, ripping and tearing feels great here.

Here's a short look at it on Steam Deck: 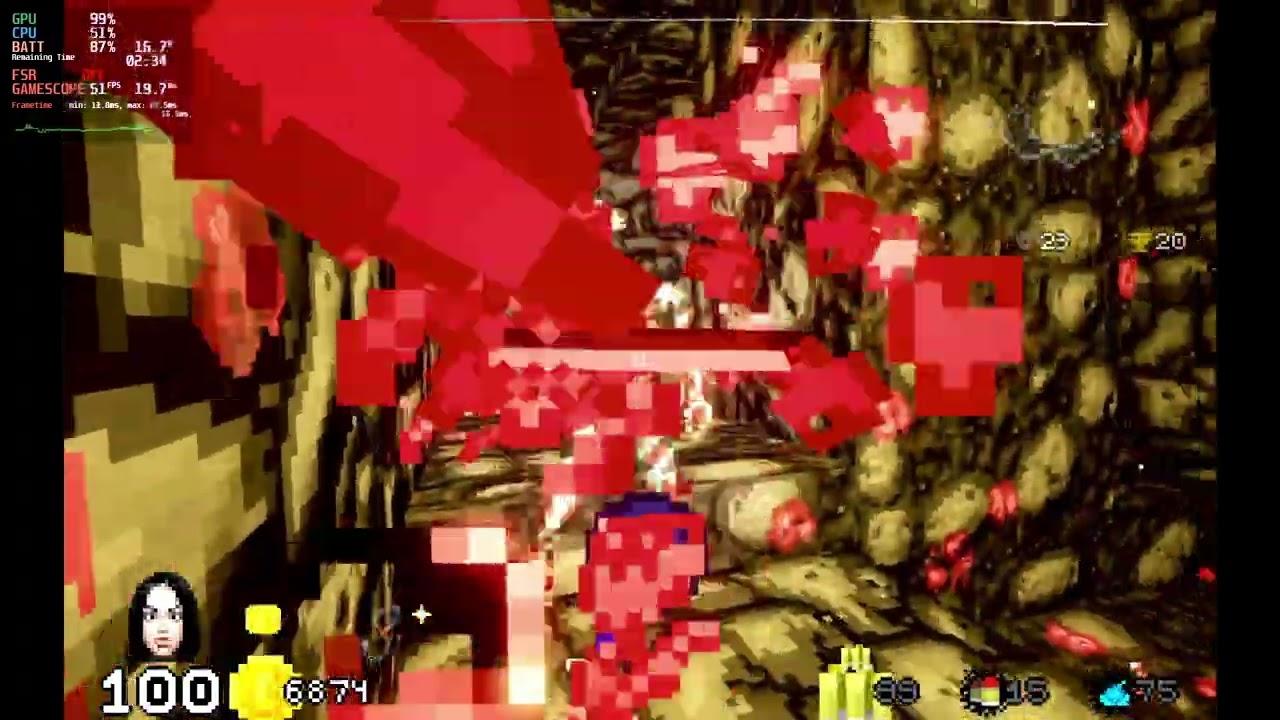 Quite challenging at times too. While some of the enemies are easy, others are quite the bullet sponge and deal powerful blows you will need to try and quickly get around. Outside of the combat, there's a few places that need some careful platforming too.

You won't play the same game twice either, as it also merges random level generation with manually crafted levels too, so there's plenty to enjoy as your run through. Not only that, there's quite a few different types of weapons to get to allow you to mix and match your play-style. On top of that, weapons have different levels to them so there's plenty of customization on offer as well. It all adds up to an experience you can't forget.

Thoroughly entertaining, a little gory at times but the pixel style of it with the 2.5D theme really looks awesome. It hits the exact spots you want in such a shooter and you shouldn't miss out on this one.

View PC info
This game is wishlisted very hard (like, a 9.5 / 10 wishlist, would wishlist again if I could).

View PC info
It is worth mentioning that the dev uses Proton as an excuse for not even trying to make previously promised Linux version. I rather pass.

Quoting: rea987It is worth mentioning that the dev uses Proton as an excuse for not even trying to make previously promised Linux version. I rather pass.

If Proton runs it to perfection, there's not really a problem.
0 Likes

Quoting: Liam DaweIf Proton runs it to perfection, there's not really a problem.

I definitely disagree, backtracking like that isn't a great look especially since other reviews say Proton is hardly running it "to perfection".

Quoting: Liam DaweIf Proton runs it to perfection, there's not really a problem.

I definitely disagree, backtracking like that isn't a great look especially since other reviews say Proton is hardly running it "to perfection".

Looking on ProtonDB, only one even semi-recent user review had issues with it, issues I've not seen - it worked perfectly.

As for the "backtracking", this is part of the point of Proton and where Linux gaming is - developers don't need to always port if Proton works well enough and it's hardly ever been financially worth it for them to do so. Until the Linux user share is higher (which may come with the Deck), Proton is the bridge we need. Complaining about it enabling a game work on Linux, and berating a developer because they chose not to do a Native build doesn't really help anyone at this point.

The situation is different if they took money (like crowdfunding) but they did not.

Keeping in mind their original comment as July 2019, a lot has happened since then with Proton.

Quoting: Liam DaweComplaining about it enabling a game work on Linux, and berating a developer because they chose not to do a Native build doesn't really help anyone at this point.

Kindly pointing a broken promise is not berating. Please do not take things out of context.
2 Likes, Who?

Quoting: Liam DaweComplaining about it enabling a game work on Linux, and berating a developer because they chose not to do a Native build doesn't really help anyone at this point.

Kindly pointing a broken promise is not berating. Please do not take things out of context.

I have to agree with this.
Proton is not a reason to not deliver on a promise.

That said... was there ever actually a promise? Or was there just a "we'll investigate the possibility"?
Latter could easily turn into "well, Proton seems to work just fine so we'll go with that" and not be a broken promise.

And I agree with Liam, if Proton does work perfectly fine, I don't care if I use that or native.
In the end I'm in it for the game, not for the exact kind of compiler used to compile the executable.


Last edited by TheSHEEEP on 5 April 2022 at 5:45 am UTC
0 Likes
While you're here, please consider supporting GamingOnLinux on: