Black Ice is an indie first-person looter-shooter about hacking in cyberspace, I'm quite fond of it but it's not very well known even though it's a lot of fun. A big new update just rolled out with a bunch of extra content.

You run around hacking these big servers, that each have a different difficulty rating. When you start hacking, you have to start within the hacking zone and defeat the various enemies that appear. It gets seriously frantic and it has grown dramatically since I last took a look. The various weapon types are seriously fun to use as well.

In this new update it adds in multiple new enemy types, new types of servers to hack including one that will damage you if you leave the hacking area, new weapons, performance improvements, player nameplates in multiplayer, tons of new additions to the world and more. They also have a new trailer below: 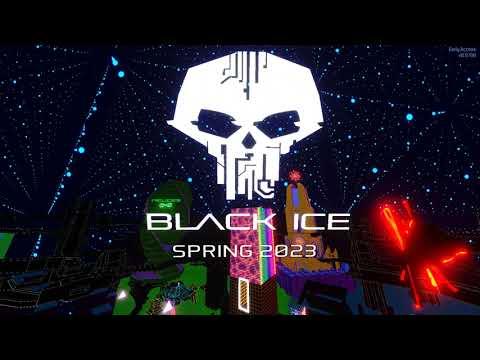 You can find Black Ice on Humble Store and Steam. Seems like the version on itch.io is quite out of date.

Like the shadowrun vibes within this one - from the asthetics to the title (ICE stood for Intrusion Countermeasures within the Shadowrun Universe).
1 Likes, Who?

View PC info
It’s a nice looter-shooter, and thanksfully, you can tune down the Bloom Neon Eyes Killer effect to 0.1.
Playing it from time to time since early 2018.
0 Likes
While you're here, please consider supporting GamingOnLinux on: