A statement from HOF Studios about the Depth of Extinction Steam key removal, plus thoughts

After writing about how the developer of Depth of Extinction revoked a user’s externally purchased Steam key after leaving a negative review, the developer reached out to give a statement. 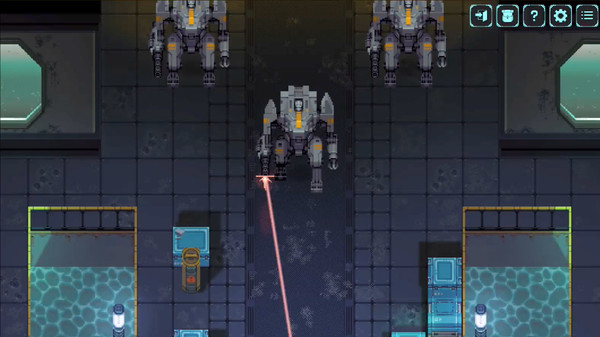 Here’s what they said completely unedited and in full, quoted with their permission:

This game was my whole life for three years, and I was unprepared three weeks ago for how the launch and first wave of negative reviews would impact me emotionally. I reacted poorly to a negative review by a person who had purchased our alpha key on a different platform. I took the review personally. My response of revoking the key was wrong and I will not try to explain it away, but will take full responsibility. I gave them a new key the next morning after they emailed me and I also apologized to them over email. Here's a further apology to anyone else who is offended by these events - I am truly sorry for my actions. I'm hoping that I can use this incident to continue to grow and mature as a human and as a game developer.

I’m glad the developer decided to reach out about this, to help clear the air.

Do I think they did an incredibly stupid thing? Absolutely. Let's be clear on this as they said so themselves, they did do it and they did mean to. It's a situation that should have never happened in the first place. It took the user realising it had been done to bring it to light, otherwise they would have gotten away without understanding how wrong it was and why. However, it was a very human response and I don’t think they’re the devil. No one is infallible. Steam is an incredibly competitive environment now (especially for indies), far more than it ever was and the initial bunch of reviews can completely sink a game. It's why so many developers are desperate for more user reviews as it affects how they're shown across Steam.

Do I think people should now refuse to support them? No. People do make mistakes, sometimes rather colossal ones but it doesn’t automatically mean they’re a terrible person. I’m still really not impressed with what they did in the heat of the moment but I always feel that people should be given a second chance.

There has been some confusion on it across the web, since the previous article was shared in many places by others.

I did try to make it clear about it not being a direct Steam purchase noting in the title it was a “Steam key” and explaining exactly where it came from in the text. To clear that up for sure, direct purchases from Steam cannot be simply revoked by a developer at the click of a button. The issue here, is that the developer gave out "beta" keys to people who purchased it on itch.io which can be revoked, which is of course another thing that wasn't done right.

Regardless, a point I feel I need to make, is that even if it was a free key for a review as some believed, you do not give keys to people for a good review—that would be review manipulation and that’s absolutely not good either.

To make something else clear, we will report on both good and bad news and not shy away from it. Regardless of it being from a AAA or an indie. To filter out bad news and business practices, just because “they’re a small developer” or any other reasons would not be the respectable thing for us to do. As always though, I will absolutely take feedback on board about how we frame things, it's important to me personally to keep improving.

Article taken from GamingOnLinux.com.
Tags: Editorial, Misc, Steam
30 Likes, Who?
We do often include affiliate links to earn us some pennies. We are currently affiliated with GOG, Humble Store and Paradox Interactive. See more here.
About the author - Liam Dawe

View PC info
I agree, people make mistakes. And with life on the internet, things can be especially hard. And with the key restored and the apology everything with regard to the dev is good now in my opinion. What will last longer is the discussion about keys, ownership and how easy it should be to have it taken away.
20 Likes, Who?

bubexel 21 Oct, 2018
View PC info
Yes, ppl should know that world is full of haters, and they will hate you and your game. Doesn't matter what you do, its a fact. The best way is just to ignore those haters.
4 Likes, Who?

Eike 21 Oct, 2018
View PC info
Excellent open and honest answer. It was a mistake, but developers are humans, too. Case closed, IMHO.
15 Likes, Who?

View PC info
I do not fault the developer so much as I fault the Steam platform for facilitating the ability for a buyer's game to be removed from their "possession". In a fit of emotional consternation, the DoE dev simply abused a DRM functionality.
8 Likes, Who?

View PC info
I do think it's a big point in their favour that not only did they not try to backpedal or get out of it, they recognized exactly what they did wrong and took steps to make good with the affected party and the community.

If anything, the worst villain here is what seems to be a loophole that allowed the dev to revoke the key in the first place.
7 Likes, Who?

View PC info
“To learn to succeed, you must first learn to fail.”
Michael Jordan (according to the all-knowing Internet)
5 Likes, Who?

"Quotes on the internet are most times attributed wrong." Albert Einstein
9 Likes, Who?
mao_dze_dun 21 Oct, 2018
Hey, we owned up to it 100% props for that. It was an incredibly stupid thing to do, but I respect people who take responsibility of their mistakes. Hope he can fix the game and be successful enough.
6 Likes, Who?

"Quotes on the internet are most times attributed wrong." Albert Einstein

Excuse me, but I think if you do your reasearch you'll find that Abraham Lincoln said that.
8 Likes, Who?
1/3»