An update on the Linux version of We Happy Few

For those awaiting the Linux version of Compulsion Games' We Happy Few [Official Site], the rather strange action/adventure game set in a drug-fuelled, retrofuturistic city in an alternative 1960s England we have an update for you.

The update comes from the Chief Operating Officer/Producer at Compulsion Games, here's what they said:

We have a linux build running internally and now up-to-date with the latest content, but need time for QA. Once we get this patch done, we may look at making a preview branch version available on Steam for early testing.

With that in mind, we could see a preview version within a month or so, but as always delays can happen especially if they find some game-breaking issues that need to be solved first. It's really pleasing to know they're not going to let us down! 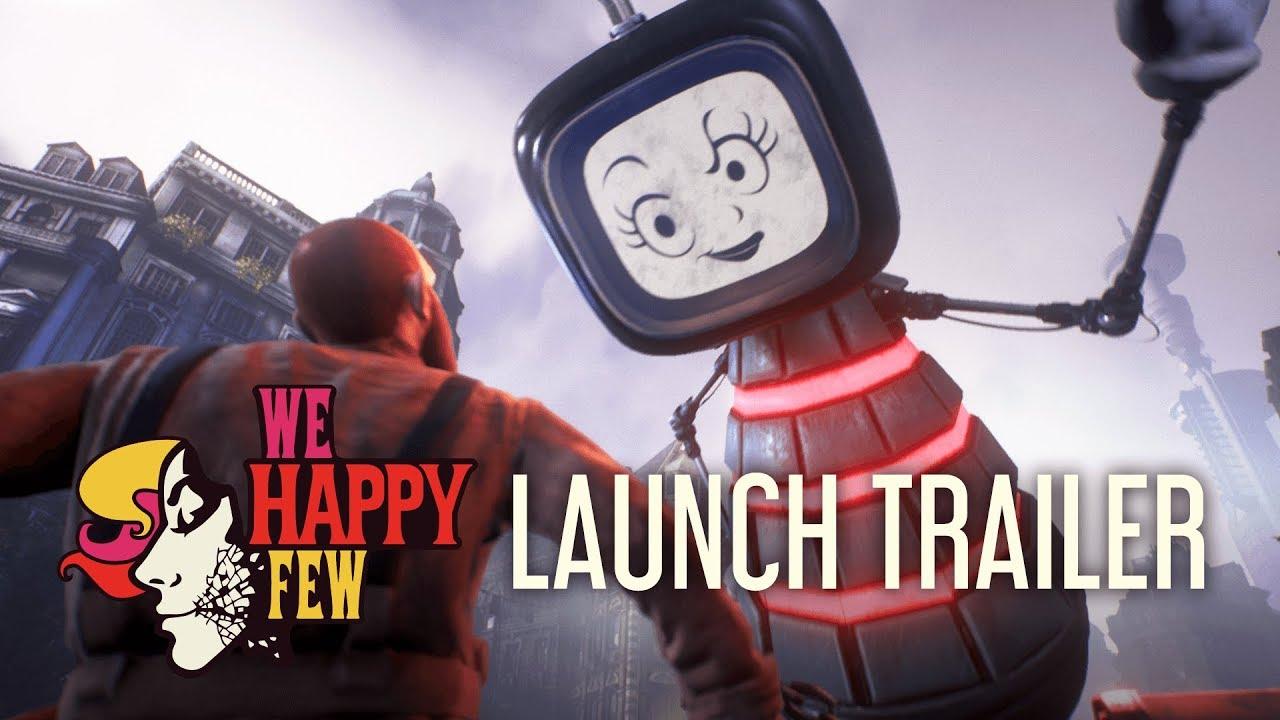 They've had a bit of a rocky launch, which is actually good for us since when it arrives some of the launch issues will have been sorted out. It's currently sat with a "Mostly Positive" rating on Steam, with a Metacritic score of 63 meaning the reception has so far been pretty mixed overall.

I'm personally still rather excited, the setting alone sounds very interesting. Breaking bugs aside, I've often found myself really enjoying games others have blasted in a review so to each their own, as always.

I am the owner of GamingOnLinux. After discovering Linux back in the days of Mandrake in 2003, I constantly came back to check on the progress of Linux until Ubuntu appeared on the scene and it helped me to really love it. You can reach me easily by emailing GamingOnLinux directly.
See more from me
Some you may have missed, popular articles from the last month:
The comments on this article are closed.
9 comments
x_wing 5 Sep, 2018

View PC info
Excellent! I'm really waiting for this one. Hope we can test it on Linux in no time.
2 Likes, Who?

View PC info
Good news indeed! I'm looking forward to it as well. I played a little bit of the In Development version using WINE along time ago, and was pretty pumped about it back then.

I think much of the disdain for the game comes from the pricing and packaging changes that happened very publicly through the development. I might be more bitter about things if I'd paid full price. As it stands, I've paid $30CDN (about $23USD) for the game, which at it's current price, seems like a steal!
0 Likes

Quoting: x_wingExcellent! I'm really waiting for this one. Hope we can test it on Linux in no time.

play it with proton. i should work
and you can compare the performance with the nativ version
0 Likes

I’m interested but given the current reviews I’ll wait for the price to go down a lot.
0 Likes
x_wing 6 Sep, 2018

Quoting: x_wingExcellent! I'm really waiting for this one. Hope we can test it on Linux in no time.

play it with proton. i should work
and you can compare the performance with the nativ version

I'm will only buy games to play with steamplay with best offer I can get (i.e. buy them on good discounts, humblebundles or those nasty pages like g2a). But, if the devs are working on a native release, I'll wait for it and pay the full price (as I've been doing so far). From my point of view, is the only way I can reward the devs work.
9 Likes, Who?
Purple Library Guy 6 Sep, 2018
This is one of those times when the reasons for mixed reviews are important. If it's because of bugs and instability, it could be a great game underneath that, which will show its worth once they get things fixed up. If it's because it's lame, that's harder to fix. I hope it's the former because this really feels like something I'd like.
0 Likes

Quoting: Purple Library GuyThis is one of those times when the reasons for mixed reviews are important. If it's because of bugs and instability, it could be a great game underneath that, which will show its worth once they get things fixed up. If it's because it's lame, that's harder to fix. I hope it's the former because this really feels like something I'd like.

Unfortunately, the main issues seem to be of the latter character. The concept changed when they got Gearbox onboard, from a conceptually pretty generic, procedurally generated survival game to a full story based big release. And supposedly there's too many signs of "old code"/old concept left in the game, leaving it falling between two chairs. Sadly, cause I had high, HIGH hopes for this one!

I'll still buy it though, out of sheer stubborn spite. But this has probably gone from being a candidate for my GOTY to my biggest disappointment this year.
0 Likes

View PC info
Waiting for the GOG release as a backer.
0 Likes
While you're here, please consider supporting GamingOnLinux on: