Armello, the really fun digital board game now has a new DLC with new playable characters

Armello [Official Site] is a digital board game about taking the throne from a dying king, it's good fun and they have a new DLC available. 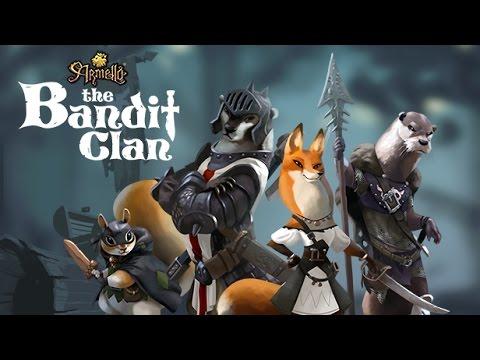 YouTube videos require cookies, you must accept their cookies to view. View cookie preferences.
Accept Cookies & Show   Direct Link
Note: I spoke to their PR team who confirmed that the Armello developers still have no plans to support DLC on the GOG version (more on that here and here).

I've played the game a few times by myself and also against Samsai during a livestream quite some time ago, it's really fun and a rather unique experience. If you don't mind their stance on their GOG version, I do recommend trying it out. Article taken from GamingOnLinux.com.
Tags: Board Game, DLC, Steam, Strategy | Apps: Armello
2 Likes, Who?
We do often include affiliate links to earn us some pennies. We are currently affiliated with GOG and Humble Store. See more here.
About the author - Liam Dawe

View PC info
I still don't have their previous DLC. £7 for four new characters is a bit expensive for me.
0 Likes

View PC info
I've had my eye on this one for a long time. I love the character designs, and I like turn-based strategy, but the reports in the Steam reviews of bugs paired with my lack of free time have prevented me from picking it up. But if you've played it and haven't had a problem, even on Livestream where bugs can be fatal, then that's definitely a good sign! Soon... soon I will find the time to play it and pick it up!
0 Likes

Crazy Penguin 30 Apr, 2017
View PC info
I'm not buying it as long there are no DLCs on GOG.
0 Likes
While you're here, please consider supporting GamingOnLinux on: