As sometimes happens, I cover a Beta version of a game that later gets released that same day. The Leaderboards update of Ballistic Overkill [Steam] is now live and it fixes the fullscreen issues on Linux.

If you missed the previous article, here's how the Leaderboard system looks: 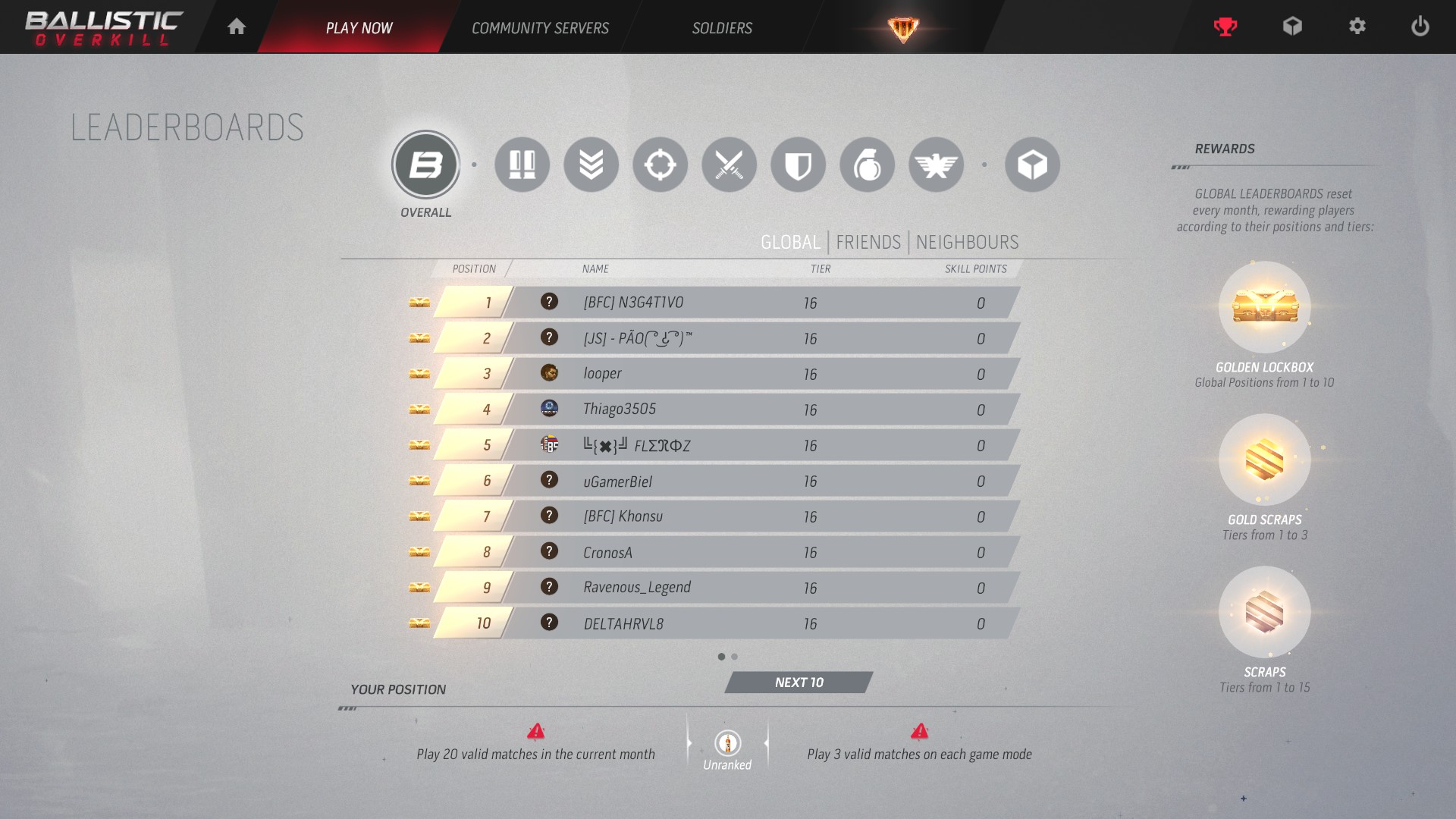 Also, you no longer need to edit any config files or run any launch options for the game to work properly on Linux. It seems this with this new version, the developers updated Unity so we no longer need workarounds. This is great, because it makes this cheap and easy going FPS more accessible for Linux gamers again.

They've also started the third gameplay season, so new skins and accessories can be earned with their 100% lockbox system. That's another reason why I like it, they don't make you pay to open boxes like some games do.

Quoting: FireBurnDoes it have Vulkan enabled?