By Liam Dawe - 26 October 2015 at 10:08 pm UTC | Views: 8,563
As a big fan of the XCOM games, I was really excited to see what the original designer could do with his next game. Chaos Reborn is an interesting take on the fantasy turn based strategy genre. 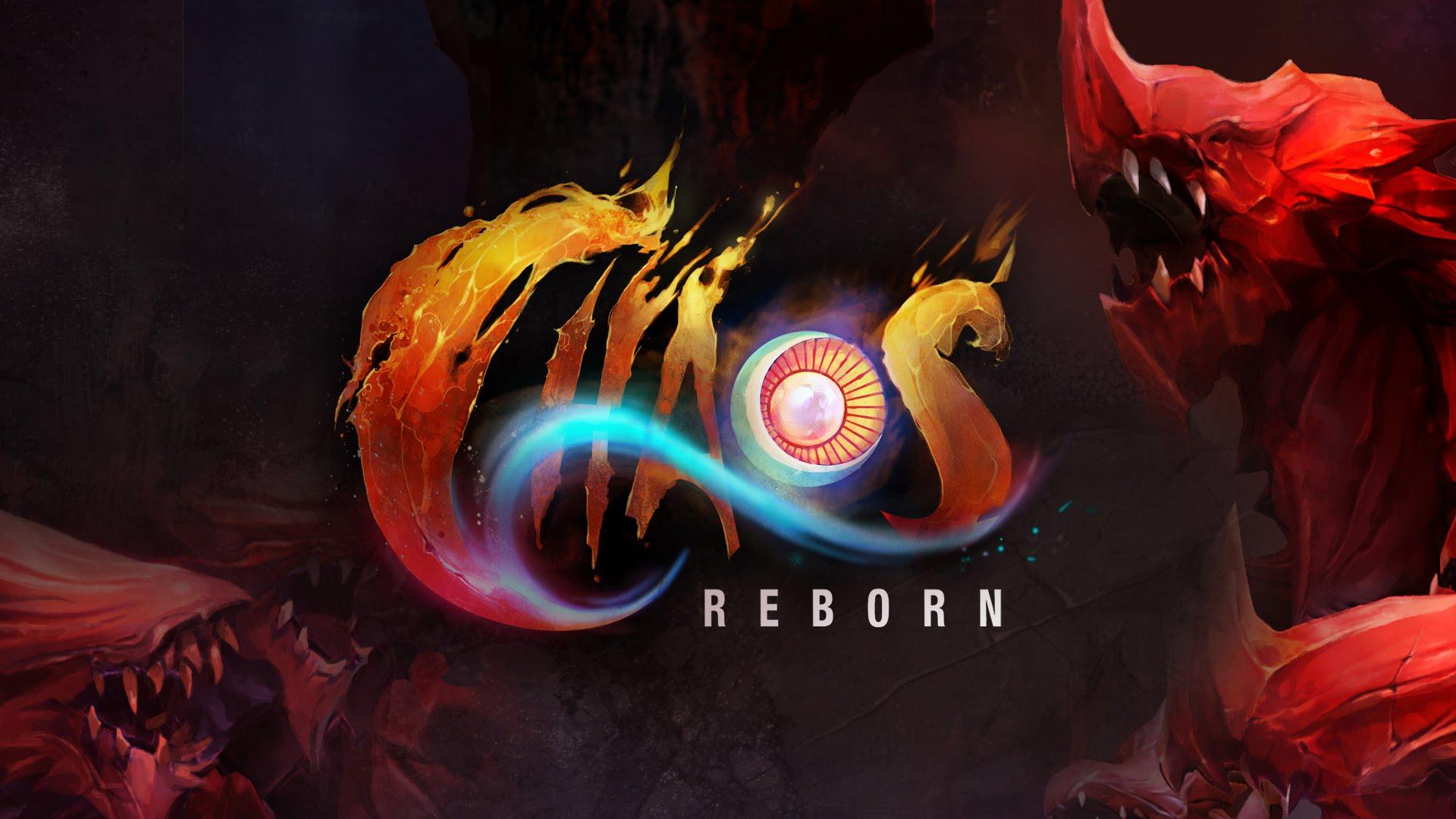 YouTube videos require cookies, you must accept their cookies to view. View cookie preferences.
Accept Cookies & Show   Direct Link
I actually played it a number of times during the Early Access period, and was surprised that I was always able to find a game online. I was impressed at how stable it was, and how good it looked and felt.

Annoyingly though, it does have multi-monitor problems on Linux (thanks Unity), it will start with a resolution width of all your monitors, but display on only one. The below file is usually where you can edit your resolution, but it seems the game didn't respect my changes:

I was able to eventually get it out of fullscreen, and into windowed mode, but then the resolution picker was blank. So this wasn't the best of starts for a new release. Luckily, it seems only the text isn't rendering in the picker, so I was able to find my 1920x1080 resolution with a small bit of luck.

If you're on one monitor, you can ignore the above.

My thoughts
The visuals are fantastic, truly. I absolutely love the style of the maps, units, the cards and everything else. Sadly though, that is where my love for it starts and ends.

As for the online gameplay, it actually looks really great on the surface, but a lot of it really is down to chance. It's a turn based strategy with cards, so depending on what cards you get will heavily (in my opinion) decide your fate. Not only that, but each attack has a single chance to miss or kill the opponents unit, so again there's a lot down to chance there. Even the cards you hold have a certain percentage chance if they will even work or fail.

The game has left far too much of the gameplay down to chance, and not actually all that much about strategy.

I tried to play the single player, but you are forced to be online, and when I clicked the button I was greeted by a never-ending black screen. The second time seemed to work, but the single player seems to be just the same as the online battles, only with you moving around an overworld map with a couple of random encounters which don't really add much joy to the game.

Final thoughts: I'm actually quite sad that this is what became of the game I was so excited about, too much down to chance, too much focus on being online, and too little actual strategy to it.

View PC info
I backed this on kickstarter and so many bad reviews have outlined so many flaws and issues that I've yet to even download the game or play it! It's pretty sad to see a legacy like this fall flat. I'll play it eventually, but there are so many more interesting titles vying for attention right now.

Right! Back to Mushroom 11!
0 Likes
mcphail 27 Oct, 2015
I'm really sorry you hate this game, and felt compelled to create an account to counter the criticism.

I have to say, I love this game. I have been playing it since the proper Linux early access client was released, having played the original ZX Spectrum version since my childhood. The current set of rules capture the spirit of the original perfectly. My only regret is the user interface, where the "cards" can mislead new players into thinking the mechanics are like "Magic - the Gathering" or similar. That is only going to lead to disappointment, as this is a completely different game.

Chaos has always been a game about luck, and about managing the luck of the draw. In "Classic" mode, the starting spells are drawn randomly. The ultimate victor will be the player who knows when to take risks, when to play conservatively, and how best to protect his wizard. Think of it as a combination of chess and poker. There are no hit points, so you must always consider both attack and defence in every move. Powerful creatures can be toppled by the meek, and games often swing back and forwards at the whim of fickle fortune. A poor player may defeat a competent player by luck alone in a single game, but, over the piece, skill will shine through.

The community is great, and experienced players will take the time to explain the rules, tactics and strategy to new players. It can appear baffling and random at first, but, like poker, it is a matter of knowing when to play the odds, bluff or withdraw. Gameplay is rapid (most 2 player games last 5--10 minutes) but deep and satisfying.

The "equipped" mode gives the players a chance to influence their wizard's power and starting spell collection. I'm not so keen on this mode, as there is less balance between experienced and new players. The RPG mechanic is fairly weak, imho.

The "Realms" single player mode is online-only, as it is actually a cooperative RPG-lite, where you can call other players to your assistance. By contrast, there is also a fully offline single-player mode which pits you in an "Equipped" battle against the AI.

If you are unsure whether to try this game, try the original (under emulation) or one of the many remakes of the original to get a feel of the mechanics. If you like them, Chaos Reborn expands on them brilliantly. If you're looking for a card-based battle RPG with hit points, which forgives mistakes, you're looking at the wrong game.
3 Likes, Who?

lvlark 27 Oct, 2015
View PC info
As an avid Battle for Wesnoth-player, this title did have me intrigued. The hit-or-miss aspect sounds like a dealbreaker to me though. In Wesnoth (try it! Everybody!), it's about right to me: annoying sometimes, but mostly it's there to add depth to the game.
I'm also not very keen on multiplayer, which, it appears, makes this game even less appealing to me.


Quoting: mcphailGameplay is rapid (most 2 player games last 5--10 minutes) but deep and satisfying.

View PC info
@mcphail, I don't hate it, at all. I think it's nice looking, and the gameplay is interesting. I just don't like that the majority of gameplay is down to chance. You can only plan so much and try to outwit so much when everything you're doing can fail because of chance.
0 Likes
badber 27 Oct, 2015

@mcphail even if the game is otherwise not similar to MTG/Hearthstone would you say the amount of RNG involved in the game is similar? Those games are also all about managing the random factors and while the more skilled player will not always win, on average they will be much more successful.
0 Likes

Quoting: mcphailThink of it as a combination of chess and poker.

This describes the game well. I've only put about 3 hours into it so far, but I'm enjoying it a lot.

I never played the original Chaos, but I put countless hours into Rebelstar, which was also made by Julian Gollop for the ZX Spectrum. Rebelstar really laid down the basic combat system for XCOM, so it was impressive gameplay for the time.
1 Likes, Who?
mcphail 27 Oct, 2015

Quoting: badbereven if the game is otherwise not similar to MTG/Hearthstone would you say the amount of RNG involved in the game is similar? Those games are also all about managing the random factors and while the more skilled player will not always win, on average they will be much more successful.

I'd say a good player could not dominate lesser players to the same extent as those other games, as there is much less that can be done to skew the playing field before the game commences. A decent player will have a 60:40 win:loss ratio, whereas the masters can manage up to 80:20. A novice player will never be up against near-impossible odds (in Classic mode, anyway).

It is much more random than those comparator games, but, (perhaps, for some, surprisingly) more balanced as a result.

Quoting: lvlarkAs an avid Battle for Wesnoth-player, this title did have me intrigued

I'm a huge fan of Wesnoth. Both of these games share many subtleties and complexities. Hardly surprising, as some of the Wesnoth contributors are fans of the original Chaos.
0 Likes

View PC info
I find it to be very entertaining! I absolutely love the graphical style and the gameplay.
0 Likes
While you're here, please consider supporting GamingOnLinux on: