A rather interesting looking fast-paced FPS released with Linux support recently called Cold Space [Steam, Official Site], I took a look to see if it's any good.

The Linux build released only a few days ago, not long after the Windows version. The initial announcement said it was only for NVIDIA, but it seems it may work on AMD GPUs now too as it's listed in the system requirements. 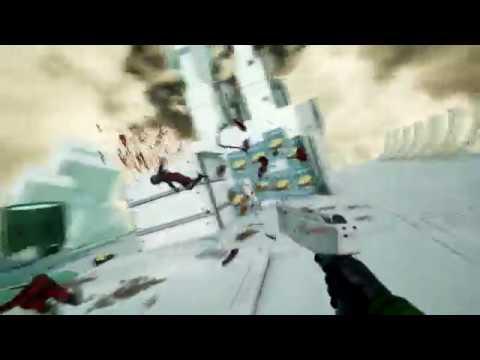 I tested it out for a bit and it's a bit rough, but if you do enjoy fast-paced shooters with the one-shot kill mechanic then it might be an okay choice. It currently only has two game modes: team deathmatch and domination. After trying out both, I can see the appeal with these types of games and I actually did have quite a bit of fun. If the developer continues to expand the game and polish the experience, it could end up being pretty decent.

I do like the spawn system, with people flying down in little drop pods, that looks pretty good. The retro sci-fi spaceman character is also quite amusing.

If you don't see any servers online, be sure to hit refresh. Right now, it seems it doesn't auto-populate the list. It's on sale on Steam with 75% off until January 24th. Don't go expecting much, but it might surprise you.

We do often include affiliate links to earn us some pennies. We are currently affiliated with GOG and Humble Store. See more here.
About the author - Liam Dawe
I am the owner of GamingOnLinux. After discovering Linux back in the days of Mandrake in 2003, I constantly came back to check on the progress of Linux until Ubuntu appeared on the scene and it helped me to really love it. You can reach me easily by emailing GamingOnLinux directly.
See more from me
Some you may have missed, popular articles from the last month:
The comments on this article are closed.
4 comments
PublicNuisance 14 Jan, 2018

played it for like 10 minutes and here's what I think:

1. the game feels like it's pre-pre-pre-pre-alpha
2. movement is junky, you come to a full stop before changing directions when trying to strafe
3. melee is non-obvious
4. jumping is absolutely pointless
5. crouching takes forever
6. game just kicks you to main menu right after a match has ended
7. server list appears only after you've clicked the button to search for a server, and even then shows wrong information about player count

Game spawned me right at the edge of them map, and while you spawn, you can't see anything because you're in a cloud of smoke, you also float for whatever reason, so I just "floated" off the map ...

Haven't touched player customization, so can't say anything about that.

3/10, can definitely improve. Right now it looks like they took default U4 assets and made a quick game out of them.

View PC info
My immediate thought was; "Just play Xonotic?". And after reading the experiences it actually sounds to be a good advice. Xonotic is a really really good classic oldschool arena shooter.

But great find, Liam! This is one of the reasons I trust this site when it comes to Linux gaming news - you are good at digging up also the smaller/more obscure titles, also outside Steam. That indirectly kind of guarantees that you'll not miss out on the bigger things as they happen. :)

Mine was UT99 instagib tbh :)
0 Likes
While you're here, please consider supporting GamingOnLinux on: