Maia [Official Site], from developer Simon Roth has just been updated with a pretty big update. There's a lot of polish in this update, literally so with a new floor cleaning robot.

I'll be honest, Maia is one of those games that I've always had a bit of a love/hate relationship with. Mainly because I love the simulation in it and the insane levels of detail, but it has previously been a little on the buggy side. Thankfully, the developer is massively dedicated and each update really has improved the game dramatically. This update is no different, it's made a world of difference.

Firstly, colonists will leave footprints, dust and so on around your base, so you can have a new friendly cleaning robot make your floors nicely polished: 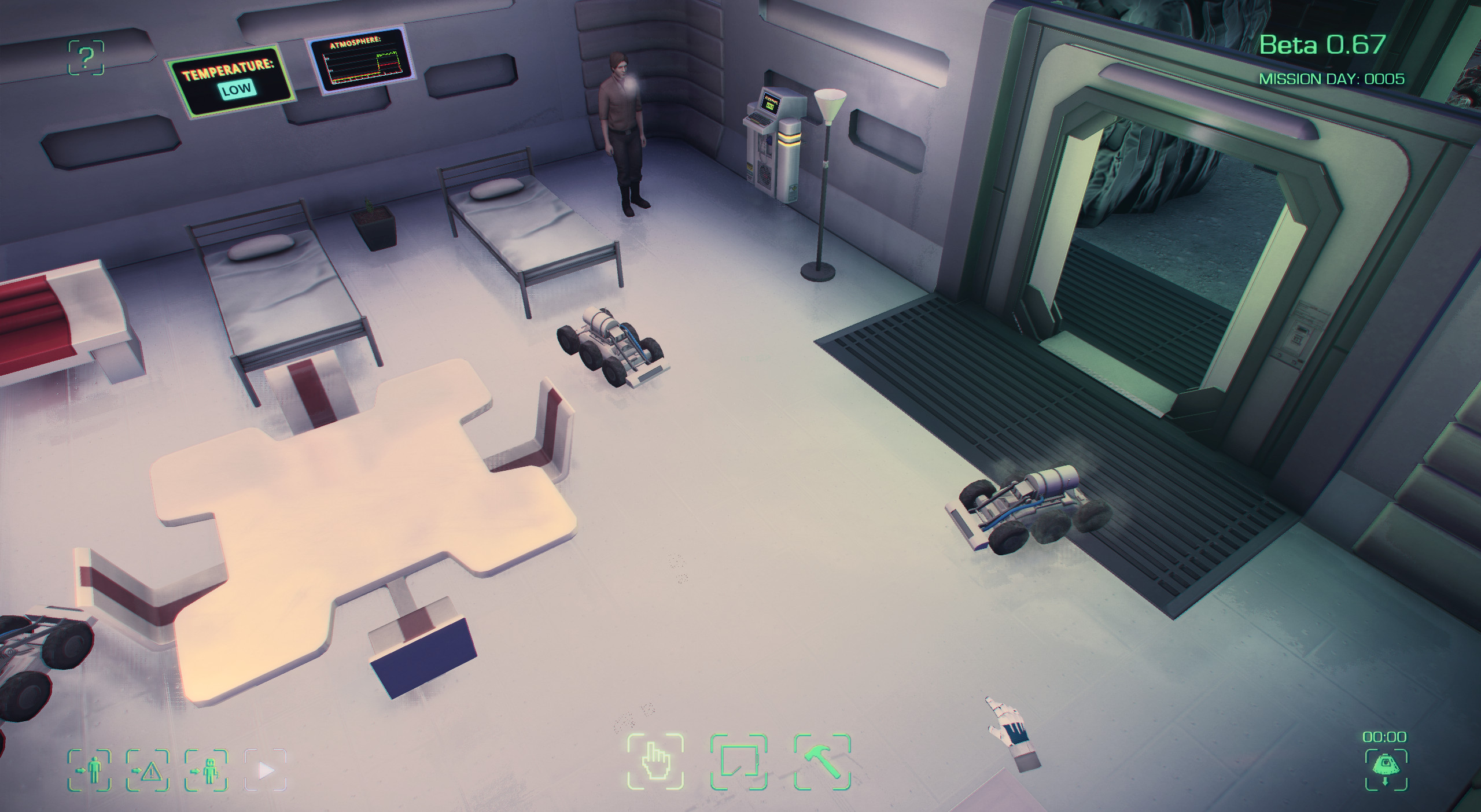 You might notice the new screens on the side of the room, which is another new addition. At a glance, you can now see details of each room for things like temperature, atmosphere and so on. It's a small change, but not only does it look good it makes the game a lot easier to get a feel for how you're doing too. These screens are built by you, you can have multiple and you can click on them to switch them between different details—very nice!

There's also a new propagator to grow seeds for your hydroponics, giving an added level of realism to the game and plenty of bugs have also been fixed to make it a smoother game. By far one of the nicest features is the new exterior rendering, with more snow and ground water details and they added a new volumetric effect outside will render fog, dust and smoke with realistic movement depth and shadows: 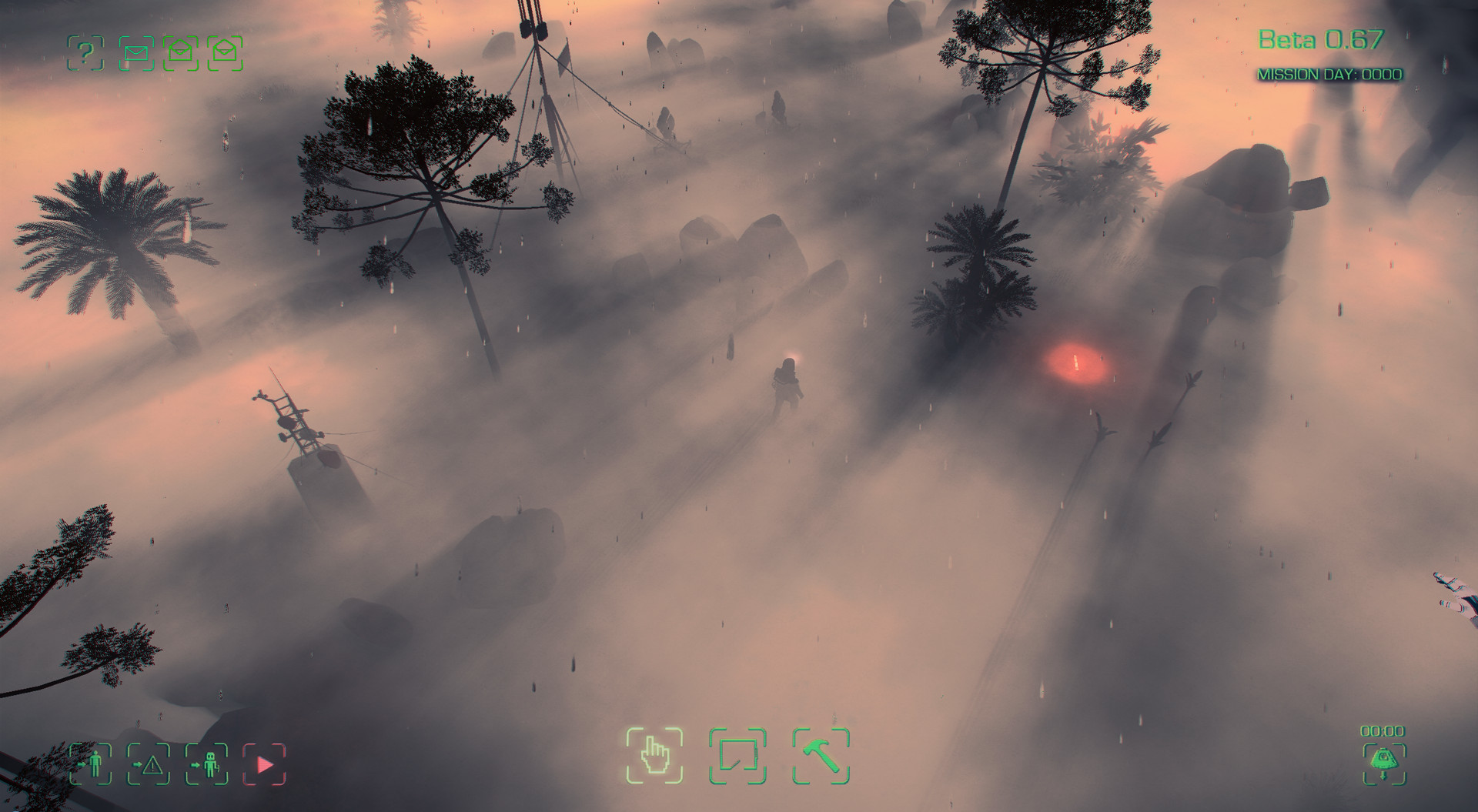 Seeing it myself in game has left me quite impressed, visually it's looking really damn good.

There's far more to the update, so be sure to check out the release notes. The rather softly-spoken developer has put out a video to explain it all in more detail: 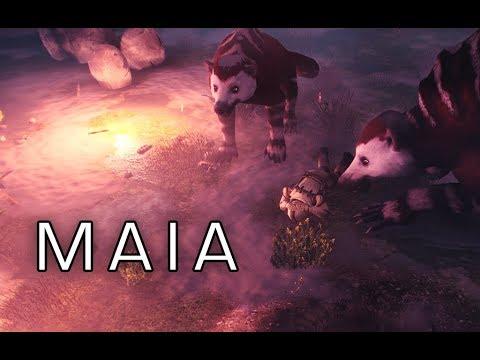 I tried it again today, going through the tutorial for a bit and it was quite amusing. My base was attacked by some indigenous wildlife and my only atmosphere generator caught fire. When speaking to the developer about it, they told me the tutorial seed is actually different between Windows and Linux:

The Linux seed is different to the Windows one, and makes the tutorial quite a bit more exciting. 😬

That's an interesting level of detail!

You can grab it now on itch.io and Steam where it's 33% off for a few days.

Article taken from GamingOnLinux.com.
Tags: Indie Game, Itch.io, Simulation, Steam
9 Likes, Who?
We do often include affiliate links to earn us some pennies. We are currently affiliated with GOG, Humble Store and Paradox Interactive. See more here.
About the author - Liam Dawe

View PC info
It's like Dungeon Keeper, but on an alien world!

The game was always broken for me (black screen with sound ATM, IIRC). But I'll wait for a computer upgrade before reporting, as it's probably related. This is a shame, as the game looks really nice!

View PC info
This one seems promising.
I hope GOL will keep us updated with its progress so we can buy it when it gets released out of early access.

View PC info
Going to have to try this again soon. Lots of work since I last tried it; this game really has come a long way.
0 Likes

View PC info
Given the dev's dedication , I will probably buy this when it is fully out.
0 Likes