Crazy Justice, a cel-shaded third-person shooter will have Linux support 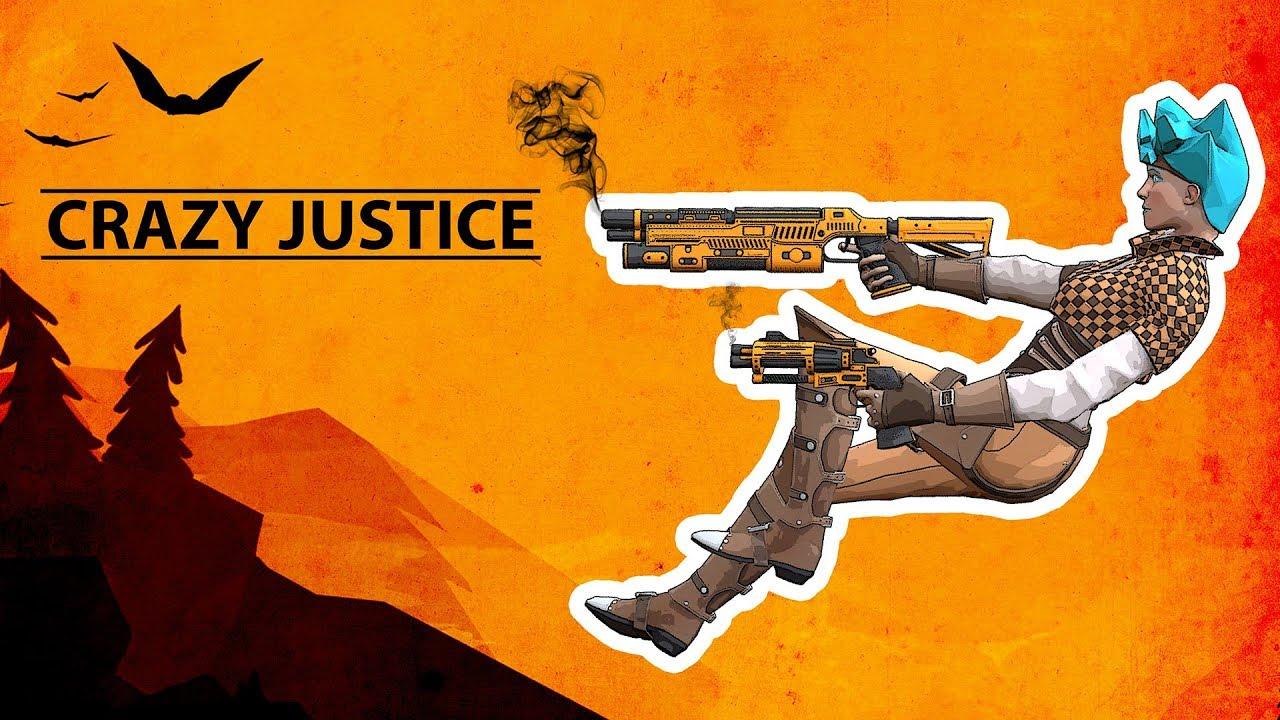 It is currently funding on Fig, with 48% of the goal reached and they have 17 days left to hit their total of $30K. They should be able to hit it, if they get a little push.

I spoke to the developer briefly on Reddit, asking if they are regularly testing the Linux version and they replied with:

Yes, exactly! We always test the game on every supported platforms :) It's easier to fix a problem when it's in a smaller update... :D

Good to know, too many developers don't plan for it at all and end up with problems — like RUINER. They say very clearly they plan to release the game on all platforms at the same time, gotta love that.

As for the game itself, it will feature upgradable weapons, character customization and plenty more. One thing that really is interesting, is that they're baking in split-screen support which is quite uncommon for a shooter nowadays.

It will feature a cover system, for both high and lower cover, so you will be able to hide behind small walls, or at the side of a tall wall like a lot of modern shooters enable you to do. On top of that, it will also have elements of the environment that will be destructible.

It will even have some sort of building system, giving you the chance to build new walls, turrets and more.

I'm seeing a lot to like about this one.

View PC info
They seem to know what they are doing and the game's premise is great!

Also I briefly chatted with their CEO on Facebook and he said the Linux version will be available with the Early Access launch on Steam. Meaning the tiers with EA are well worth it for us. =)
4 Likes, Who?
artvandelay440 2 Oct, 2017

View PC info
It's like Borderlands, but on Linux!

Thank you so much for your feedbacks! :D As micha said, Crazy Justice Early Access version will be available on Linux/SteamOS with Steam controller support. If you have any question feel free to share it with us anytime! ;)
7 Likes, Who?

View PC info
I'm confused. Is this a multiplayer only game like Ballistic Overkill or Counter-Strike ?
Or does it have some single-player stuff also ?
1 Likes, Who?
BlackRiddlesStudios 2 Oct, 2017

Quoting: razing32I'm confused. Is this a multiplayer only game like Ballistic Overkill or Counter-Strike ?
Or does it have some single-player stuff also ?

The game will have a singleplayer story mode with co-op support. Here is our Fig campaign with further informations about the features and modes: https://www.fig.co/crazyjustice
6 Likes, Who?

View PC info
May be nice, but.

I think the music didn't fit the trailer, and also i don't like TPS and much prefer FPS.
1 Likes, Who?
BlackRiddlesStudios 2 Oct, 2017

Quoting: TcheyMay be nice, but.

I think the music didn't fit the trailer, and also i don't like TPS and much prefer FPS.

Have you checked the new gameplay videos, where we changed the music? :P For example this one: https://youtu.be/8-oXzuSuz5M
There will be an option to change TPS/FPS view and the FOV. :D
4 Likes, Who?

Quoting: BlackRiddlesStudiosThere will be an option to change TPS/FPS view and the FOV. :D

Quoting: BlackRiddlesStudiosThere will be an option to change TPS/FPS view and the FOV. :D

This. I love this.

Glad to hear, hope you like the game as well! :P
0 Likes
BlackRiddlesStudios 2 Oct, 2017

Quoting: GuestLooks extremely similar to Fortnite if you just saw a screenshot.

But this game is created by just 2 brothers :P
0 Likes
1/2»
While you're here, please consider supporting GamingOnLinux on: