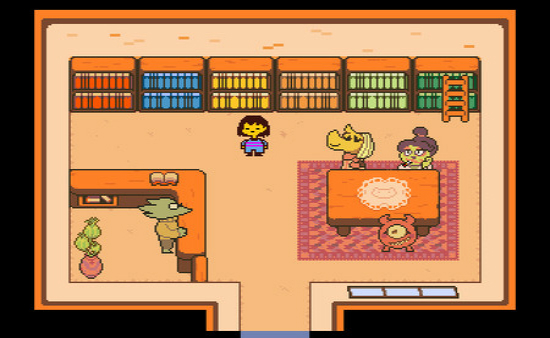 The developer of Undertale replied to a user question about what is going on with the Linux port.

Here's the message that was shared by someone who emailed them on the Steam forum:


QuoteApologies to anyone looking forward to the Linux version who's been frustrated with the lack of communication.

The reason I didn't say anything earlier is because nothing has really happened - I haven't been working on it, but I haven't given up, either. Basically I tried attempting it once and hit some road blocks, pushed it to the side for a bit, and ended up getting hugely distracted with a ton of other things that felt more pressing.

Here's the deal: I'll try again to do the Linux version. I'll make it my priority right now. If I can't make enough progress in a week, I'll look into getting someone else to do it.

We have no way to verify this is really from the developer, so hopefully it is true.

Perhaps the developer could seek help from a porter like Ethan Lee who has been a bit of a machine recently hitting 38 Linux ports now. Article taken from GamingOnLinux.com.
Tags: Indie Game, RPG, Steam
0 Likes
We do often include affiliate links to earn us some pennies. We are currently affiliated with GOG and Humble Store. See more here.
About the author - Liam Dawe

View PC info
Undertale is the only game I have mourned recently not being on my Steam Machine, this is great news :)
0 Likes

View PC info
Been waiting for it to come to our platform.
0 Likes

View PC info
This game is still sitting on top of my wishlist on Steam, waiting for the Linux port. So please do it! :D
0 Likes
Swiftpaw 11 Jul, 2016

QuoteWe have no way to verify this is really from the developer, so hopefully it is true.

For me the honest tone ("nothing has really happened"etc) is almost proof that this is not some marketing bullshit :)
0 Likes

View PC info
Getting someone else to do it will probably be the easiest thing ever since it's already running natively with just the smallest of hacks. Albeit without controller support.

View PC info
Getting someone else involved is really what he should have done to start with. Not to mention actually communicating with the public. If nothing's happening, you actually tell people that there's nothing going on, that's basic.

I removed Undertale from my wishlist not long ago because I'd totally lost trust in ever seeing a port, and it's not going back on just from this "announcement".
0 Likes

The lack of communication really gets on my nerves, but I will say it's definitely a game worth playing