By Liam Dawe - 23 June 2015 at 5:12 pm UTC | Views: 31,521
In a very surprising move Valve has added Linux & Mac versions of Dota 2 Reborn, all that in less than a week. So much for Valve Time. This has restored a little faith in Valve from me, as I was honestly expecting the Linux version to come a lot later.

Jokes about Valve Time aside, I am very grateful to be able to get in on the action early, even if it is a major bug fest right now. Although honestly, it seems a lot smoother for me than others. The next patch should make it work on AMD's FOSS drivers, as well as Intel HD 4000 going by this milestone. Note: That link will probably change often, as it's always for the next milestone.

To get access you need to manually opt-in to the DLC which can be found in the games properties, and then select "Play Dota 2 - Reborn Beta". It is only 64bit right now, and that might not change.

Once in you will be greeted by the brand new look: 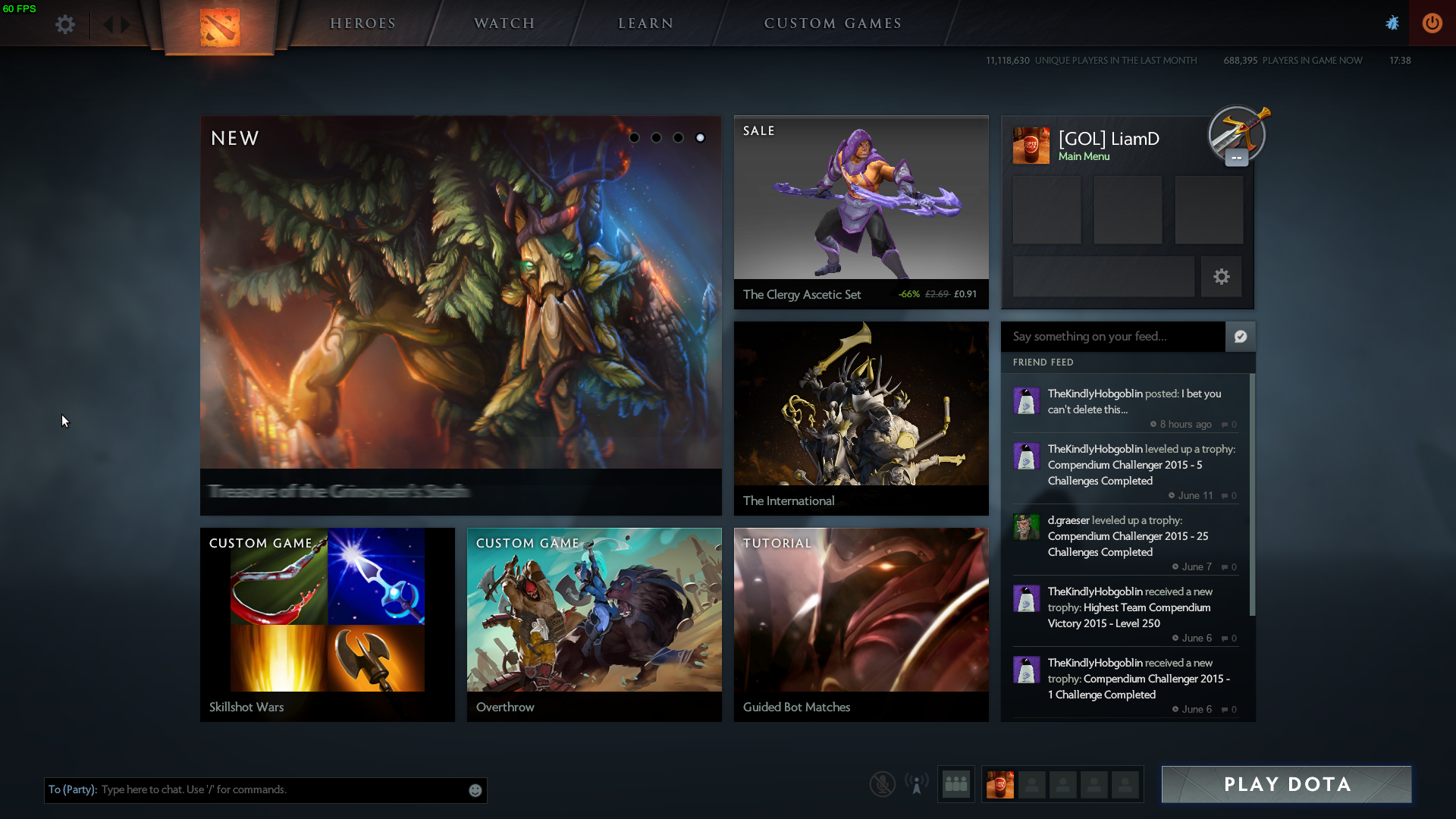 The framerate does actually seem better in my quick comparison, for some reason the original Dota 2 client will max out at 120FPS, but Dota 2 Reborn gives me 134FPS max, it also loads quite a lot quicker and smoother.

See here for quick shots (these are using a random UI theme I had left on):
Reborn 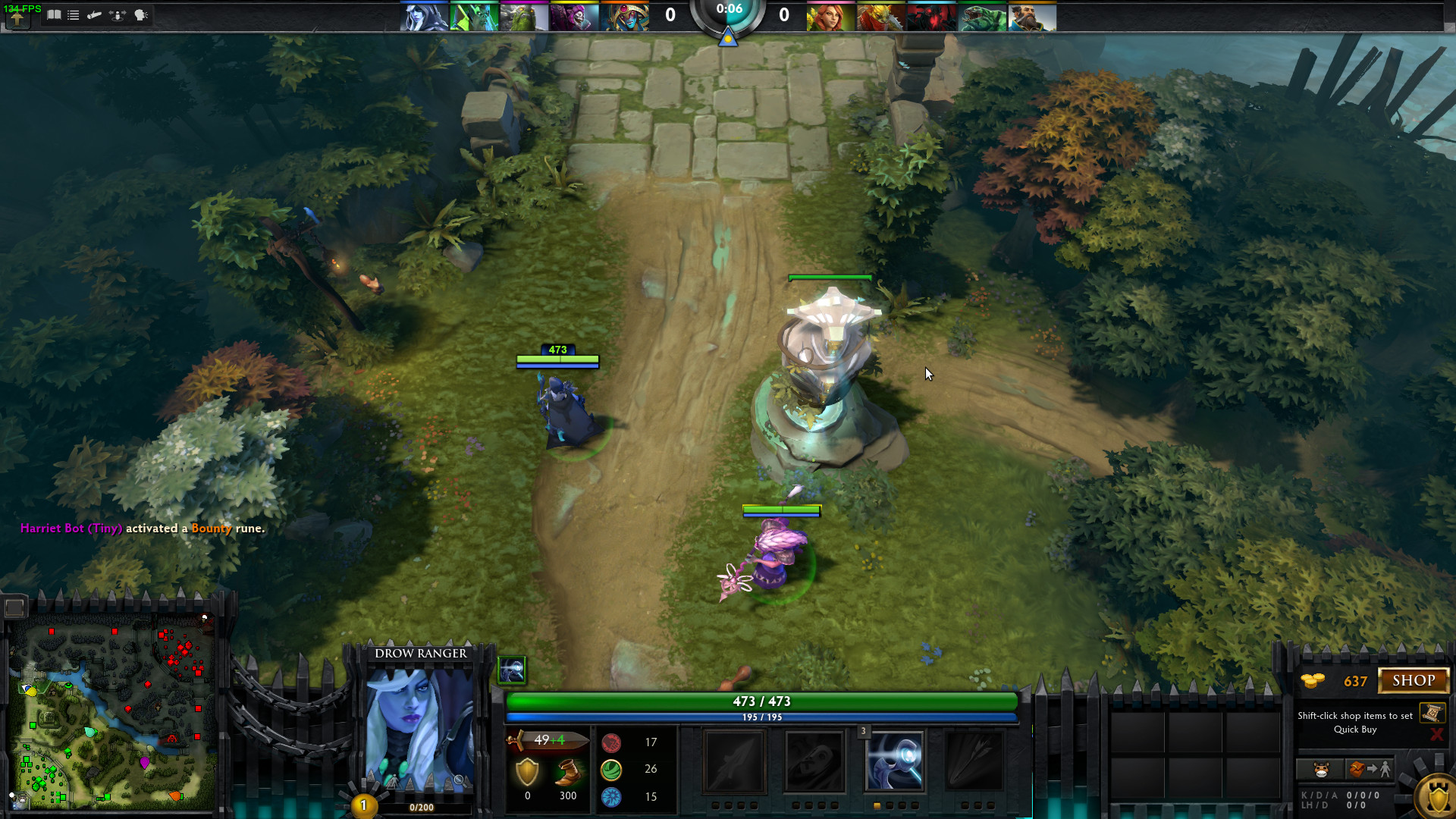 You can see a minor bug in the new client here, as there seems to be a tiny gap between the bottom UI elements that aren't in the original client below. 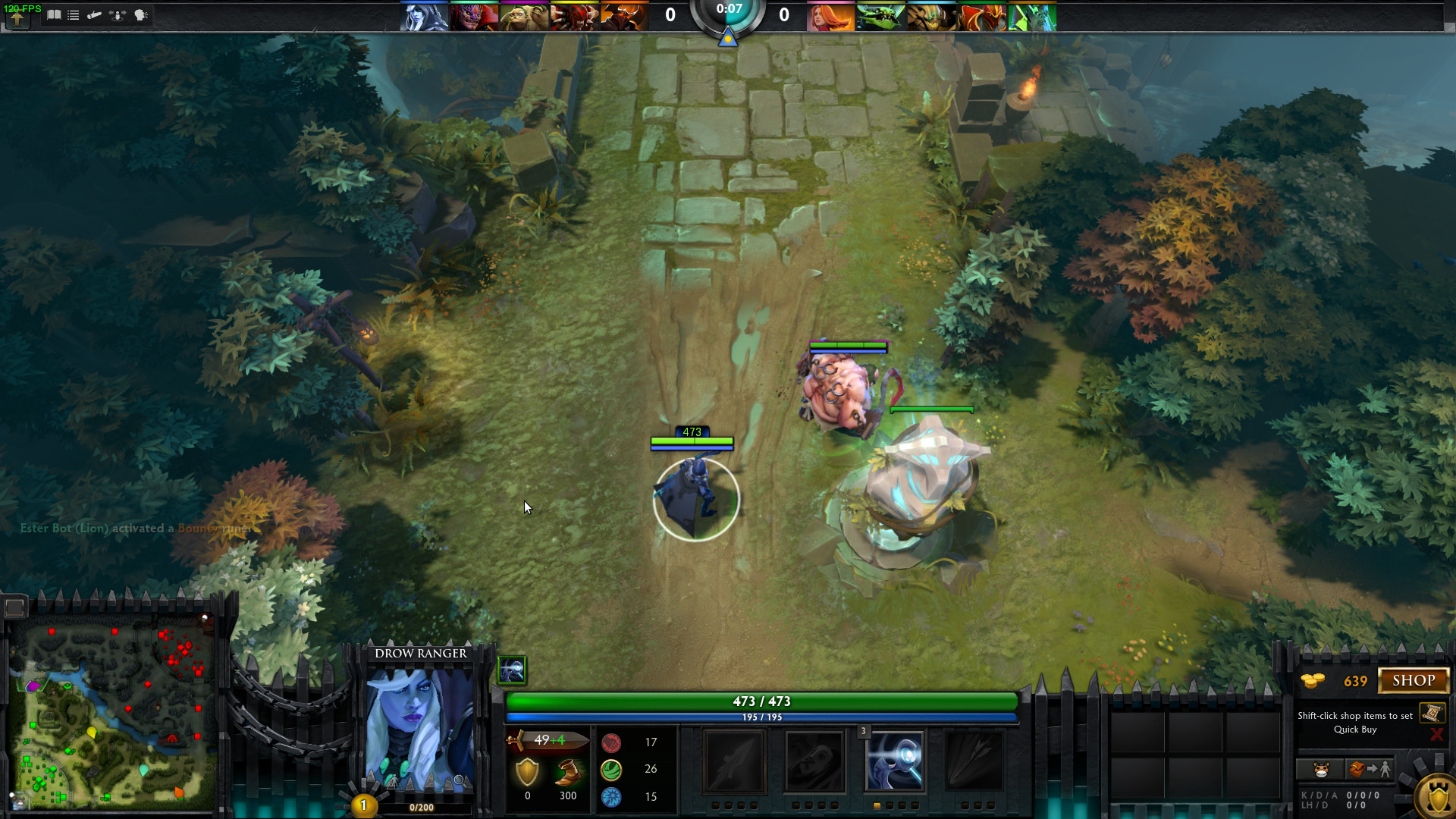 You can report bugs here on their official github.

I am most excited by the custom game modes, and can't wait to try them.

Grab Dota 2 free from Steam. It's a really fantastic game, but ruined by the community, so it's best to play with friends. Article taken from GamingOnLinux.com.
Tags: Editorial, Free Game, Initial Thoughts, MOBA, Steam
0 Likes
Share

edo 23 Jun, 2015
View PC info
seems to be it's only 64 bits (what is good to focus more on that architecture). I installed it on windows, but each update means like 5 gb, I guess its not for slow-internet people lol.
Now (after some more dota reborn updates) I hope to see benchmarks comparing both OS to see if source 2 is as good as we expected
0 Likes
GoCorinthians 23 Jun, 2015
View PC info
Damnit.

Always during a BIG AAA game being released we of Linux are cut off. I cant install ShadownRun Dragonfall...

And a buggy Batman yet! duck off!
0 Likes

View PC info
I might download DOTA2 again once this leaves the beta stage of development.
0 Likes

View PC info
I love that the new grass is a bit greener and the paths have clearer borders. It looks better and feels more like Warcraft 3, too. :)
0 Likes

View PC info
Only workshop tools missing. The only reason to install windows again is this tools. Any Idea when they will come to linux ?
0 Likes

linux_gamer 23 Jun, 2015
View PC info
Could have waited just some days with initial release. Nobody would have known, and with a triple OS release they would have been a role model.
1 Likes, Who?

Quoting: MaelraneWorks fine for me on AMD and with Mesa (= FOSS drivers).

Dota 2 loads incredibly fast (about 10 times faster) to the main menu. When I start a game I get an but starting a game get a SIGILL signal (Illegal instruction).

How did you get it to run on AMD with mesa driver?

Here the not very useful backtrace: