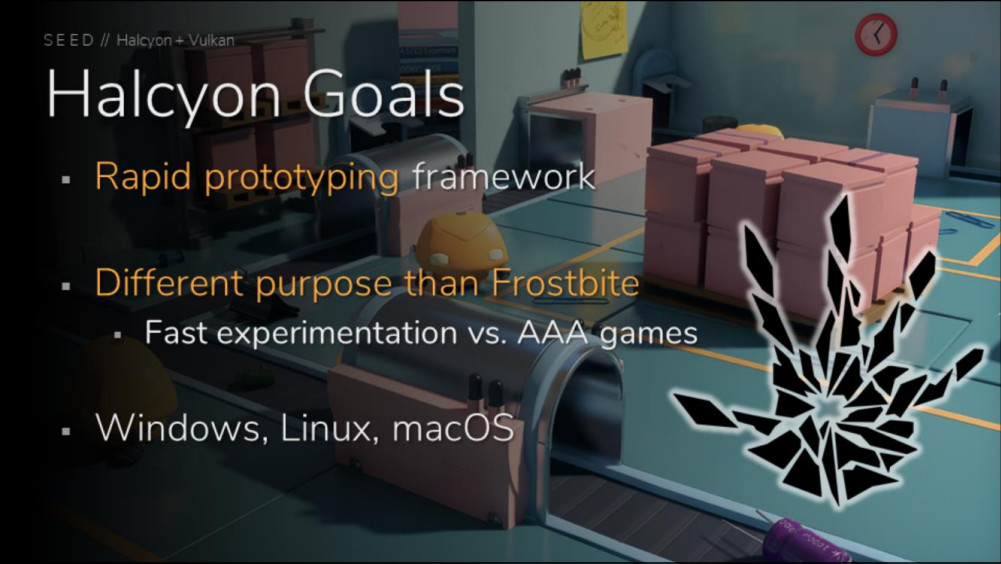 It always starts "just for fun".

View PC info
Oh well, I was mostly referring to the Linus' book with that title. Hope it will grow into something bigger and all. Honestly, EA is the last company I expected to move into this direction. Bethesda would have been more logical.
5 Likes, Who?

View PC info
Multi-GPU support in common Vulkan drivers isn't even ready yet, or is it?
0 Likes

Quoting: GuestWell that's cool, if EA ever recovers from their current state of being a pure and utter garbage company that can't produce any decent games anymore......

EA have always been garbage. I had the "pleasure" of experiencing it first hand when I was in game development.

Its a shame really because they've ruined great studios over the years.
3 Likes, Who?

mylka 28 Oct, 2018
View PC info
origin is for macos and they dont have much games on it, so im not very optimistic
1 Likes, Who?

View PC info
As I understand it, the SEED division is pretty independent inside EA, and their aim is to experiment with various new technologies related to gaming, not focused on providing a new AAA title on tight schedule. So they eg. create (at least some of) their software in Rust, and not C++ like the rest of the industry – see eg. this tweet, and this, and repositories they fork / contribute to. I wouldn’t normally expect EA to look into new emerging programming languages, and yet it seems that’s what SEED does, so it does not really surprise me that they also investigate open APIs and Linux support.
4 Likes, Who?

Quoting: lejimsterEA have always been garbage. I had the "pleasure" of experiencing it first hand when I was in game development.

In the '80s, under Trip Hawkins? I don't know what they were like to work for, but they had a pretty good reputation among gamers back then.

Released all their internal tools, too. Not free, because that wasn't really a thing, but you could buy them: Deluxe Paint (still, to this day, one of the best bitmap graphics editors around), Deluxe Music, etc. And they were almost an unofficial first-party developer on AmigaOS. The IFF container format (on which Microsoft based RIFF WAV) was EA's work. In my Amiga days, they were genuinely thought of as being among the good guys.

I kind of lost touch with gaming during the '90s, so I don't know when or how they went downhill, but it was quite a shock to discover how reviled they'd become in the community when I got back into it 10-15 years ago. They deserved it, but it was still a shock.

elmapul 28 Oct, 2018
View PC info
So, they plan to allow others to use their engine, or its for internal use?

if its for their own usage, that probably means they are planing to support linux on their future games, but if they are trying to enter the marketing of seling game engines, well, i doubt they can enter this.
0 Likes
Purple Library Guy 29 Oct, 2018
My eyesight must be going. I could have sworn I just saw a headline saying Electronic Arts was doing something interesting with Linux.
3 Likes, Who?
1/5»
While you're here, please consider supporting GamingOnLinux on: