Farm Together is actually quite a relaxing and sweet experience, now in Early Access

The latest game from Milkstone Studios, Farm Together [Steam], is now in Early Access along with same-day Linux support and it's actually really sweet. 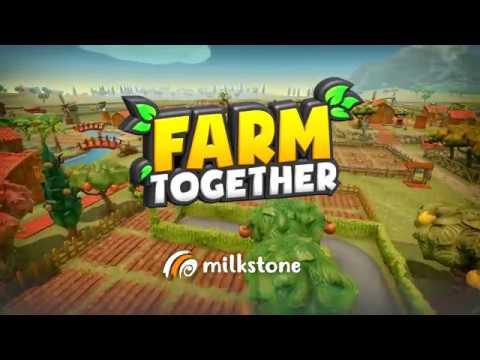 It has a nice day and night cycle along with different seasons, a customizable avatar and tractor with lots to plant and grow. There's animals too, but of course it's the sweet kind like eggs and milk—not burgers. At least, that's what it seems like so far, we have yet to harvest our pigs to see (update: yup, no violence, pigs seem to give truffles). There's a level up system, which does take a little time to get through which allows you to unlock various new crops, animals, decorations and so on.

It's very much a sandbox experience, there's no story and a basic tutorial to get you going. I like that though, it allows you to just do whatever you want, which makes it a vastly different experience to Stardew Valley.

The developers say they plan to add content on a weekly basis, so it's likely one we will keep checking on. What they have already is impressive though and works really nicely on Linux. I've only noticed two bugs so far, one is where input was doubled up when I entered my farm name, the other is where the farm level doesn't quite sync up all the time between different screens. Apart from that, it's super smooth on the highest settings.

I can also confirm cross-platform multiplayer works perfectly between Windows and Linux.

For those of you who like your more casual and chilled out experiences, this is a game I'm going to easily recommend already. Looking forward to watching this title grow.

View PC info
Thanks for that. Could be something for me and my GF when we're looking to play something relaxing.
2 Likes, Who?

View PC info
Looks like it might be a nice chill game for my kids to enjoy - unless there are a lot of quests/menus to read in english?
0 Likes

View PC info
It looks like the zombies finally got to Sin.
3 Likes, Who?

View PC info
Sadly the current build does not seem to like my Manjaro setup. I'll hang on to it though.

EDIT: Seems it works if I launch the 32 bit executable. Will report bug.

Quoting: GuppyLooks like it might be a nice chill game for my kids to enjoy - unless there are a lot of quests/menus to read in english?

The tutorial takes some reading, but past that it's pretty much just item names.
1 Likes, Who?

Quotebut strangers to only be able to help harvest

LOL Now I'm picturing what it would be like to run a cutesy abattoir in one of these types of games.

View PC info
I like the sound of this one for my kids, although I'm not ready to start buying them games (beyond the only game they have right now: Minecraft). After they're a little older, I'm sure this game will be finished. :)
0 Likes
Ketil 24 Feb, 2018
View PC info
The still images reminds me a bit about the hammerware games goodfolks and family farm although when I watch part of a let's play, it doesn't remind me of them as much any more. I am definitely going to buy this when I have time to play.


Last edited by Ketil on 24 February 2018 at 12:34 am UTC
0 Likes
While you're here, please consider supporting GamingOnLinux on: