Feral Interactive Are Teasing Yet Another New Port 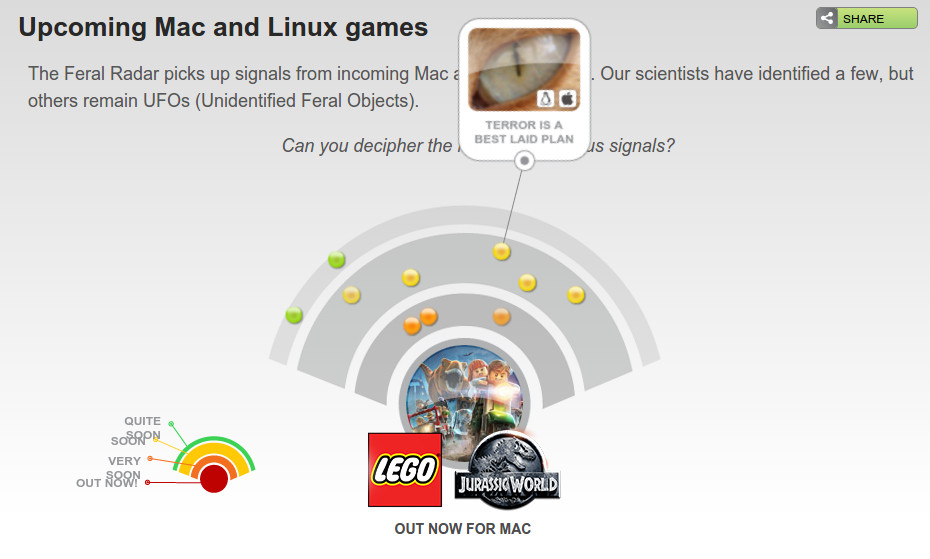 In their "soon" section is a new Linux & Mac clue titled "Terror is a best laid plan". If you google that quote you will find David Bowie's "Loving The Alien". That wouldn't mean much by itself, but we have this after the recent SteamDB activity for Alien: Isolation, so it wouldn't take a genius to match them up, but it could also be a trick.

As usual, only time will tell what game it's meant for. Either way, we know it will be a good port, as they showcased their porting prowess so well with XCOM. Shadow of Mordor may be having a little extra time in the oven, but we know it will be worth it too. Article taken from GamingOnLinux.com.
Tags: Feral Interactive, Steam, Upcoming
0 Likes
Share

View PC info
The red haired cat in the image is a reference to Jones, the ship's cat in Alien who makes a brief reappearance at the beginning of Aliens as well.

Incidentally they goofed the lyric. It's actually "Terror in a best laid plan", not "is a".

Quoting: GBeeThe red haired cat in the image is a reference to Jones, the ship's cat in Alien who makes a brief reappearance at the beginning of Aliens as well.

Incidentally they goofed the lyric. It's actually "Terror in a best laid plan", not "is a".

My god, you're right I didn't even notice it was Jones :D, it has to be Alien: Isolation!
0 Likes

View PC info
Look, I'm glad Feral is getting all this business, but where the hell is mah Shadow of Mordor? That game has been "very soon" for over 1/4 of the year now.
2 Likes, Who?

gojul 18 Jul, 2015
View PC info
Same here, they're teasing, teasing, but nothing happens. It would be fine they release their ports first. :'( Shadow of Mordor was expected to be published in Spring.
1 Likes, Who?

View PC info
Delays sadly happen, but Mordor will come eventually, and when it does, it will rock.

The main thing is to stay positive folks, they are still actively working on it. They are pretty quiet to me though, so I don't actually know anything behind the scenes right now.
2 Likes, Who?
1/3»
While you're here, please consider supporting GamingOnLinux on: