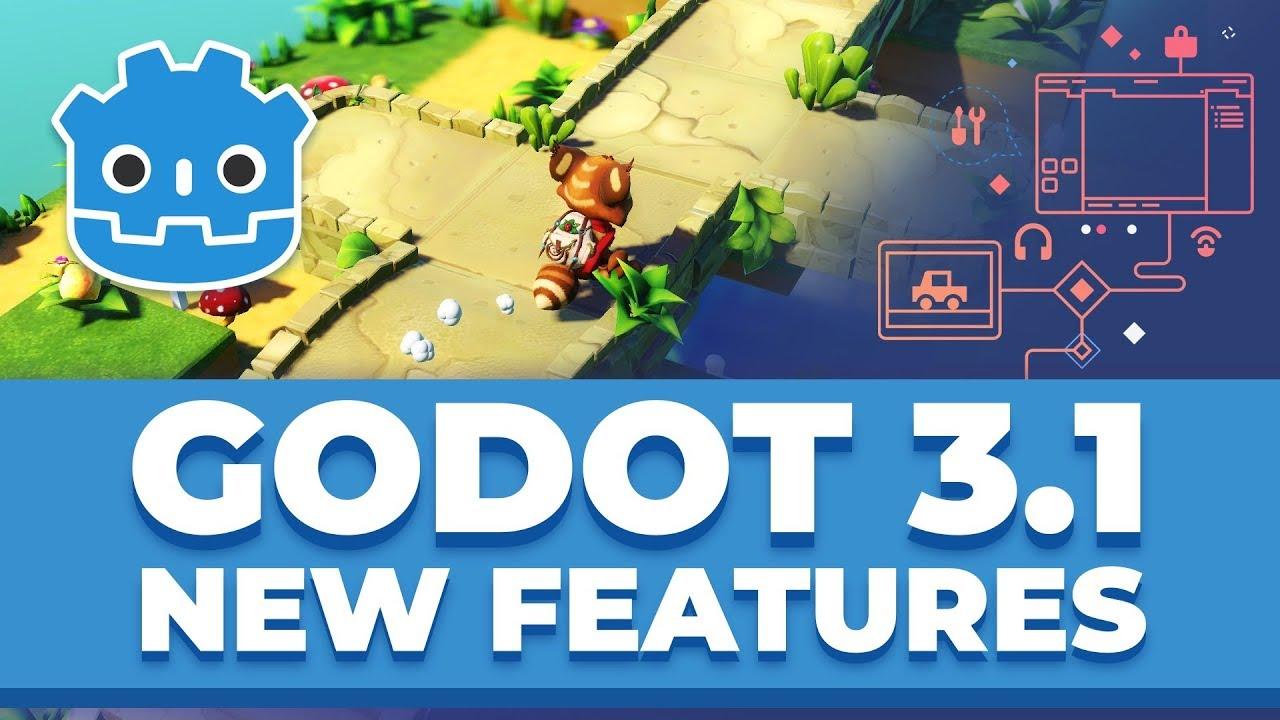 We do often include affiliate links to earn us some pennies. We are currently affiliated with GOG and Humble Store. See more here.
About the author - Liam Dawe
I am the owner of GamingOnLinux. After discovering Linux back in the days of Mandrake in 2003, I constantly came back to check on the progress of Linux until Ubuntu appeared on the scene and it helped me to really love it. You can reach me easily by emailing GamingOnLinux directly.
See more from me
Some you may have missed, popular articles from the last month:
The comments on this article are closed.
16 comments
Page: 1/2»
Purple Library Guy 13 Mar, 2019
Awesome! Really seems to be upgrading at high speed.
Definitely looking forward to Vulkan support.
Anyone have any idea just how competitive Godot is at this point with other engines?
0 Likes

In 2D very, not so much in 3D. From what I read it lacks occlusion culling (= low fps in heavy scenes), many people miss FBX (common 3D format), some issues with physics (faster, but more buggy because of use of float instead of double), performance issues with high number of nodes, main language - GDScript - is very slow (it's unusable for e.g. voxel stuff, but you can use C# or C++; that said for majority of indie titles it is sufficient), support (docs, many bugs) of other languages is not great, no direct support for many platforms (e.g. Switch and other consoles). Oh, that's not only 3D stuff, but also general issues, sorry.

I would say that for small and medium (maybe even big) 2D games Godot is great, for some time was even top (not sure how it is now, probably on par), for a small 3D games it's alright.

I have high hopes for the Vulcan renderer and they are aware of those issue listed above, so I think in a year or two Godot will be much more viable alternative for small and medium pro teams.

PS: Take this with a grain of salt, I only work in Godot for a short time (over a month on half time).
9 Likes, Who?

View PC info
So now Godot is on par with what UDK was or even better!
0 Likes

For 2D is by many considered the best. The tools for designing a 2D game make much more sense in Godot than Unity and are less complicated to use.

The problem is if you want to make a game for various platforms. Until now, i only heard about one release of a game using Godot for consoles.


Also 3D support could improve, but it looks like most of people developing on Godot dont want to produce a game with full 3D graphics so theres that
1 Likes, Who?

View PC info
Does anyone know if 4.0 will be breaking backwards compatibility with projects started in 3.x, like 3.0 did with 2.x projects?
0 Likes

Quoting: WJMazepasAlso 3D support could improve, but it looks like most of people developing on Godot dont want to produce a game with full 3D graphics so theres that

Could be a chicken/egg problem though. Godot has traditionally not been awesome for 3D games, so people did these in Unity or UE. Maybe people would totally use Godot for 3D if it would be on par with the big names? Hard to say, really. I guess Godot is mostly used by non-incorporated developers for smaller projects these days, and full 3D tends to be too complex for teams of 1-3 developers to tackle. I can totally imagine at least smaller studios giving Godot a look as it matures into a full-featured 3D engine.
3 Likes, Who?
gustavoyaraujo 13 Mar, 2019

Does anyone know any linux title developed on it?
1 Likes, Who?

View PC info
I hope for some big companies to invest money on this project, so we could have some AAA games developed with godot in the future.

Of couse, it's vital to have a proper vulkan support first.
2 Likes, Who?

The most known probably is:
The Interactive Adventures of Dog Mendonça and Pizzaboy

It demonstrates that Godot is fine. I thought that The Journey Down was also in Godot but maybe I am wrong, the wikipedia only says: Adventure Game Studio.
0 Likes

View PC info
To the console matter - it is possible to release on consoles, just not through official Godot tools. There are several issues on side of console makers which Godot really can't do anything about (OS project is not a company, NDA on provided code and tools from console maker). In Godot docs there is a link to http://www.lonewolftechnology.com/ who do porting, so it is possible, but I have no clue on how much does it cost...

I would be interested in how to port to Switch, but I don't think I would pay a third party to port my game (if I ever finish it).
0 Likes
1/2»
While you're here, please consider supporting GamingOnLinux on: