Need more Hollow Knight? Your wish has been answered, as more free content is heading to this incredibly stylish side-scrolling action-packed platformer.

I present to you: The Grimm Troupe 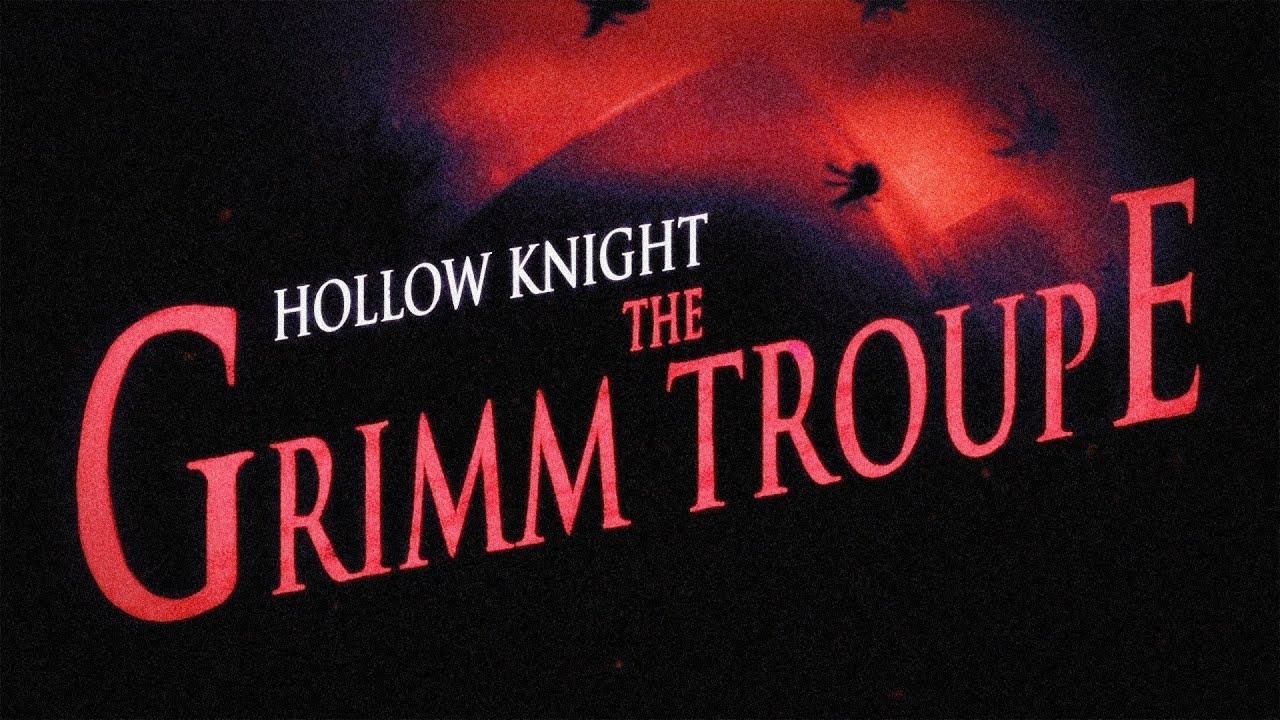 This new free update will add in:

4 new charms, although they're being light on the details. They've at least shown off the icons for them, any guesses?

They will also add in a major new quest, enabling you to summon the Grimm Troupe to Hallownest, if you're feeling brave that is. They say you will end up taking part in a twisted ritual and bestows you with a powerful new ally.

There will be new boss fights, because why not? The fights in Hollow Knight are already difficult and diverse, so to see more added in for free is a rather tasty bonus. Bosses aren't the only new addition, as there will be new smaller enemies to fight too.

By far the best new feature coming, is the ability to set map markers. Getting lost might become a thing of the past, as they will let you add custom markers to your map for somewhere you want to ignore for now, or perhaps something of interest you desperately want to return to later?

They are also adding in new languages for Russian, Brazilian Portuguese and Japanese, enabling more lovely gamers to enjoy this incredible game.

I assume it will release at the end of October, for Halloween, although they haven't given a specific date that I could see.

Article taken from GamingOnLinux.com.
Tags: Action, Indie Game, Platformer, Upcoming
6 Likes, Who?
We do often include affiliate links to earn us some pennies. We are currently affiliated with GOG, Humble Store and Paradox Interactive. See more here.
About the author - Liam Dawe

I am the owner of GamingOnLinux. After discovering Linux back in the days of Mandrake in 2003, I constantly came back to check on the progress of Linux until Ubuntu appeared on the scene and it helped me to really love it. You can reach me easily by emailing GamingOnLinux directly.
See more from me
Some you may have missed, popular articles from the last month:
The comments on this article are closed.
6 comments
no_information_here 18 Sep, 2017

The problem for me is, having finished the original game, I now feel like waiting until they release all the new content before playing again!

View PC info
This game is an absolute must play if you haven't already. Incredible game.
0 Likes

I mean maybe some people are okay with running rediculously far across the map and the bad spacing of the saves.

Also Im not a fan of the map only being updated on save or buying map pieces just to give money a purpose.
0 Likes

Thats your own opinion. I think is's a gem. Wanted to replay this anyway, now there's a good occasion. Thanks Team Cherry.
1 Likes, Who?

I mean maybe some people are okay with running rediculously far across the map and the bad spacing of the saves.

Also Im not a fan of the map only being updated on save or buying map pieces just to give money a purpose.

The previous Hidden Dreams update added a teleportation skill. Of course you'll have done a fair bit of running back and forth before you get your hands on that upgrade.
0 Likes
no_information_here 21 Sep, 2017

Too bad you feel that way. For me it was one of the very best games I have played in the last year or two.
1 Likes, Who?