INSURGENCY is a first-person team-based shooter for up to 32 players designed for Windows® PC and Mac OS X (and in the future, Linux), using Valve’s Source Engine. INSURGENCY is based on the popular total conversion for Half-Life 2 – Insurgency: Modern Infantry Combat – that saw more than a million free downloads and was awarded the ModDB “Player’s Choice Mod of the Year” in 2007. It is a highly intense, realistic experience. This means no cross-hairs, realistic weapon damage, and careful maneuvering. 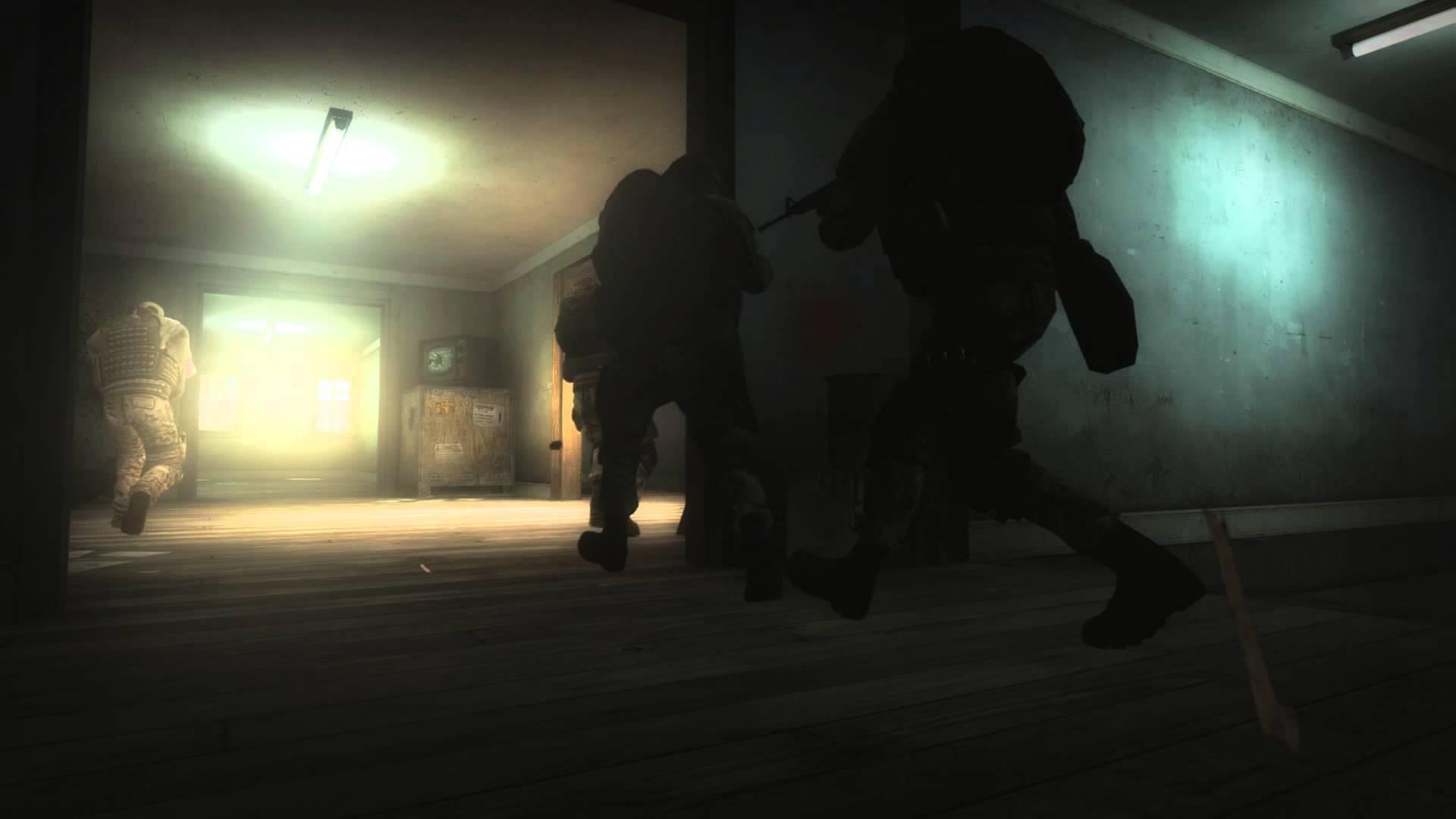 YouTube videos require cookies, you must accept their cookies to view. View cookie preferences.
Accept Cookies & Show   Direct Link
This is the type of FPS I have been saying Linux needed and it's on it's way, I have added it to my wish-list that's for sure!

Although one thing bugs me, please developers PLEASE stop saying "PC", you mean Windows. PC = Personal Computer which covers nearly everything nowadays. My phone is a PC for example.

I have reached out to the developers for comments on when the Linux release will happen, details when I have it folks.

UPDATE from the developers:


QuoteWe are waiting for Valve to release CSGO on Linux before we will get the code we need to get started on this.

So folks after CS:GO is out on Linux they can work on this title, so let's keep waiting and hoping for that to be released. Source is my topic on their forum.

Thanks to Yulike from the Linux_Gaming reddit for pointing it out and exciting me. Article taken from GamingOnLinux.com.
Tags: FPS, Steam, Upcoming
0 Likes
Share

We do often include affiliate links to earn us some pennies. We are currently affiliated with GOG and Humble Store. See more here.
About the author - Liam Dawe
I am the owner of GamingOnLinux. After discovering Linux back in the days of Mandrake in 2003, I constantly came back to check on the progress of Linux until Ubuntu appeared on the scene and it helped me to really love it. You can reach me easily by emailing GamingOnLinux directly.
See more from me
Some you may have missed, popular articles from the last month:
The comments on this article are closed.
12 comments
Page: 1/2»
FutureSuture 25 Apr, 2013

View PC info
And this is really coming to Linux? Looks pretty good! Graphics look nice and the gameplay intriguing. I hope it's not much like Counter-Strike: Source for I just cannot wrap my head around that game.
0 Likes
Mike Frett 25 Apr, 2013

If Valve was serious about Linux, they should tell Devs that in order to use their Engine, all platforms should be supported from day one since the Engine is native now. And I agree, PC covers pretty much everything and Platforms should be mentioned by name.

Sometimes I wish I had the money for a small Game making company. AAA Linux titles would be our top priority, we wouldn't leave any platform out, but Linux would be tops. Oh well, I can dream. =p
0 Likes

Quoting: Mike FrettIf Valve was serious about Linux, they should tell Devs that in order to use their Engine, all platforms should be supported from day one since the Engine is native now. And I agree, PC covers pretty much everything and Platforms should be mentioned by name.

Sometimes I wish I had the money for a small Game making company. AAA Linux titles would be our top priority, we wouldn't leave any platform out, but Linux would be tops. Oh well, I can dream. =p

Beyond id Software in the 90s, I think Valve's investment in Linux is beyond proportion. The problem is that they do not release newer versions of their engine to third-party developers.

Also, the reason people say 'PC' instead of 'Windows' is historical; the term comes from PC-compatible though the GNU project naturally, and very hypocritically, has it on its enormous list of words to avoid - while at the same time calling keyboard shortcuts in their software by things like 'Meta' only because LISP Machines had them (they were never a standard or anything).
0 Likes
Holger 26 Apr, 2013
Looks cool...Linux needs different shooters beside old stuff (Castle Wolfenstein) and the third variation of  a "futuristic shooter" (Xonotic, Q3A, OpenArena, Red Eclipse, etc).

QuoteAlthough one thing bugs me, please developers PLEASE stop saying "PC", you mean Windows. PC = Personal Computer which covers nearly everything nowadays. My phone is a PC for example.

Well, a PC is a common term. No matter what you consider a PC. In most western countries a PC simply means a standard computer based on x86 / x64 CPUs with the usual hardware (PCIe hardware, SATA HDD, etc). This makes a PC different from all those other computers available such as low-power Android systems, Tablets, etc.

For most peoples PC is not bound to the OS used but to the technology beneath.

I could also say please avoid the term "Linux" because this is just the kernel. GNU Linux would be the correct term. But since for most people "Linux" means the OS, we mostly use Linux as word.

I guess you get the picture !

The developers (and a lot of others) are saying PC = Windows which it does not.
0 Likes
TC 26 Apr, 2013
True, it's not just Linux.  It's not just GNU and Linux either.  Why stop at calling it "GNU/Linux"?  Why not call it "KDE/Qt/GTK/GNOME/X11/GNU/Linux"?  I think that I understand why Ubuntu dropped "Linux" entirely from their name and advertising materials.

Of course, I'm looking forward to more exciting games for my Linux-based PC, including Insurgency.
0 Likes

Superuser 26 Apr, 2013
View PC info
The reason I say 'Linux' instead of GNU/Linux is precisely due to what TC said. Also, Holger, the GNU project specifically says you should not call it 'GNU Linux' because the Linux kernel is not a GNU project - the equivalent is GNU HURD. That's why the put a forward slash or plus sign between them.

Anyway, I pointed out why PC is used in this way. It indeed doesn't necessarily mean Windows, but at the same time, Microsoft Windows is the only modern consumer-oriented operating system that is (IBM) PC-compatible. I still think they should say 'Windows' instead of 'PC', but to say that Windows is not 'PC' (just a shorthand for PC-compatible) is just wrong, in the same way that Linux as a 'PC' is right (it isn't, as Linux is POSIX-, not PC-compatible).
0 Likes

Superuser 26 Apr, 2013
View PC info
Beyond all that, I think we should all stop being pedants and speak about the damn game. :) I for one am very happy this is coming to Linux as I love FPS games, especially the quasi-realistic type (sims never did it for me). :D
0 Likes
Holger 26 Apr, 2013
Hm, seems I really have misunderstood you. I guess this is mainly because you made an example that your phone is also a PC which is to some extent correct but does not match the common term.
I guess many developer have the problem that they usually target a specific platform and for gaming console the platform implies the operating system (e.g. XBox360, PS3). For the PC this is different but honestly I understand their implication: The majority of PCs today (still) runs Microsoft operating systems. Funny enough Macs today are technically PCs but are mentioned as "Mac" :)
0 Likes