By Liam Dawe - 4 April 2014 at 3:57 pm UTC | Views: 15,960
Today I have been lucky enough to chat with Alexei Baidalo of StarGem Inc. I got down to the nitty-gritty about their space MMO. I also recorded some game-play on Linux to show you what the game is really like. For the few hours I have spent with it so far I think it's pretty good, as it has really beautiful graphics and I simply love the space-ships. 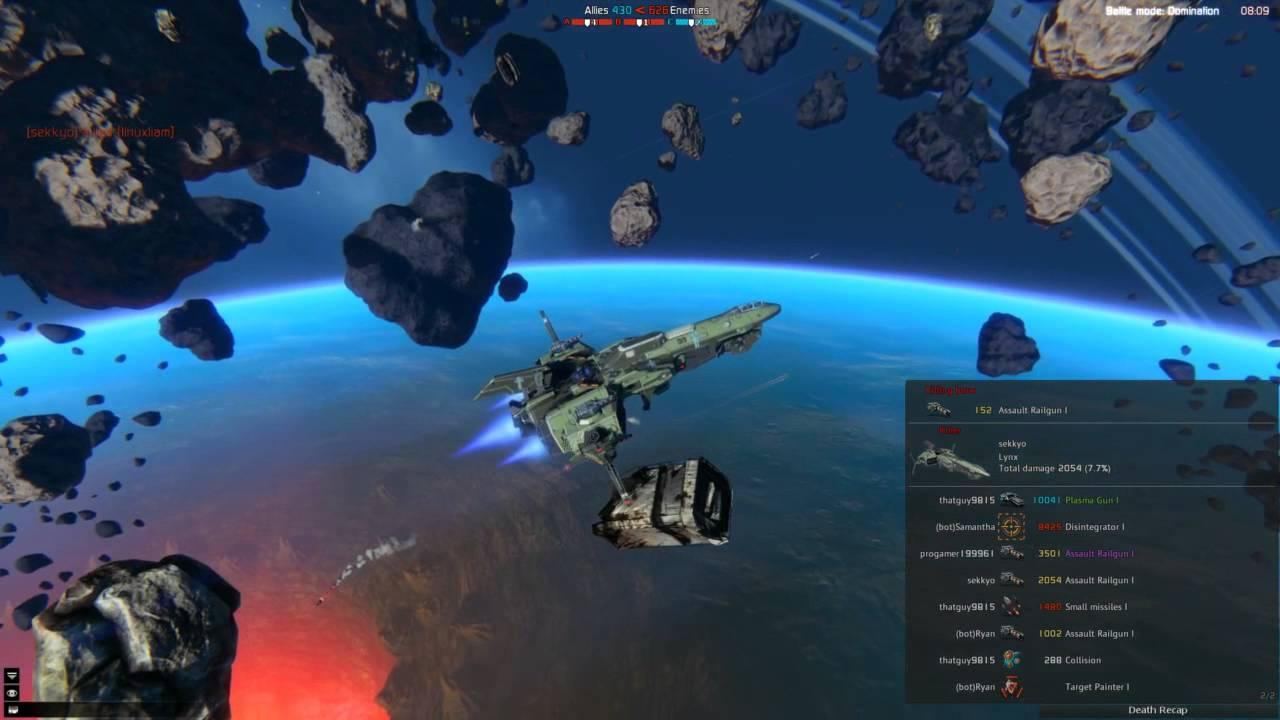 Can you introduce yourself and what you do?


QuoteMy name is Alexei Baidalo, I mostly work with text strings in games by Star Gem Inc. Which means, I write game texts in Russian, translate them into English and then coordinate the work of our amazing translators into French, German and Spanish. I also communicate with English-speaking game journalists from various publications and websites such as yours.

Why did your company decide to support Linux?


QuoteWe love experimenting and expanding the number of platforms that our game engine can handle. It already supports Mac, now we're ready to conquer Linux! Many people from the office use Linux-based systems as their home desktops, and we're convinced that this platform is often unfairly overlooked by the big guns of gamedev — as a result, Linux users were unable to get quality entertainment. The situation does look like it's finally turning around, and we're eager to support the growing trend for games on Linux.

What engine is Star Conflict built upon?


QuoteThe game is built on our own custom engine called Hammer Engine.

How did your team find the porting process? Where there many obstacles to overcome in getting your engine on Linux?


QuoteIt was quite difficult at times, but not to the point of becoming soul-crushingly frustrating. This rather massive task of porting Star Conflict to Linux had a nice balance between being technically challenging and enjoyable. Our programmers loved it!

Your team noted before that you where waiting on Valve to do some fixes for you, how involved do Valve get in helping you as developers support Linux?


QuoteWe didn't have serious problems in the first place. Valve were very helpful when it came to certain less obvious moments like pointing which configurations to test first, suggesting optimal ways of testing and much more. We couldn't ask for more really, they always answered our questions quickly and completely.

How do you and your team feel about SteamOS?


QuoteWe think it's far too soon to tell as the OS is still in its infancy. It definitely has promise but for now Ubuntu is a safer option. If you have a dedicated Steam machine though, then SteamOS is perfectly fine too!

Any plans for controller support for big-screen gaming?


QuoteYes, we are working on it and we're already very excited about how it should turn out when everything is finished and polished!

Do you have plans for more game-modes? Like a simple team death-match or even a full death-match mode with no teams?


QuoteDefinitely! The demand for new modes is high and we're ready to satisfy it! Stay tuned for more news on this topic.

Will the experience of porting Star Conflict to Linux lead your company to port more to Linux?


QuoteIt became clear to us that there really is nothing to be afraid of in porting games to Linux. When we move on to our next project, this experience will should help us make the decision.

How do you plan on preventing the game turning into a pay 2 win game?


QuoteBelieve me, we worry about that far more than we should! Several reviews have noted that our monetization system is pretty light and unobtrusive, and we'd like to keep it that way!

Will you implement a base vs base mode ( I.e. defend your carrier while trying to destroy the other teams at the same time).


QuoteYou guessed it! We are working on a mode exactly like that. Its working title is ‘Dreadnought Clash’.

Some gamers have expressed concern about the game being in what they are calling a "perpetual beta test" with "bad patches that drive gamers away", what are your thoughts on that?


QuoteWe had to implement a lot of new features due to massive waves of feedback after the game's shift into the OBT stage. This is why the revamps of older systems and improvements of the planned ones took a bit longer than we'd anticipated. As for the "bad patches", it does hurt a bit to hear that, but we understand such reaction by the players - nobody likes seeing regular changes when the just manage to adapt to the previous ones. We wouldn't really call the patches "bad", but there is a known trend when players consider the version of the game they started playing with to be "ideal". We realize that introducing changes this often may alienate some, but this is the flipside of our dedication to complete and game and bring forward its release.

I would like to thank Alexei Baidalo of StarGem for chatting with me about all of this and thanks StarGem for porting it to Linux!

You should all go check out Star Conflict, I love it. Article taken from GamingOnLinux.com.
Tags: GOL Cast, Interview, Video
1 Likes
Share

I am the owner of GamingOnLinux. After discovering Linux back in the days of Mandrake in 2003, I constantly came back to check on the progress of Linux until Ubuntu appeared on the scene and it helped me to really love it. You can reach me easily by emailing GamingOnLinux directly.
See more from me
Some you may have missed, popular articles from the last month:
The comments on this article are closed.
4 comments
Anonymous 4 Apr, 2014
I love it too :) Great game!
0 Likes
LuckyJacobs 4 Apr, 2014
I have been playing it for the last couple of days. A+ I enjoy this game.
0 Likes
ari 4 Apr, 2014
Playing since liam announced the linux release, loving it thus far. And yes, scratched my head a bit as to where did they hide the shop thinking i would inevitably find a paywall of some kind.

Refreshingly surprised when i found the details of what could be bought, like that part thus far, and open to spending money actually just to support the game, more than feelling obliged to do it, wich in the long run, might mean they get more money out of me than other games which hit the players hard with the aforementioned walls.
0 Likes
Ba7a7chy 8 Apr, 2014
Well, the game cant run on Arch Linux so ... no fun for me yet :(
0 Likes
While you're here, please consider supporting GamingOnLinux on: