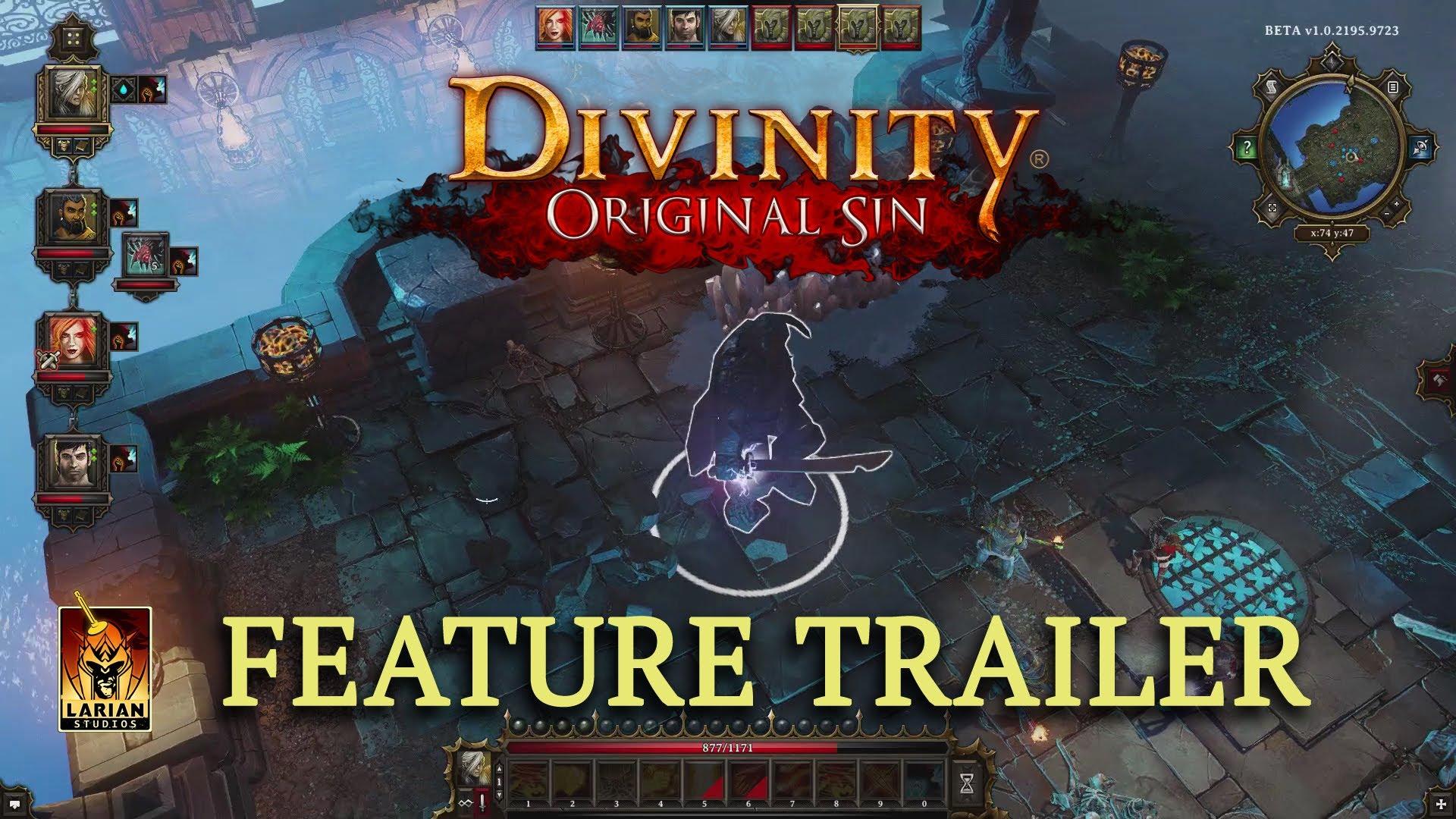 YouTube videos require cookies, you must accept their cookies to view. View cookie preferences.
Accept Cookies & Show   Direct Link
It's no secret that a lot of people are impatiently waiting for the promised Linux port of Divinity: Original Sin, but we have a little more insight as to why now.

The basics of it are:
- They had middleware problems, so they made their own
- The Linux version was based on an old branch, and fell too far behind
- They are working on something "cool" they want the Linux version to have as well

So, right now it looks like they won't start re-porting it until the Windows version has the big new "cool" feature.

You can see the developers full forum post here.

It does look fantastic, and has a lot of good reviews, but it is sad that we have to wait this long for the port. Hopefully it will be rock solid when it's released for us.

The most important thing to take away from this is that the Linux version will happen, and once Linux support is in their engine properly, future games will include Linux support.

We do often include affiliate links to earn us some pennies. We are currently affiliated with GOG and Humble Store. See more here.
About the author - Liam Dawe
I am the owner of GamingOnLinux. After discovering Linux back in the days of Mandrake in 2003, I constantly came back to check on the progress of Linux until Ubuntu appeared on the scene and it helped me to really love it. You can reach me easily by emailing GamingOnLinux directly.
See more from me
Some you may have missed, popular articles from the last month:
The comments on this article are closed.
37 comments
Page: 1/4»
FutureSuture 15 Mar, 2015

View PC info
I would love to play this, but the wait isn't so bad with all these other games on Linux worth playing.
4 Likes, Who?

Supay 15 Mar, 2015
View PC info
How strange, only last night I went on Steam and their website to see about any updates but was disappointed. I'm not buying it till Linux release though.
0 Likes

What's a bit disappointing to me is that they don't even give a rough idea how long it may take. So obviously it's not around the corner. And probably they don't event try hard anymore to make that Linux port happen asap, but target the SteamOS/Machines launch later this year.
1 Likes, Who?
edqe 15 Mar, 2015
Well, that was great post from Larian. Unfortunately this kind of things just happens sometimes. I can wait, patience is a virtue :)
0 Likes

View PC info
Considering that this game is already supposed to be a great experience, I'm really thrilled to see what the new "coolness" is that they'll be adding. In any case it's certain to be a great addition to the Linux "crpg-library".

As a side-note, I'm also eagerly awaiting "StarCrawlers", another rpg that now has a linux-beta available. Starcrawlers appears to be something like "Legend of Grimrock" in a space/sci-fi setting.

View PC info
I appreciate that they are not taking the easy route and are actually making their engine Linux compatible. This looks like a great game and I'm eager to play it, but I don't mind waiting for it. As FutureSuture said, there's plenty of games to keep me occupied, and one day this will be one of them.
0 Likes

Pangachat 15 Mar, 2015
View PC info
I hope that "cool" thing is Vulkan support, and also hope Wasteland 2 with switching to Unity 5 get that too :P
3 Likes, Who?

Devlin 15 Mar, 2015
I backed the project because they promised a Linux version, I have the game in my Steam library but I'm still waiting to play it. I understand the reasons that they are giving now, but they could have given them a year ago.

It seems clear to me that the Linux port was an afterthought without any planning behind it, maybe its not lying to the backers but as a customer I feel a bit deceived by its promised support.
3 Likes, Who?

View PC info
Too bad there's no way of checking if your tools and middleware are supporting platforms promised during your kickstarter... Oh wait...
7 Likes, Who?

Sabun 15 Mar, 2015
View PC info
Why are these companies always vague about what middleware they used? Are you under NDA when using middleware, that no soul may know you used it?
When these companies cite middleware as the reason for no Linux port, I become cautious that it's really just a pretend issue so the normal, non-developer gamers won't argue, since they don't know anything about it (and can't study further about it, since no name is provided).
6 Likes, Who?
1/4»
While you're here, please consider supporting GamingOnLinux on: