I was pointed towards Mantis Burn Racing [Steam, Official Site] as the developers are considering a Linux port of their fantastic looking top-down racer. They may do it with enough requests. 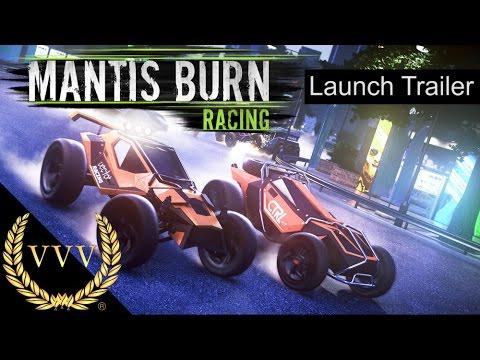 
QuoteHey, we would consider it if there was enough demand for it.


So if you would genuinely buy it for a Linux version, be sure to add your support. Don't do so unless you would though, as that inflates numbers which doesn't look good when it does get released.

I'm a big racing fan and while we have games like DiRT, that doesn't mean we can't enjoy a totally different style of racer. This does look fantastic, so I hope there's enough support for them to do it.

About the game
The race is on in Mantis Burn Racing, where fast-paced bumper-to-bumper racing combines with intuitive, tactile gameplay and stunning visuals in one of the best-looking and most immersive top-down racers around. Drive incredible built-for-racing vehicles across highly detailed, visually stunning tracks, in high-risk, high-speed races where winning is everything. Prove your skills in an extensive career mode and take on friends with 4-player local split-screen racing and online modes for up to 8 players in ‘one-more-go’ style competitive racing. With a RPG-style upgrade system providing players with deep tactical choices and excellent replay-ability, this is racing at its rawest but most exciting! Article taken from GamingOnLinux.com.
Tags: Indie Game, Racing, Steam
5 Likes, Who?
We do often include affiliate links to earn us some pennies. We are currently affiliated with GOG and Humble Store. See more here.
About the author - Liam Dawe

View PC info
already asked them a couple of times on reddit so it's your turn now :P
0 Likes

View PC info
I am usually not so much into racing games but I really like these top down fun racers. Would love to play this one Linux!
0 Likes

View PC info
I'm not a huge racing enthusiast, but this brings back memories of an arcade racing game I played as a kid. I could see myself using it as an occasional time-waster if I can grab it on sale.
0 Likes

View PC info
Yes. I needs Micromachines-like racer. I used to play the shit out of that.
0 Likes
Whitewolfe80 30 Mar, 2017

Quoting: ProfessorKaos64Yes. I needs Micromachines-like racer. I used to play the shit out of that.

View PC info
Odd that they depend their porting decision on requests. Even a tiny fraction of a market can generate substantial noise, that makes said fraction look larger than it really is. Like the raiders in MMOs, who usually represent numbers close to the Linux market share on desktops, but make so much noise that you think every MMO player is a raider. So devs continue making that sort of content despite almost nobody plays it... *giggles*
0 Likes

View PC info
Too bad they did not show the split-screen game ! I nearly dismissed this as I am looking for this kind of game but playable in split screen with at least 2 players, and the video di not show it. But a look at their Steam page shows it supports split-screen which is cool !
It reminds me a little of Ignition / Fun Tracks recently released on GOG for Linux ( which I also do not know if playable split screen): https://www.gog.com/game/ignition
0 Likes

Quoting: FraaarghIt reminds me a little of Ignition / Fun Tracks recently released on GOG for Linux ( which I also do not know if playable split screen): https://www.gog.com/game/ignition

Used to play Ignition a lot and it did indeed support split screen so I expect it still does.

Regarding this game, I am interested indeed. Can't promise anything but it's a good chance I'll get it if a Linux version happens.
0 Likes

Quoting: ProfessorKaos64Yes. I needs Micromachines-like racer. I used to play the shit out of that.

Oh god, the hours wasted on RC Pro Am... probably one of my favorite games of all time. Rock and Roll Racing wasn't quite as good for me for some reason.

What I would love is a game with this level of graphics, but basically Autoduel... I miss the hell out of that game, why Steve Jackson Games hasn't hired someone to develop one is beyond me.
0 Likes

Quoting: FraaarghToo bad they did not show the split-screen game ! I nearly dismissed this as I am looking for this kind of game but playable in split screen with at least 2 players, and the video di not show it. But a look at their Steam page shows it supports split-screen which is cool !
It reminds me a little of Ignition / Fun Tracks recently released on GOG for Linux ( which I also do not know if playable split screen): https://www.gog.com/game/ignition

I cannot speak specifically for the GoG version but Ignition does have split screen and an older version I had installed through wine did work fine with it, as well as the networked multiplayer. That was the first game I thought of when I started watching the trailer. Then Little Racers Street, a modern indie game that has a linux version already.
0 Likes
1/2»
While you're here, please consider supporting GamingOnLinux on: