Move or Die could quite easily be my new favourite game, it's absolutely nuts

Move or Die [Steam, Official Site] was sent over by Samsai during the first part of the birthday livestream today (GamingOnLinux is 8 today!) and it's quite an incredible game. 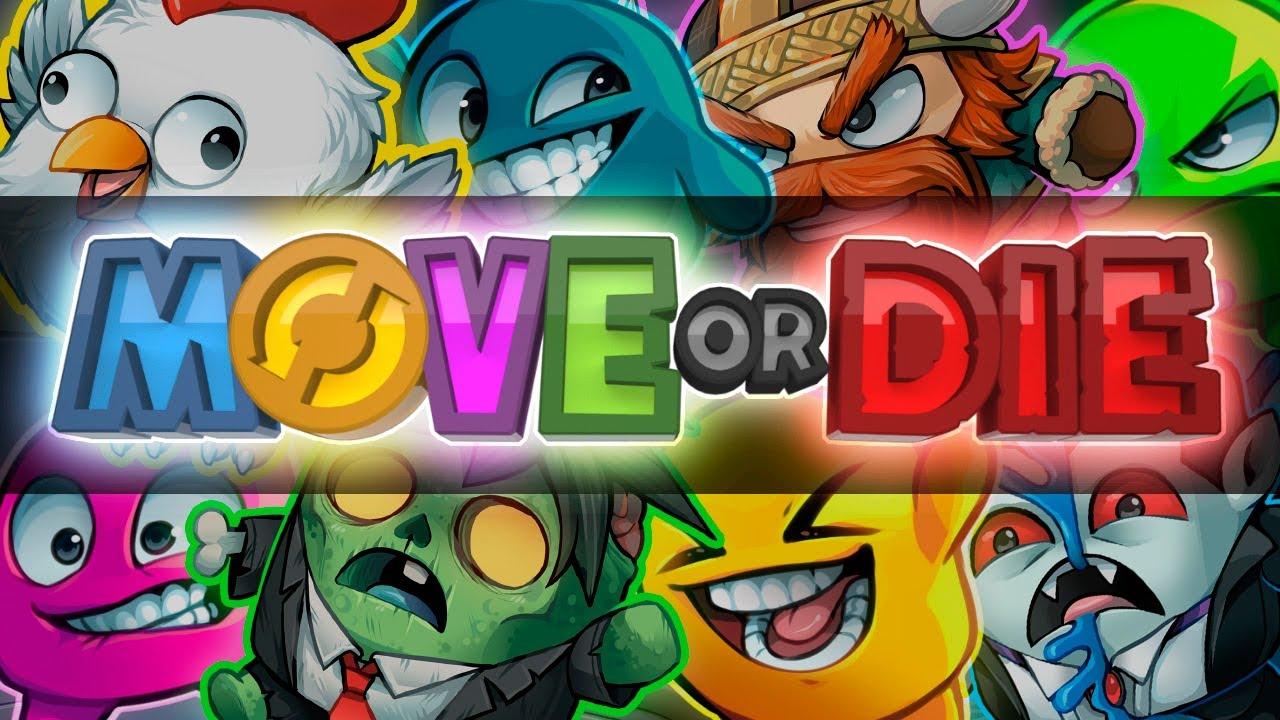 We actually had an article submitted about it last year, which was from a guest user. I completely forgot about the game until today as myself and a few others "teamed up" to give it a go and it turned into some of the best fun I've ever had.

It's a fast-paced 4 player party game that has local multiplayer as well as online play, surprisingly there's quite a number of people playing it online even now. As the name might suggest, the basic idea is that you have to keep moving, or you will die. It's nowhere near as easy as it sounds, as the game mode is different each round. One round you might need to shoot the other players, but you're only able to shoot whilst in the air. Another might see you all attempt to speedrun to the end of a level, but you're on a timer and some blocks make you explode. Another sees one person as a bomb carrier, so you have to jump around and touch another player and pass it on until it explodes.

As it might sound, it becomes frantic. It will make you laugh, a lot. The narrator makes it hilarious too, as he dishes out the salt to the losers.

Take those game modes and turn them on their heads, as there's also mutators. With the basic idea of needing to run along the ground to stay alive, some mutators change that. You might need to hug another player to stay alive, which is truly hilarious considering the different possible game modes. Passing around a bomb, while needing to hug other players to stay alive—brilliant!

It's a incredible idea with absolutely fantastic execution. While playing, you will earn XP and level up. The rewards for levelling up are random, which can include new character skins and even brand new game modes.

They regularly update it with free new content in the form of new skins, like the recent Rick & Morty pack as well as full mod support with the Steam Workshop. All new content is free, which makes me love it even more!

It also works beautifully with the Steam Controller, no issues at all there.

The game is also on sale on Steam (60% off) for another few hours, I highly recommend getting it! I don't think I can do it any justice in words, it's just amazing fun.

Also a shout out to razing32, who took one for the team and got banned for chatting on Twitch for 8 hours for accidental "chat spam" due to the game having Twitch integration. Woops!

We do often include affiliate links to earn us some pennies. We are currently affiliated with GOG and Humble Store. See more here.
About the author - Liam Dawe
I am the owner of GamingOnLinux. After discovering Linux back in the days of Mandrake in 2003, I constantly came back to check on the progress of Linux until Ubuntu appeared on the scene and it helped me to really love it. You can reach me easily by emailing GamingOnLinux directly.
See more from me
Some you may have missed, popular articles from the last month:
The comments on this article are closed.
7 comments
Guest 5 Jul, 2017
What's also cool is that it is made with opensource software.

View PC info
How did you get yout Steam Controller working? It's not working on my machine (Ubuntu 16.04). In other games I have no problems at all.
0 Likes

For me it just worked without an issue. Do you have the udev rule setup correctly?
0 Likes

For me it just worked without an issue. Do you have the udev rule setup correctly?

I didn't need the udev rule till now, but I have tried that. I use this rule from your article, but it's still not working.

Has any else this issue?
0 Likes

View PC info
What actually makes the game nuts for me is:

Becayse why the fuck would I want to play a party game online...
Made me uninstall that game quite fast.
0 Likes
Mal 6 Jul, 2017

Quoting: tumocsWhat actually makes the game nuts for me is:

Becayse why the fuck would I want to play a party game online...
Made me uninstall that game quite fast.

I wanted to rant this as well. But their support for workshop is excellent so overall it's irritating but tolerable (I can still find skins and costumes to use during actual parties).
0 Likes
While you're here, please consider supporting GamingOnLinux on: