Based on the EDuke32 game engine, NBlood is a new open source port of the classic FPS Blood. From what Voidpoint (Ion Maiden) said on Twitter, it's using their version of the game engine too.

While there's a new remaster of Blood coming from Nightdive Studios, which hasn't yet been confirmed for Linux (so we've not mentioned it) it's good to see the classics still being updated for other platforms (and getting newer features).

Once you get it compiled, it works quite nicely: 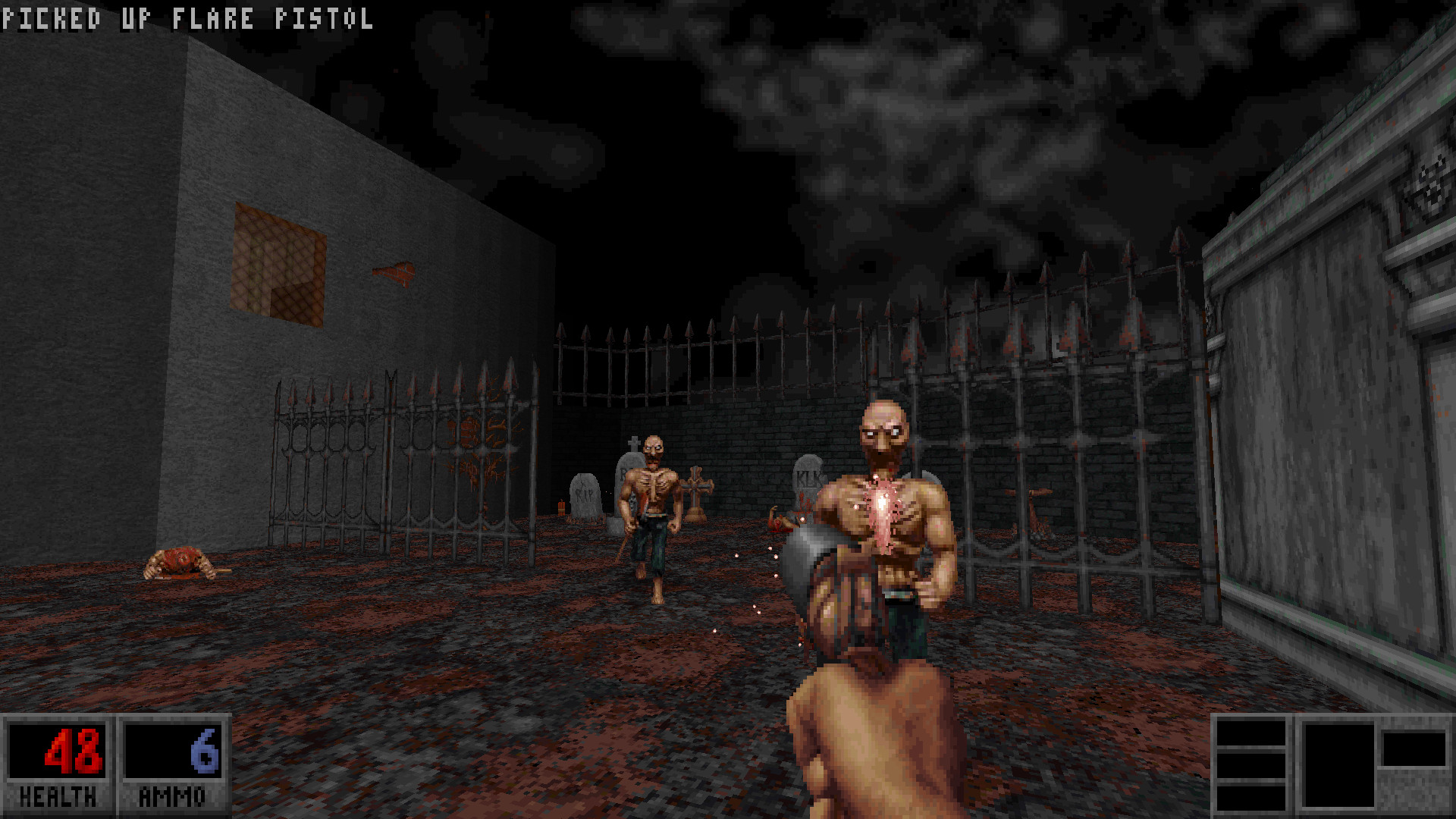 It's quite an active project, with plenty of work being done to it to clean it up and fix any issues as they arise. It would probably be worth using the latest master from the GitHub, as it includes a fix for Linux crashing on cutscene playback along with plenty of other improvements since the initial tagged release.

As always, I'm impressed with what people are able to do with older games.

Article taken from GamingOnLinux.com.
Tags: FPS, Game Engine, Open Source
15 Likes, Who?
We do often include affiliate links to earn us some pennies. We are currently affiliated with GOG, Humble Store and Paradox Interactive. See more here.
About the author - Liam Dawe

View PC info
Playing this game when I was a child is the main reason why I don't feel fear watching terror movies. It was simply too much fun.
1 Likes, Who?

QuoteIf you need a copy of Blood to use with it, you can find it on GOG.

QuoteIf you need a copy of Blood to use with it, you can find it on GOG.

I swear every time this happens they just don't show up when I search...
2 Likes, Who?

View PC info
If it's solely based on EDuke32, I doubt physics and weapons handling is authentic to original Blood. Therefore, I personally prefer BloodDGX.
0 Likes

rea987If it's solely based on EDuke32, I doubt physics and weapons handling is authentic to original Blood. Therefore, I personally prefer BloodDGX.

Contrary to BloodGDX, it can play the original demos without desyncing. That is a strong indication of authenticity.

It's open source. I've read that BloodGDX's source code should be release some time, but there has not been any sign it.

And it's not written in Java.

KlaasIt's open source. I've read that BloodGDX's source code should be release some time, but there has not been any sign it.

View PC info
Could you add a mention to the first paragraph that Voidpoint are the developers of Ion Maiden? Without that info, the paragraph is a bit obtuse.
0 Likes

CybolicCould you add a mention to the first paragraph that Voidpoint are the developers of Ion Maiden? Without that info, the paragraph is a bit obtuse.

It's really good, as it runs on the Eduke32 engine that preserves Build Engine originality and runss smooooth. I played and it's great, finally I can play this not on Dosbox and with more configurations possible like AA, RES, etc.

PS: Fedora users with Midi problems: Get timidity++ and use Arch wiki way of setting the path to where you want your soundfont from freepats website.
0 Likes

I've made a x64 build of nblood and used it in the GOG installer: https://lutris.net/games/blood-one-unit-whole-blood/
6 Likes, Who?
1/2»