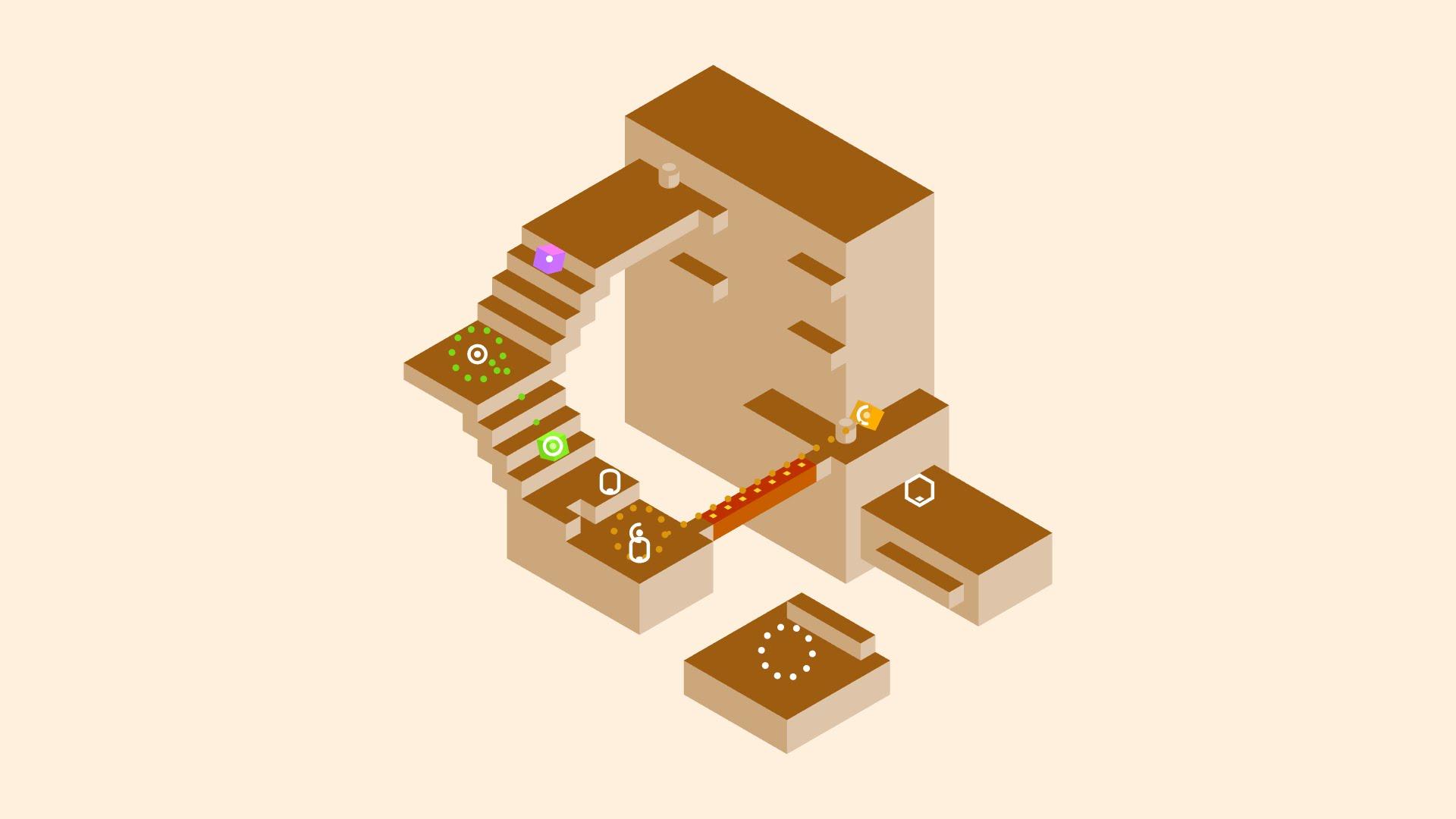 I've had access to a preview copy of the game on Linux and I made an attempt at describing the gameplay when I wrote a preview of Induction earlier this year:

QuoteIn Induction you control a cube, which has to make its way across a level to a goal. To do so, it must cross several gaps by activating bridges with keys and different kinds of sensors. Sounds simple, but when the trigger to a bridge is on another platform, things immediately get complicated. To solve this conundrum, you're able to split the timeline, and your previous self immediately starts acting out your precise movements from before. Where this really gets interesting, is when you go back in time and take control of this newly spawned cube. Doing so lets you alter the previous timeline, and it also lets you split out yet another timeline. This gets pretty insane fast, and once you encounter the more difficult puzzles, there's no choice but to create several such timelines to succeed. And if that doesn't sound complicated enough already, there's a huge catch here: All cubes have to be able to make it back to the point where their timelines were split from. Otherwise, you'll have no choice but to rewind time or start over.

The preview build I've played does a good job of easing you into the time jumping mechanics, but it gets hard quickly when you have to juggle several timelines. I have few doubts that it will be one of the most difficult and unique puzzle games to come out next year, and one that will be a must-have for puzzle enthusiasts.

Induction is slated for a release in the first quarter of 2016 and already has a page up on Steam that you can follow for announcements about the game and where you can engage in discussions on the forums. Article taken from GamingOnLinux.com.
Tags: Preview, Puzzle, Steam, Video
0 Likes
We do often include affiliate links to earn us some pennies. We are currently affiliated with GOG, Humble Store and Paradox Interactive. See more here.
About the author - flesk

Quoting: hardpenguinThis game looks very much like EDGE from 2011.

Yeah, it looks a bit like it, but plays nothing like it. EDGE is good though, and is definitely a game to check out for anyone who hasn't done so, and are fans of "isometric arcade platformers". I do feel like it overstays its welcome a bit though, and I haven't gotten all the way through it myself, but I'm a huge fan of their game Toki Tori 2+, which is a "metroidvania-esque" puzzle platformer.

EDIT: Come to think of it, I had the same discussion on the Steam forums last month. :P

QuoteI've played an early press build of Induction, and while the two games might look similar, they're vastly different gameplay wise. EDGE is basically a platformer with some really difficult timing challenges, and Induction is a very challenging puzzler. If I was to compare Induction to another game, I'd say Braid and The Misadventures of P.B. Winterbottom are both more similar.

I forgot about Gateways, which I briefly mentioned in my previous article, but that also has a bit of these kinds of puzzles, and is worth checking out.