Octodad: Dadliest Catch To Release For Linux This Month

By Liam Dawe - 16 January 2014 at 9:12 pm UTC | Views: 4,439
Octodad: Dadliest Catch is about destruction, deception, and fatherhood. The player controls Octodad, a dapper octopus masquerading as a human, as he goes about daily life.

They have released a new trailer, feast your eyes! 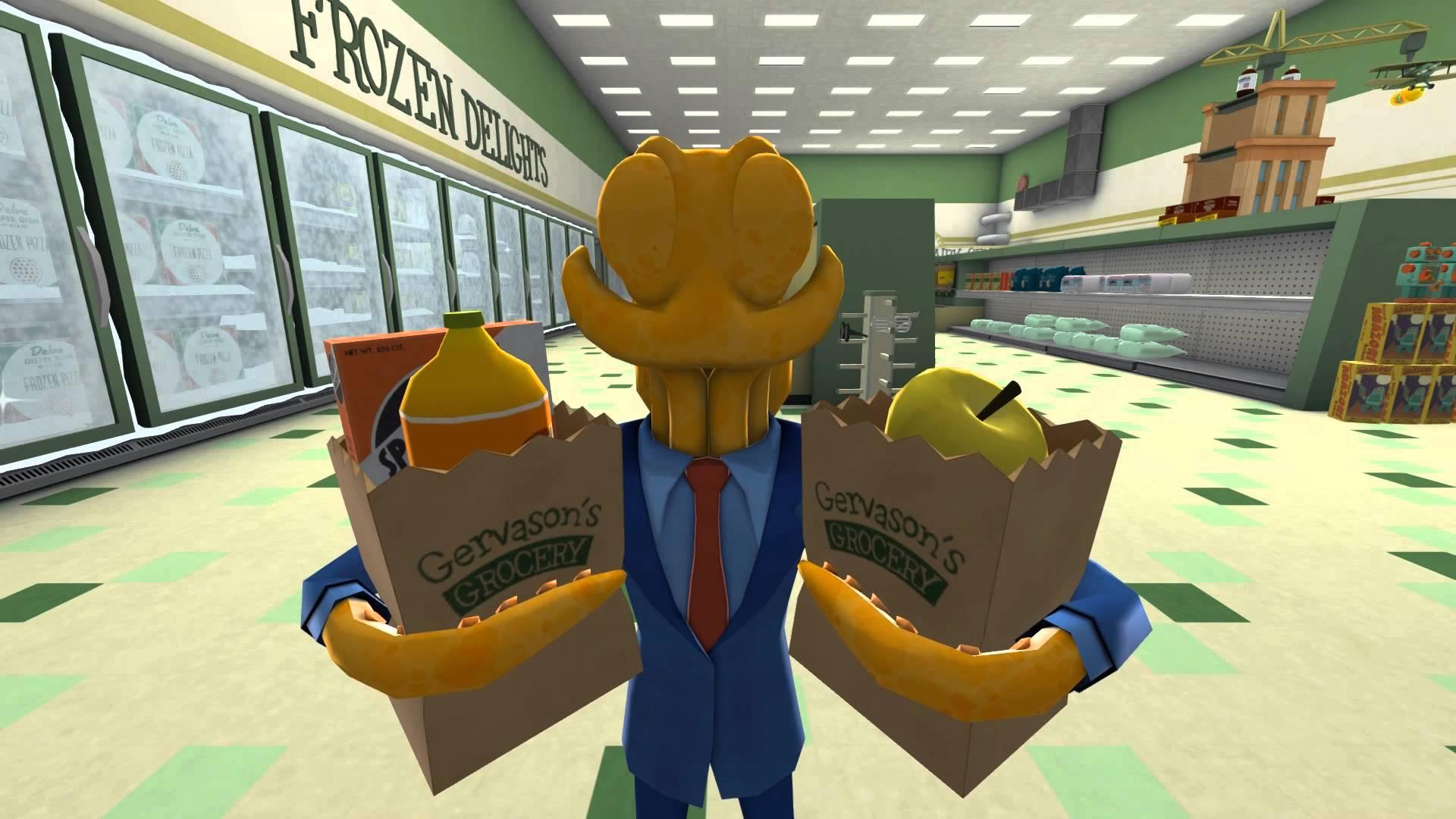 YouTube videos require cookies, you must accept their cookies to view. View cookie preferences.
Accept Cookies & Show   Direct Link
Octodad's existence is a constant struggle, as he must master mundane tasks with his unwieldy boneless tentacles while simultaneously keeping his cephalopodan nature a secret from his human family. Opposing the octopus are scores of staircases, boxes of banana peels, and one intense sushi chef.

Octodad has gotten himself in a bind between his wife's mounting mistrust, and a disastrous trip to the local aquarium! Manipulate his body like a squishy marionette to maintain the masquerade, as too much suspicion from the proper populace will doom him to sleep with the fishes!

It will release on both Humble & Steam for Linux gamers on the 30th January, the sequel to Octodad which became quite a hit and sadly didn't have a Linux version will be a sure hit when it arrives. This game looks seriously funny to play, anyone else excited? Article taken from GamingOnLinux.com.
Tags: Adventure, Humble Store, Indie Game, Steam, Upcoming
0 Likes
Share

I am the owner of GamingOnLinux. After discovering Linux back in the days of Mandrake in 2003, I constantly came back to check on the progress of Linux until Ubuntu appeared on the scene and it helped me to really love it. You can reach me easily by emailing GamingOnLinux directly.
See more from me
Some you may have missed, popular articles from the last month:
The comments on this article are closed.
1 comment
PKM 16 Jan, 2014
I'm planning to get the cheapest steam machine so I take it around my friends (and maybe do some streaming) and play some simple fun titles like this :D
0 Likes
While you're here, please consider supporting GamingOnLinux on: