By OpenMW - 29 April 2013 at 6:25 am UTC | Views: 4,877
The OpenMW team is proud to announce the release of version 0.23.0! Release packages for Ubuntu are now available via our Launchpad PPA and for Debian in our Debian PPA. Release packages for other platforms are available on our Download page. This release introduces the initial implementation of NPC movement AI, item repairing, enchanting, levelled items, texture animation, basic particles, and more, along with an extensive list of fixes and improvements. Also as a note, Morrowind's 11th Anniversary is May 1st!


Check out the release video by the our very own WeirdSexy. 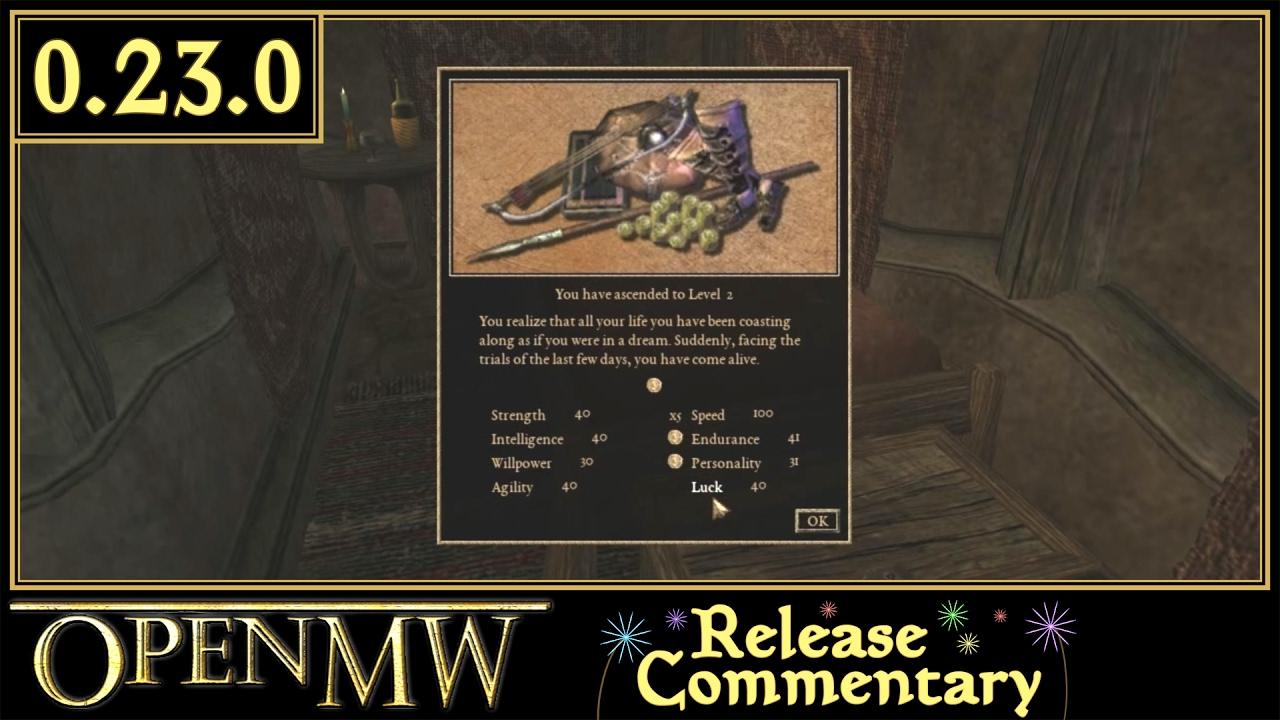 We do often include affiliate links to earn us some pennies. We are currently affiliated with GOG and Humble Store. See more here.
About the author - OpenMW
OpenMW is an attempt to reimplement the popular role playing game Morrowind. It aims to be a fully playable, open source implementation of the game. You must own Morrowind to use OpenMW. You can watch short video-faq or read detailed information on [url=www.openmw.org]our site[/url]
See more from me
Some you may have missed, popular articles from the last month:
The comments on this article are closed.
No comments yet!
While you're here, please consider supporting GamingOnLinux on: