Philosophical and mystical horror 'Fibrillation HD' is now on Linux

After something perhaps a little different? The philosophical and mystical horror Fibrillation HD just recently arrived on Linux.

Originally released for Windows back in April last year, Linux support officially arrived yesterday. It turns out, a Linux version was requested by a GOL reader way back in October last year. The developer said at that point "Not in the near future, unfortunately." and then suddenly it's here. Always nice to see the unexpected.

Here's more about the game:

Fibrillation is a philosophical and mystical horror story experienced in the first person and designed to be played in one sitting. This is a small game, and a full session takes about an hour and a half to complete. The game provides players with the unique experience of being immersed in an atmosphere of emptiness, helplessness and anxiety, just like in our worst nightmares.

The protagonist, Ewan, wanders through mysterious places, trying to figure out where is he. Hounded by his fears, our hero must overcome all obstacles to find a way out, after which the player will face the choice of how he ends the game, thus deciding Ewan's fate. 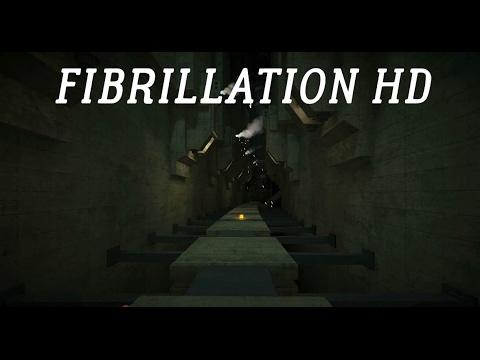 You can find Fibrillation HD on Steam, where it's 30% off until May 21st.

Article taken from GamingOnLinux.com.
Tags: Adventure, Horror, Indie Game, Steam
10 Likes, Who?
We do often include affiliate links to earn us some pennies. We are currently affiliated with GOG, Humble Store and Paradox Interactive. See more here.
About the author - Liam Dawe

View PC info
Just got this.
Love me some horror.

I will feel so embarrassed when it takes me double.

razing32Just got this.
Love me some horror.

I will feel so embarrassed when it takes me double.

Ah it's not a race though remember, I always find the times developers say are off since they know their own game, it's hard from them to imagine properly someone who doesn't know it.
0 Likes

liamdaweAh it's not a race though remember, I always find the times developers say are off since they know their own game, it's hard from them to imagine properly someone who doesn't know it.

Nowhere was this more true than in The Long Dark. Their 15 hours of content for the first two episodes took me 35 hours.