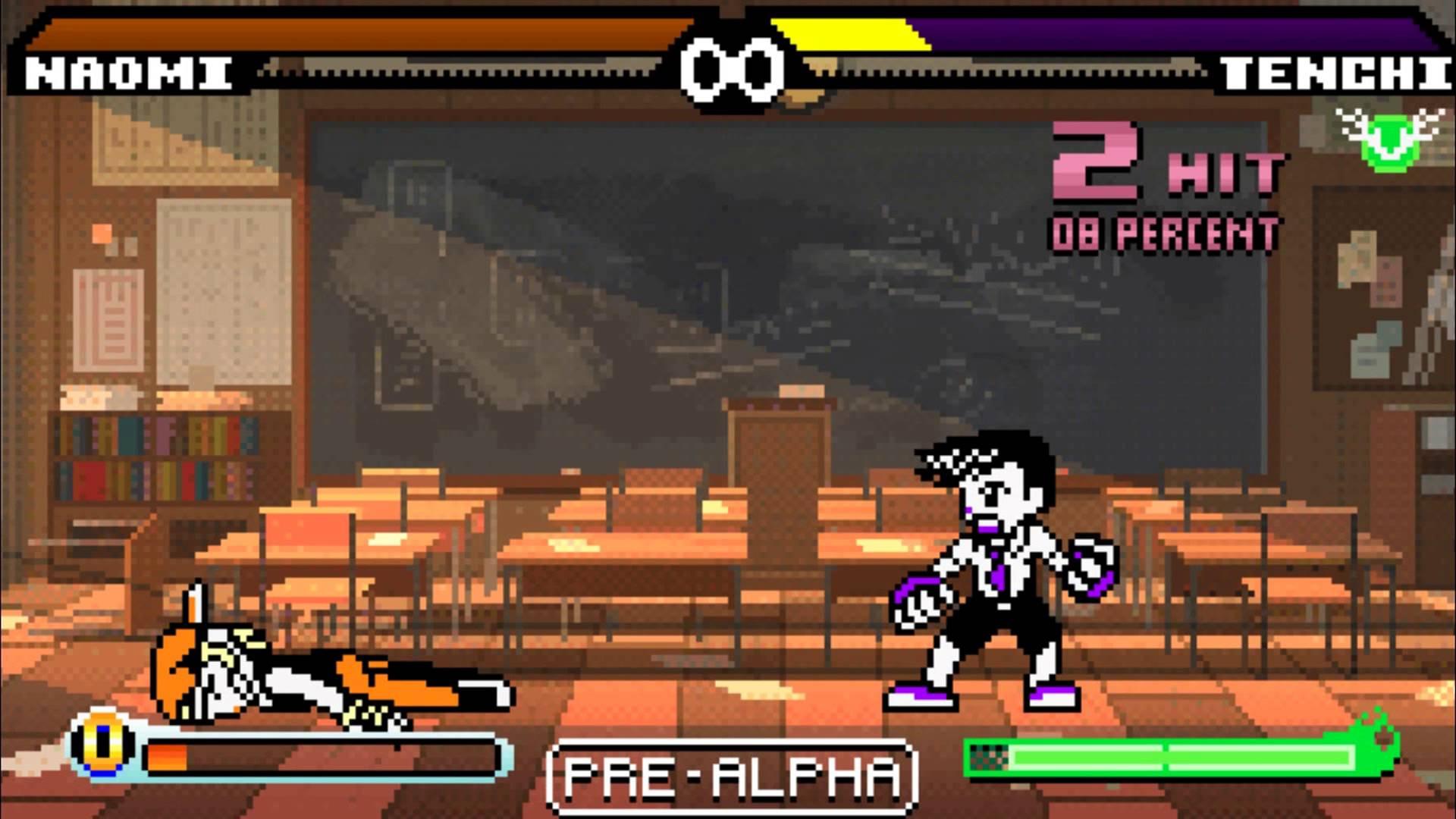 YouTube videos require cookies, you must accept their cookies to view. View cookie preferences.
Accept Cookies & Show   Direct Link
Pocket Rumble is a fun looking 2D fighting game currently on Kickstarter that promises a Linux port if they hit a stretch goal, I know what you're thinking, but look past that for a minute.

I know you dislike stretch goals, but for some developers it just isn't feasible to fork out for our tiny platform without backup. The stretch goal is for both Mac & Linux anyway, so it's not just a "Linux" goal by itself, and to top it off the Linux goal includes another character. So, it would be a crime to not hit the goal.

About Pocket Rumble
Pocket Rumble takes inspiration from the legacy of 2D fighters that precede it, especially the SNK fighters for the Neo Geo Pocket. The goal is to reduce the level of execution and memorization to the minimum necessary to retain all the core 2D fighter mechanics and game-play elements.

One thing we do have a severe lack of is 2D fighters, so I'm all for this coming to Linux! I used to love playing a good fighting game when I was younger, and we could really do with a new one

The game does sound very interesting for the AI's ability to learn your play style, and to use that against you. I love that idea, and really hope I can see that in action myself. There's nothing worse than a boring AI in a fighting game.

If battling against smart AI isn't your thing, then how about playing online easily? Pocket Rumble has that covered too, and it uses a ranking system.

There's a lot more to it, so I suggest taking a look at the link below.

Check out Pocket Rumble on Kickstarter now. Article taken from GamingOnLinux.com.
Tags: Action, Crowdfunding
0 Likes
We do often include affiliate links to earn us some pennies. We are currently affiliated with GOG and Humble Store. See more here.
About the author - Liam Dawe

View PC info
I've been burned on Linux stretch goals in the past, so my current stance on them is to hold off pledging until the goal has been reached. Or at least until it's guaranteed to make it with the help of Linux backers. 55% beyond the initial target seems a bit steep though.
0 Likes

View PC info
It's actually their second attempt at Kickstarting this game. Their first campaign failed a little over one year ago; it included a Linux version with its base goal (which incidentally was lower than the current one) and we covered it in TFC#16.

I wouldn't get my hopes too high for it though, as it doesn't seem to be trending towards the required $35k. The typical final 48h rush would need to be truly spectacular...
0 Likes
While you're here, please consider supporting GamingOnLinux on: