Redie sincerely took me by surprise when I was researching another game. It got my attention from the first second, and so far it’s one indie game that I can’t wait to play when it’s fully released on November 2016. It already has a lightweight demo (only 102 MB) that I absolutely recommend to try, which you can download from IndieDB or itch.io.

I think Redie has everything to become one of those games with “overwhelmingly positive” reviews on Steam: it’s addictive, the enemies are relentless, it has excellent performance (I never got a single case of stuttering in my old PC) and also it has “personality”. Regarding this last point, it’s funny because the developers said on the Kickstarter page they made the game look that way because they didn’t have budget to hire an artist, but in the end the resulting style not only looks very nice, but it’s also very distinctive. 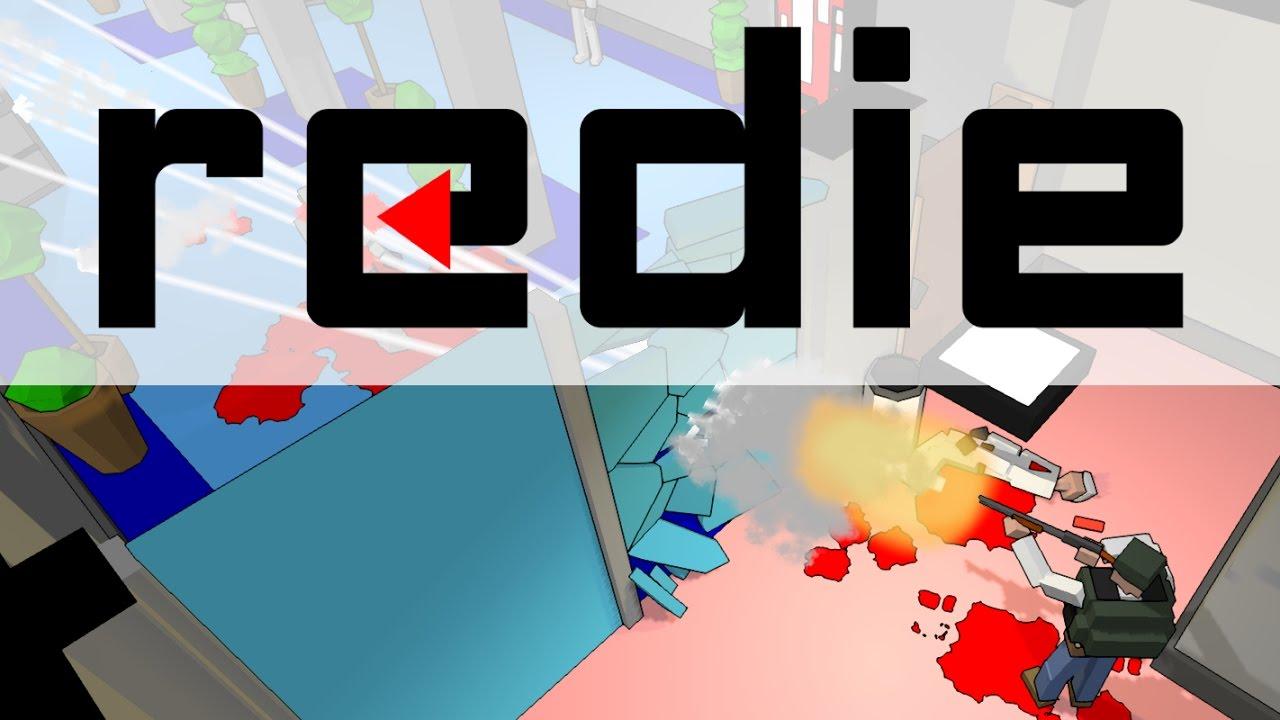 Also, I have to commend the developers’ attitude: when I sent emails to them, not only were their replies quick (considering they’re only two brothers) but also there was a small problem with the demo (it only supported Ubuntu 16 at that moment) and they quickly fixed it in a weekend. Though consider the following comments they made regarding compatibility with certain systems, to warn you in advance:

QuoteWe noticed that it doesn't run on some Intel integrated graphics with old drivers, but we are working on a fix.

QuoteWe've uploaded a new version to both websites. We tried it on Ubuntu 12, 14, 16 and Linux Mint Qiana, where it works out of the box. On other distributions, like Debian it should work if you install a graphics driver that supports OpenGL 3.3. 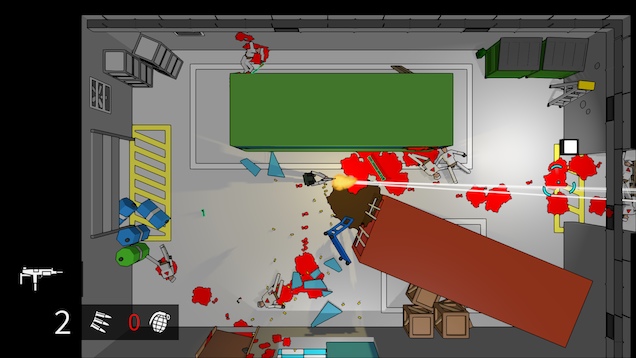 Regarding the resemblance with Hotline Miami, the brothers made very clear that although the inspiration was obvious, they aren’t aiming to be a simple copy-and-paste. The specific differences were stated in this post submitted to the Steam Greenlight page:

Although I didn’t find anything negative in the game so far, I would like to point out a few suggestions, which aren’t that hard to implement but would make the game even better:
-DRM-Free version
-A game mode that rewards a stealth approach as well: for instance, having to complete levels without being seen by any enemy.
-Scoreboards for the Steam version.
-A level editor. 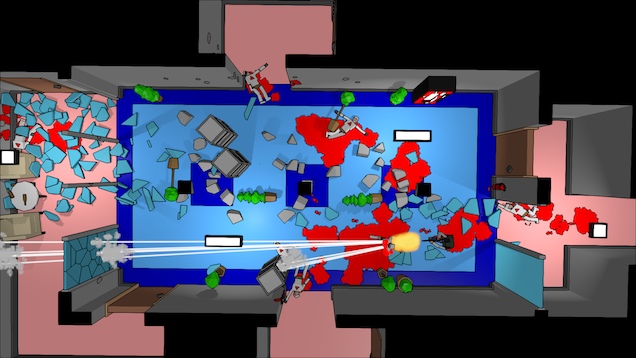 On another subject, at the moment of publishing this article, the game was already Greenlit, but they still need support for the Kickstarter campaign, so if you played the demo and were convinced by it, you can help them either by contributing with money or by making other people aware of the game. Naturally, all the previous only applies if you’re a person who likes to participate in these kind of campaigns in the first place.

In conclusion. for all the reasons mentioned above, I genuinely hope these developers have luck with the game; they seem enthusiastic, their communication is clear and transparent and despite being students, so far they’ve showed more professionalism than a lot of so-called established developers. And now, if you excuse me, I need to go to Re-die again… 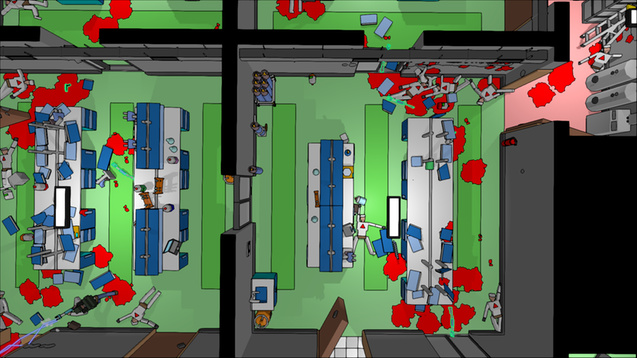 About the game (Official)
Redie is a challenging singleplayer 3D top-down shooter. We don't tell a story and instead we focus on bringing you a high quality gameplay experience with tight controls. Finishing the game is not exactly a walk in the park, so prepare to (re)die.

-Easy to learn – hard to master - The basic goal of Redie is simple: Eliminate all enemies using various weapons. The hard part: Staying calm, aiming and keeping an eye on your ammo, while being attacked from all sides. (...) The enemies' reaction time is inhumanly short and they may come from almost everywhere. However, they are very predictable and by utilizing your vision advantage, you are able to shoot first.
-Deadly weapons - one shot, one kill! - Redie features over ten weapons which all play noticeably different, but they have one thing in common: They can kill with a single bullet.

-Physics! - The levels are stuffed with destructible objects and devastating explosives for you to enjoy! Combined with ragdolls, blood effects and bullet shells, the levels are pretty messed up after you are done with them.
-Tons of action! - Redie features 25 levels with increasing difficulty and if that is not enough, you can try your hand at the difficult mastery challenges. The mastery is different for each level and must be completed within a certain time limit.
-No story! - We know how enthralling a well though-out story can be and how frustrating it is to experience a game with a half-hearted narrative. Our decision was to focus our limited resources to refine other aspects of the game instead. So don't play Redie expecting a deep story about some random guy getting phone calls telling him to go and kill people. Redie jumps straight into action.

(...)
-Choose your pace - You can choose how you want to play. If your main goal is to just beat the level, a slow and careful approach might work. But if you want to get a good score or beat the mastery, playing aggressive is mandatory.
-Higher framerate = more fun! - We built our game engine from scratch and try our best to optimize Redie to reduce input-lag and ensure smooth gameplay, particularly making use of displays with high refresh rates. Even if your monitor caps at 60hz, more frames per second means less input-lag. (...)

View PC info
Hm, I had given this one a pass when I first ran across it. "Pfft," thought I."Another Hotline clone." But I didn't notice the 3D graphics effect. In fact I had passed over it so quickly I hadn't caught that the scenery was destructible. Or that there was a demo, which I shall download and try out.

Thanks for the second look, Sangre!
0 Likes
While you're here, please consider supporting GamingOnLinux on: