RUNNING WITH RIFLES has a major update and a DLC announcement

By Liam Dawe - 29 March 2017 at 9:42 am UTC | Views: 4,507
RUNNING WITH RIFLES [Steam, Official Site] is the rather excellent top-down shooter with RPG elements that has Linux support. A major patch was just released along with a big DLC announcement. 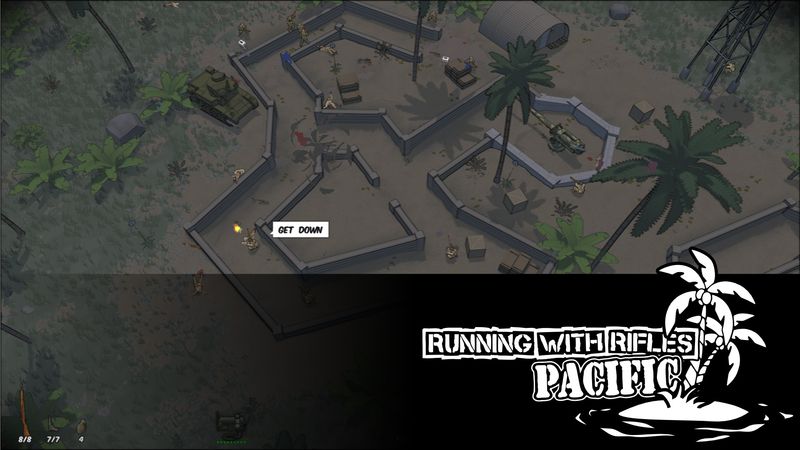 As for the DLC announcement, it will be named 'RUNNING WITH RIFLES: PACIFIC' and it will contain a campaign where you play as either the United States Marine Corps, or the Imperial Japanese Army. It will have historical weapons, items, lots of new maps and new vehicles too. Sounds like it's going to be awesome!

Seriously, I urge you to give it a go as I found it extremely fun. You can find the full release notes and DLC info in this post. Article taken from GamingOnLinux.com.
Tags: Misc
5 Likes , Who?
Share

View PC info
Dammit! Why am I not playing this game? I own it. I've set up a Steam Controller config for it. I've fooled around with it. But I haven't ever settled in and begun playing it!

Quoting: NanobangDammit! Why am I not playing this game? I own it. I've set up a Steam Controller config for it. I've fooled around with it. But I haven't ever settled in and begun playing it!

View PC info
It also has a nice demo, which is the only way I've experienced it so far; but my friend and I keep talking about getting it…
0 Likes
While you're here, please consider supporting GamingOnLinux on: