Prepare to flex those godly muscles of yours as Abbey Games (Reus and Renowned Explorers) have managed to get Godhood funded.

Their Kickstarter campaign just recently ended, with that they managed to get just over their goal of €50K from around 1.5K backers so they only really just scraped by with it.

If you want an early look, they livestreamed some of it like this first video below (more on their YouTube channel): 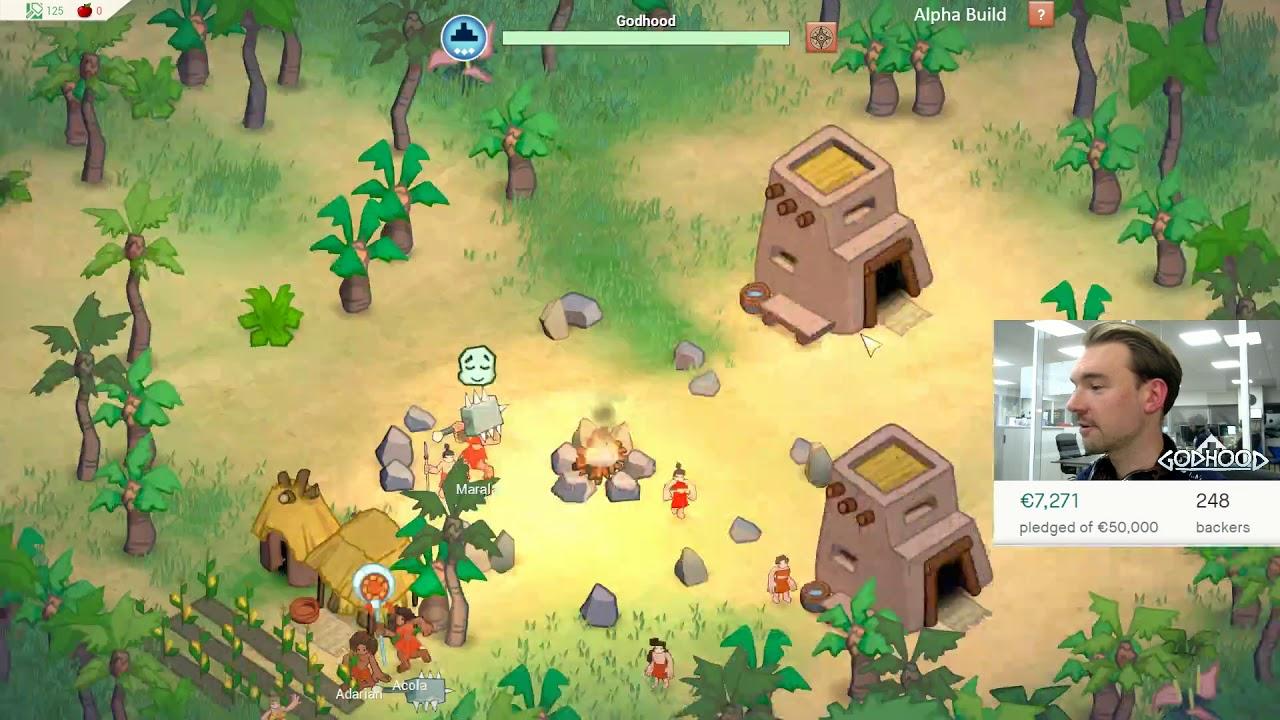 Now that they have their funding, they will be moving forwards with development. Their first planned release in for Godhood to be an Early Access title in May and Linux will see support then according to their info.

You can wishlist it on Steam right now ready for release. They said it will also be on GOG, no page up yet though.

Article taken from GamingOnLinux.com.
Tags: Crowdfunding, Indie Game, Simulation, Steam, Strategy, Upcoming
10 Likes, Who?
We do often include affiliate links to earn us some pennies. We are currently affiliated with GOG and Humble Store. See more here.
About the author - Liam Dawe

I supported this game, because the Reus was really nice game with native Linux support and I like the graphic style.

And I'm missing Black & White like games on Linux.
0 Likes

View PC info
I am surprised that Godhood only "managed to get just over their goal of €50K from around 1.5K backers so they only really just scraped by with it."
The game looks like something that I would really enjoy... I have always considered Godhood my "dream job". :) I did not do the Kickstarter, because Kickstarter does not take PalPal; but I did pick up the "Late Backer Option". With the Late Backer Option you get the same benefits that were available on Kickstarter; including free copies of the previous two Abby Games releases: Reus and Renowned Explorers.
0 Likes

Quoting: RFSharpeI am surprised that Godhood only "managed to get just over their goal of €50K from around 1.5K backers so they only really just scraped by with it." <snip>

I guess that too few people actually knew about the Kickstarter campaign. I didn't read anything about it anywhere else than here. Also, it is my impression that they didn't really get the asocial media motor running at full speed...

But no need to complain, the Kickstarter was successful in the end, and that is no small feat for a game company to achieve.
2 Likes, Who?

View PC info
Now I feel bad I never had the disposable income to support it. This game is right up my alley and I hope to play it on my channel when it comes out.
0 Likes
While you're here, please consider supporting GamingOnLinux on: