Solace Crafting [Official Site] from Big Kitty Games is an open world fantasy survival RPG, with an aim to be as open as possible and let you basically do whatever you please.

It released into Early Access back in January this year, with Linux support being added later in June. I imagine many people missed it, since Steam doesn't notify people when an existing game gains a Linux version, part of why we're here is to let you know! What's nice to see, is that the developer actually tested it themselves, since it's pretty common for developers to not actually test the Linux version it was nice to see it clearly mentioned.

Solace Crafting lets you build and go any where you want with one caveat, the further you travel from the start the harder everything becomes, to no end. A fantasy sandbox, there is no "do this to finish the game." Explore, unlock recipes, seek out rare resources, build towns, level up, and own the wild.

Good weapons and armor need good materials to make them. Resources in Solace Crafting are tier and rarity based, meaning the more dangerous the area you're in the higher tier of resources will be available. In order to help you find elite and legendary grade resources you can build towns and populate them with NPCs to locate rare resources for you.

Recipes in Solace Crafting are not predefined. A leather boots recipe creates leather boots, but the level, tier, rarity, and color are completely up to you, limited only by your resources and skills. As you push further and find increasingly powerful materials, upgrading your equipment is paramount to survival. 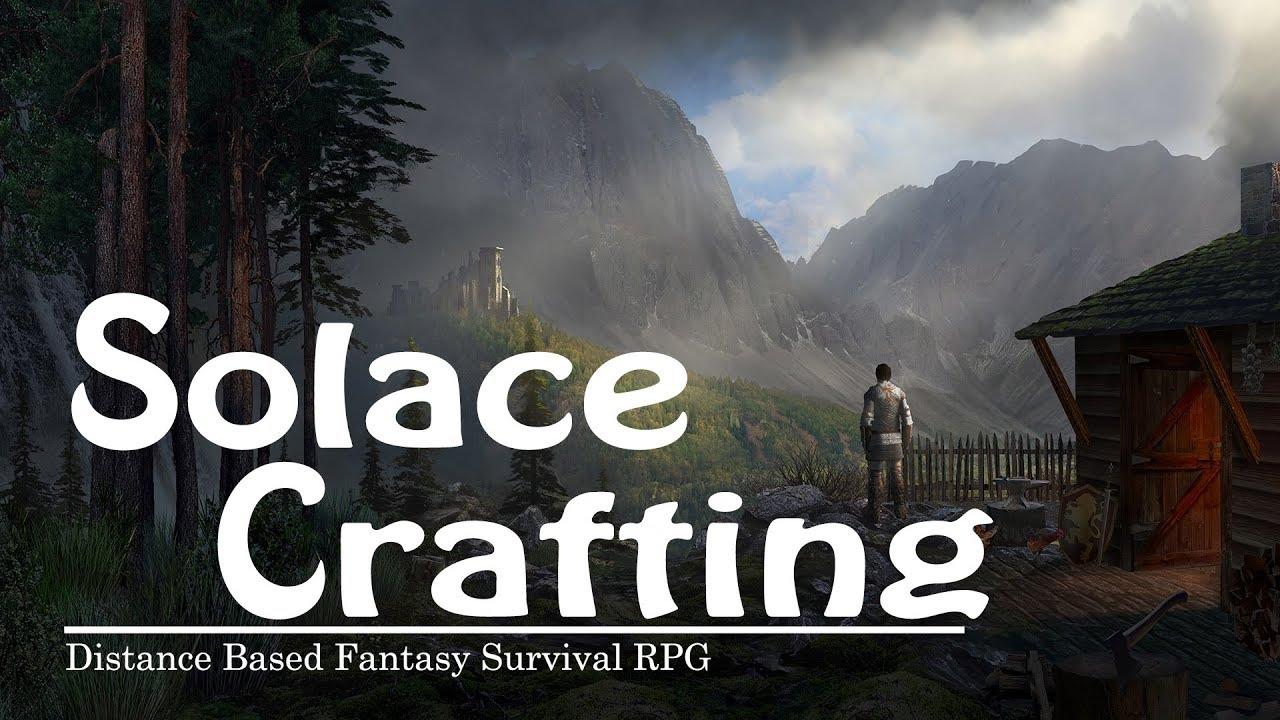 I've reached out to the developer, to see if we can get a few keys to test with and actually give it some thoughts. So hopefully you can expect to see more about it from us in future. It does seem interesting!

I do like their commitment to have no paid DLC, no pay to win mechanics, unlimited player levels, nothing that's off limits as it's a completely open world and so on. If you like the sound of it, you can find it on Steam.

View PC info
Holy shit, how have I not heard of this game before now??? This looks amazing! =D I'll definitely be giving it a buy when I get my next paycheck. Thanks for sharing! :)
1 Likes, Who?

wintermute 11 Sep, 2018
View PC info
I backed the failed Kickstarter last year and then backed the dev on Patreon when he started up that alternative. Dev communicates well and has some interesting ideas, looking forward to see how this develops.
1 Likes, Who?

View PC info
Looks very Interesting. But idk if my PC can run it....
0 Likes

View PC info
Stop it, already.
My wishlist is blowing up again.
1 Likes, Who?

View PC info
I know it's early access - but the running animation (2nd video on steam) is hopefully a placeholder :X
0 Likes

Quoting: garpuHuh, interesting. So a less tedious Wurm? (I do like Wurm, but it's old school, even tweaked.)

It does look like Wurm On Steroids. I'm quite happy with Rising World lately tho. The build system with "planks and beams" is really a thing for me. Tired of the ever same walls/windows/roofs. Also coming: Blocks resizing and rotation, afaik. Perfect for a builder like me :)

Will check this out anyway, oc.
0 Likes

View PC info
Rising World is perfect for builder, for sure. I love this game. I have bought Solace Crafting this day and it is good as far as I play (only 4 hours yet). I needed to custom launch option in steam for playing (world didn't load well without that command)
LANG=C %command%
Very good feelings, you can build fast and with not so much grinding and feel MMO (but singleplayer for now). I think I will "waste" lots of hours in this game (between wasting hours in Rising World ^^). Sorry for my bad english.
1 Likes, Who?

View PC info
Seems interesting
I like to "waste" time in crafting games.
With 7D2D I twas a bit annoying to get certain resources/levels , so if this removes some of that grind I am cool with it.
My only gripe is the menus look a bit stock , like all the buttons need revamping to something more consistent.
0 Likes

Quoting: botchikiiRising World is perfect for builder, for sure. I love this game.

Where do you play? I'm on medievalrealms.co.uk since this is perfect for a timber buildings lover like myself :)