Some initial thoughts on Robocraft, the free to play game about building and fighting vehicles 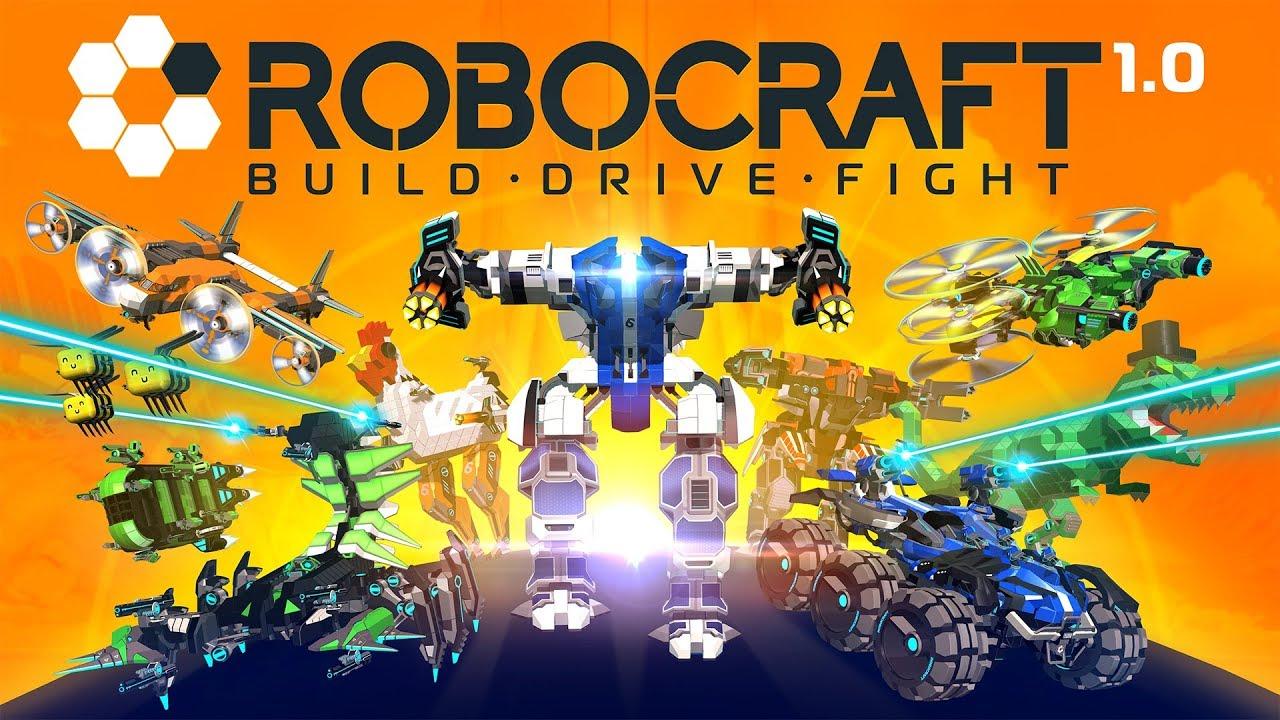 Like other free to play titles, Robocraft is another game that has an optional Premium membership. Robocraft is a little different though, as they offer a lifetime Premium subscription for £39.99. So unlike some games, you can play it for a while for free and pay a one off payment to get Premium forever. That's not too bad, but there's still a lot of complaints about it becoming pay to win.

If anything, they've actually improved the game quite a lot since I last played it. It was originally damn confusing with tech tiers and all sorts of craziness. Now there's none of that and it makes it a simpler, but more enjoyable experience, to me at least.

One strange issue was linking my Steam account, it said my Steam name was available, but it didn't let me register. Changing my name to something random did work, odd, but it worked in the end.

The Linux version for the most part does seem to run okay, apart from the resolution switcher always reverting to 800x600, so when changing settings you need to keep changing that back if you need to adjust anything. It also reverts my fullscreen setting on each launch too.

The building system is extremely easy to use! Pick a block, click it down, rotate with the mouse wheel and so on. Some games overcomplicate it, but it's really surprisingly easy to build anything you have the blocks to achieve. 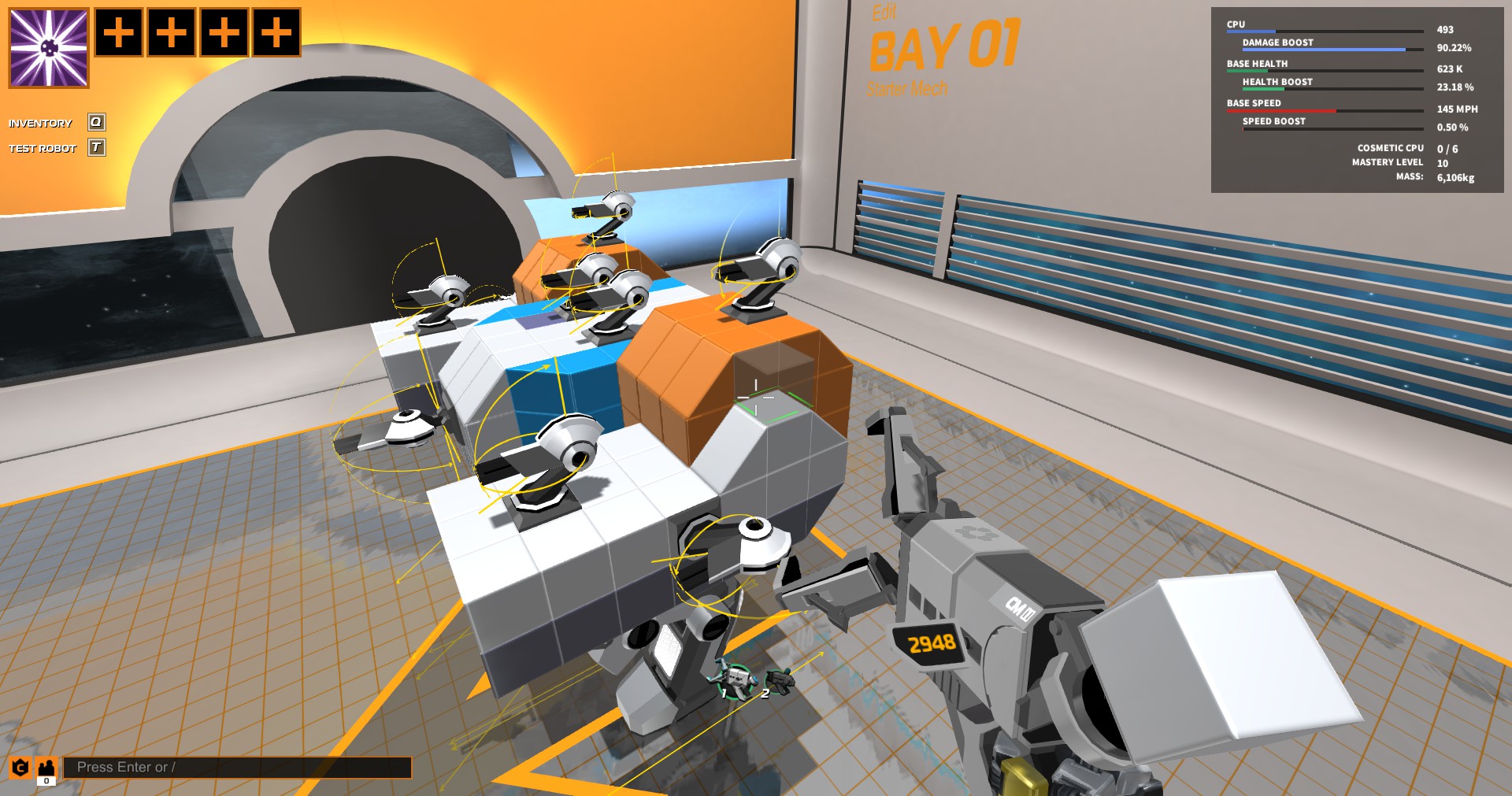 I tested out building some robots and playing some games and I honestly came off quite impressed. At one point my mech's legs were destroyed, so I slid along the ground until I stopped and had to wait for the auto heal to kick in. I was left with 2-3 cubes and a turret that could still fire — amusing!

You seem to gain experience and level up even when playing battles against AI. For example: My team was defeated, but even so I levelled up and gained two crates to open. To me, so far, it actually seems quite reasonable. The crates I opened also gave me rare items, so even though I would get more items with a Premium subscription, the items I was getting were still quite good. You often get in-game "Robits" from crates too, which can be used to purchase weapons or full vehicles. I tested it out, using some of my Robits to purchase a rare long-range weapon, a few more of these and at range I might be unstoppable. I later got a crate that gave me an "Epic" class item too: 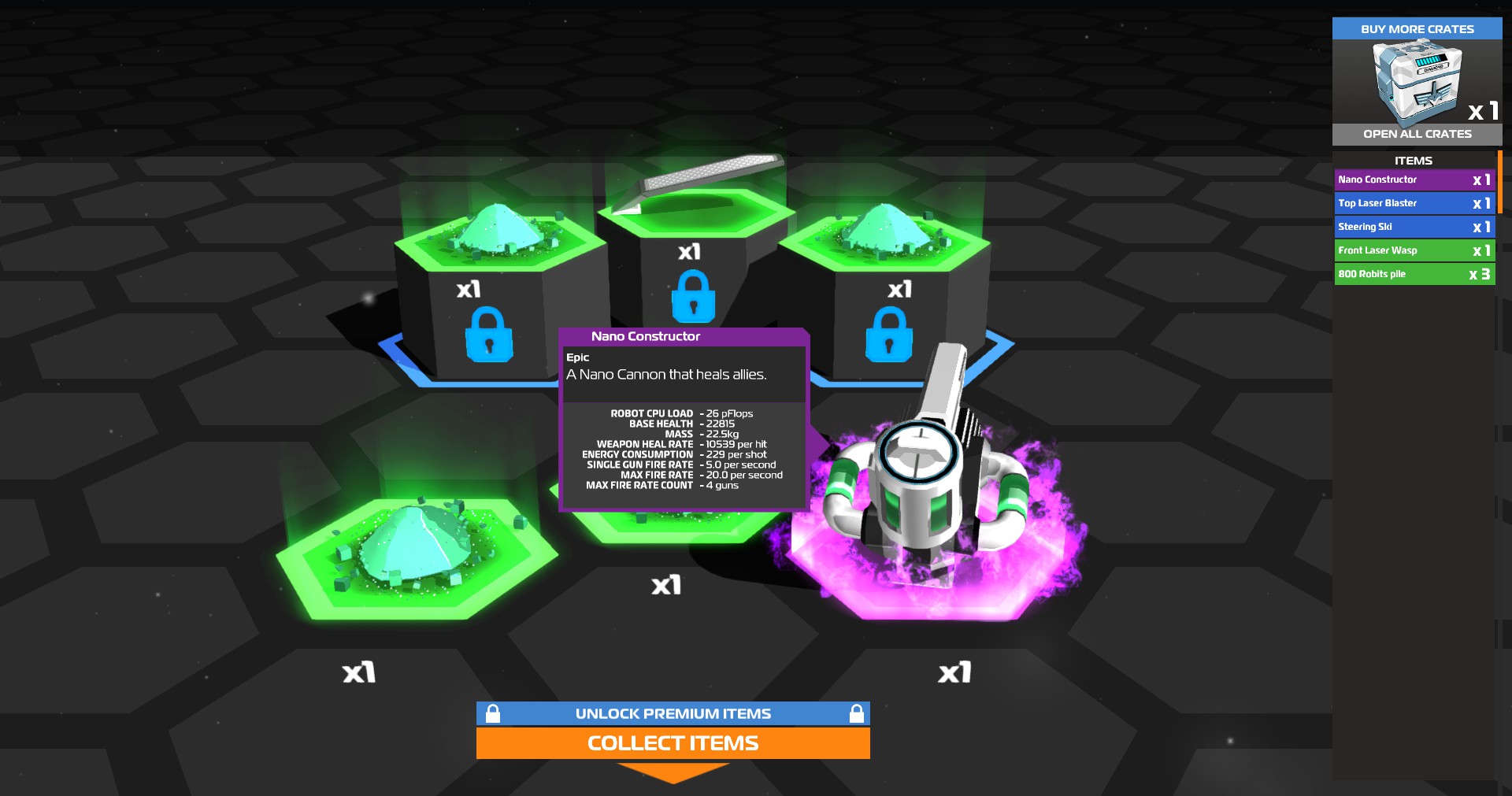 In one game, an enemy vehicle was basically a flying cube. It was quite funny seeing it zip across the map, but it was no match for my long range weapon. A quick zoom in and — pow! It's a hit and down it goes. I closed in and finished it off quickly with my quick firing lasers and it was awesome.

I had a lot more fun than I was expecting. The gameplay is intense, fun and seeing all the wild creations people  send into battle was really interesting. So many different types of vehicles, lots of different weapons, it was quite an experience.

I imagine this would be a pretty fun game for a younger audience too. I let my son try a bit and he was so happy with it, laughing away, close to tears he thought his tank that could hover was the funniest thing ever: 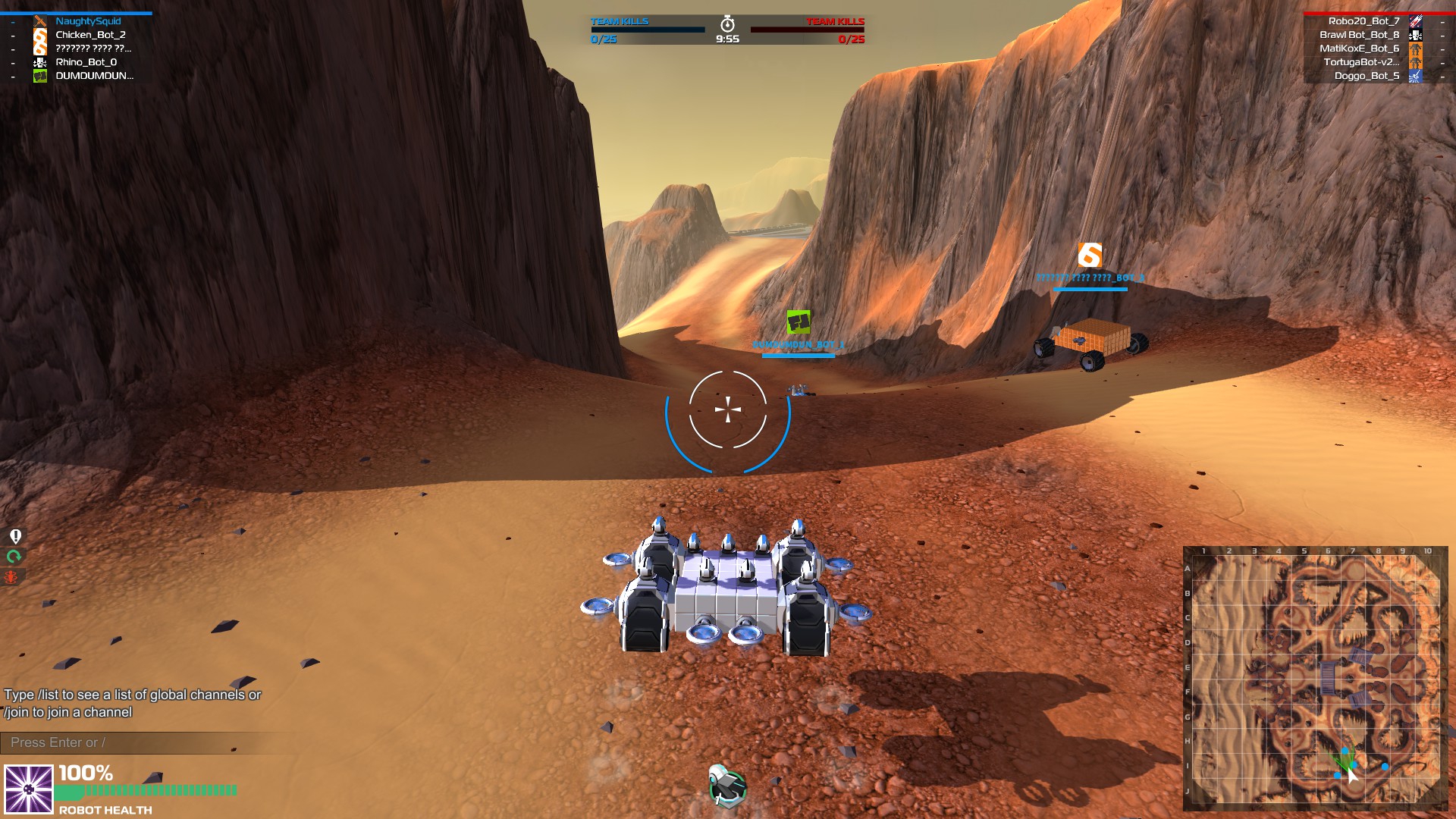 It was surprisingly functional too! Could do with a bit more armour, but small steps!

Anyone regularly playing this, what are your thoughts?

QuoteOne strange issue was linking my Steam account, it said my Steam name was available, but it didn't let me register. Changing my name to something random did work, odd, but it worked in the end.

That also didn't work out for me. I replaced all spaces in my Steam name with an underscore and that made it work. I think it doesn't accept some characters. They should be a bit more specific about that.

QuoteI had a lot more fun than I was expecting.

I also didn't expect this game to be so much fun. It's really rough around the edges, but it is still so good and just fun. It reminds of the times where we as kids would build Lego cars and let them crash.

Honestly, this game would be perfect for an open source game. The fun lies not in the worldbuilding, the assets or the story, it lies in the ability to create, share and use vehicles in multiplayer battles. Also, such a game could be infotainment at the same time, teaching kids a little bit about mechanics, using resources and tweaking automation, which would be needed skills in the world the kids will be living in. After playing Robocraft for a bit, I built a version of the Godot Engine with Bullet physics support and dabbled a bit with it. Maybe I'll stick with a project this time. ;)

benklett 29 Aug, 2017
View PC info
I've played the game 3 years ago. At some point I stopped playing because they made bad changes. Since then they have changed a lot. Now after the release I played a couple of hours and I have to say it seems to be playable again.

The bug with the resolution exists since the Linux version came out. The bug with fullscreen seems to be new.
1 Likes, Who?

View PC info
I played a lot of the game back before it became famous, and it was really fun.

They added then lots of stuff, and reworked garage, techs and all, several times. I didn't play since that time.
0 Likes
Ben D 29 Aug, 2017
Haven't picked it up in a while, but probably will again soon after reading this.
0 Likes

View PC info
I used to play it a lot. Now the game is broken, the EAC is broken on some distros (I think non-Debian based ones, but I'm not sure here) and it is not allowing me to play it anymore:'(.
0 Likes

View PC info
Oh it works again, been a while !
0 Likes
While you're here, please consider supporting GamingOnLinux on: