For those who love their space colony building games, Maia [Official Site] just got another update that's really quite interesting.

One change that I'm particularly happy with, is the fact that your colonists will now hold items that are related to what they're doing. One of my long-standing gripes with Maia is just not knowing what people are doing. Now, they might hold something like a wrench if they're off to repair something. It's a reasonably small thing, but it ticks a box to make the game feel a little more complete.

The aliens roaming around in Maia also now have a new food source in the form of flying bugs. These bugs use bioluminescence for mating, so they end up finding your lights rather attractive. I really love this addition, it certainly makes the planet feel more alive! It also looks rather awesome in-game.

There's plenty more to it, like optimizations and plenty of bug fixes, so the developer also released an update video to go along with it: 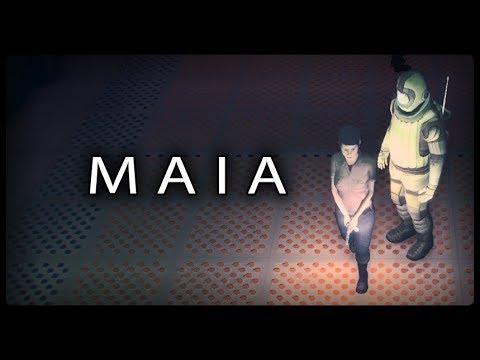 See the release notes here for the full scoop on what's new.

You can find Maia on itch.io and Steam.

Article taken from GamingOnLinux.com.
Tags: Indie Game, Itch.io, Simulation, Steam
5 Likes, Who?
We do often include affiliate links to earn us some pennies. We are currently affiliated with GOG and Humble Store. See more here.
About the author - Liam Dawe

View PC info
Reminds me of the Half-Life cockroaches. They have AI that makes them scatter when the player turns on a light: https://m.youtube.com/watch?v=Elwb2lV88hM

It's little details like this that make a game more immersive.
2 Likes, Who?
While you're here, please consider supporting GamingOnLinux on: