Space combat game 'ASTROKILL' [Steam] has recently updated to include a newer build of Unreal Engine along with plenty of optimisations. 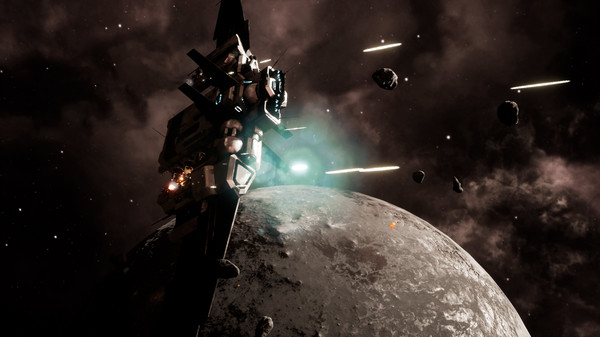 The developer has just recently upgraded from UE 4.17 to 4.18, so hopefully the Linux version will be even smoother. ASTROKILL was already pretty smooth, but Unreal Engine has a bit of a history with older versions having a bunch of Linux issues.

For those who like their games to be optimised, the latest release includes drastically reduced texture-memory usage, reduced all texture-pool sizes and the overall game-size has been reduced by around 50%!

For those with a Joystick, you will be pleased to know that's also been improved a lot in this release. They're a lot easier to customize now and up to 8 joystick-axes can now be mapped. The developer also enabled a Steam Controller plugin, which has me excited!

It had another sizable update before the latest one too, which also improved many aspects of the game. The AI for example, will actually now abort rearming if an enemy is in range and they can attack it, the AI is also more accurate now so watch out!

On top of that, it's had the usual assortment of bug fixes. If you haven't checked it out yet and you're a fan of space shooters, do note that it's on sale with 50% off until December 16th on Steam.

Update: A new patch has fixed the below issue, that was quick!

Sadly though, the Linux version as of this latest update doesn't work, at least for me on Ubuntu 17.10. It pops up with this error box:

I've let the developer know about it, so hopefully in a day or so they will fix up the Linux version. I've posted in their forum and sent them a tweet, so hopefully they will see one of them soon to get on it.

View PC info
It it there end?

The error I see in console is

View PC info
Indeed this new update runs like butter for me on Intel with Mesa-17.4.0-devel.
I also don't get this "AndroidMedia" plugin error - the Mesa driver supports Android, maybe that's why I dont't get it?!

I would really like to see more developers update their UE4 games to latest UE4-engine... EVERSPACE, >Observer_, Steamroll, ARK, ...

I'm pretty sure the games would have less problems and better performance on linux.
1 Likes, Who?

It runs for me. The joystick fix isn't that good though. It helps with the stated problem, but doesn't make a joystick (much) easier to use.

View PC info
Oddly, it runs for me on Ubuntu 17.10 but not on my Solus machine with the same Nvidia drivers...

That said, I love this game and enjoy playing it much more than Everspace. The engine is great, silky smooth. Great graphics. The downside is that the missions are kind of thin, but it's $5. At some point after formal release the developer is going to open it up to modding, and I bet that will be huge, as every franchise could be adopted to this combat engine so well. I can see SW and BSG being natural fits.
0 Likes

View PC info
The developer has patched it to fix the issue I had + an AMD fix too :)

Glad I got it fixed for you guys! Once again, the Linux community was very helpful in tracking the issue down. In this case, there were 2 issues... One of which was causing AMD machines to crash on startup. Anyways, it looks like both problems are resolved now. :D
12 Likes, Who?

Quoting: greyjetGlad I got it fixed for you guys! Once again, the Linux community was very helpful in tracking the issue down. In this case, there were 2 issues... One of which was causing AMD machines to crash on startup. Anyways, it looks like both problems are resolved now. :D

It's nice to have a dev like yourself that interact with their users in these situations, a lot just bury their head.

I'm worzel on discord/steam btw :P
1 Likes, Who?
While you're here, please consider supporting GamingOnLinux on: