Looks like the Beta of ASTROKILL [Steam] went well, as the developer just pushed out a big update and with it comes official Linux support. Not only that, it's another game to support Vulkan on Linux! 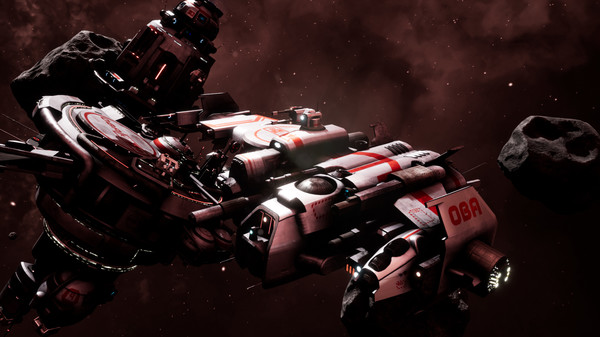 The game has also gone through a bit of a graphical overhaul with the latest patch. The developer worked on new planets and moons, asteroids were reworked to look better, explosion debris now has more variety and more.

AI has also seen some improvements, with it now capable of prioritizing and taking territories. It can also now gang up on you, so watch yourself.

On top of that, ASTROKILL now features a new conquest-style gameplay mode along with a bunch of changes for existing missions.

Focused on combat without compromising realism, ASTROKILL is a modern space shooter drawing inspiration from old-school games like TIE Fighter and Freespace 2. Players pilot fighters, gunships, interceptors, and medics (in 1st or 3rd person) from warring factions in ballistic dogfights. Wage war flying for either the sprawling Dominion of Man or the rebellious Outer Belt Alliance!

It's an impressive game, with some really fantastic combat. It really does remind me of Freespace! It's frantic, the weapons sound awesome and it's quite difficult. Once finished, I think it's going to be an excellent space combat game.

We do often include affiliate links to earn us some pennies. We are currently affiliated with GOG and Humble Store. See more here.
About the author - Liam Dawe
I am the owner of GamingOnLinux. After discovering Linux back in the days of Mandrake in 2003, I constantly came back to check on the progress of Linux until Ubuntu appeared on the scene and it helped me to really love it. You can reach me easily by emailing GamingOnLinux directly.
See more from me
Some you may have missed, popular articles from the last month:
The comments on this article are closed.
6 comments
shawnsterp 23 Oct, 2017
Well, I guess I better get it then.

UPDATE: eh, green screen on the steam link. Given how that has gone with past games, I guess ill just get a refund.

View PC info
Looks pretty good and has a fair price.
Can anyone with an AMD card and Mesa drivers tell if the Unreal engine issues of the past are fixed?
0 Likes

View PC info
It does sound interesting, just wish they could change the name of the game. "Astrokill" sounds like some kind of ridiculous parody (Spaceballs 2: Where No Balls Have Gone Before!!!), which actually makes me a bit hesitant about giving it a chanse.
0 Likes
x_wing 23 Oct, 2017

Quoting: theghostLooks pretty good and has a fair price.
Can anyone with an AMD card and Mesa drivers tell if the Unreal engine issues of the past are fixed?

Working flawlessly with Mesa 17.2 (Padoka PPA). I think that all the Unreal engine problems where solved with llvm 5.0, so if you see a game with ue 1.16 or newer, you shouldn't have any problem with Mesa drivers & AMD card.

I really like this game. The only problem I have is that it doesn't have enough content, but fortunately I have Everspace to keep playing until the AK developer adds more :D

Only played the tutorial and two so far, there aren't exactly that many objects being rendered but even so I'm impressed at the graphics performance.

Anyone played this with a controller? The aiming just seems really shitty, though that might just be my controller. Using a PS3 controller. Reducing the sensitivity to 50% helped (it basically has no acceleration, just 0 to 100.)

Is it just me or does it have JUST a Linux icon now.
Are we getting an exclusive ? :P
0 Likes
While you're here, please consider supporting GamingOnLinux on: