By Liam Dawe - 3 January 2017 at 8:08 pm UTC | Views: 7,595
The StarMade [Steam, Official Site] developers have been busy as the game now has updated ship textures to make the game look much nicer.

Check out how nice it looks: 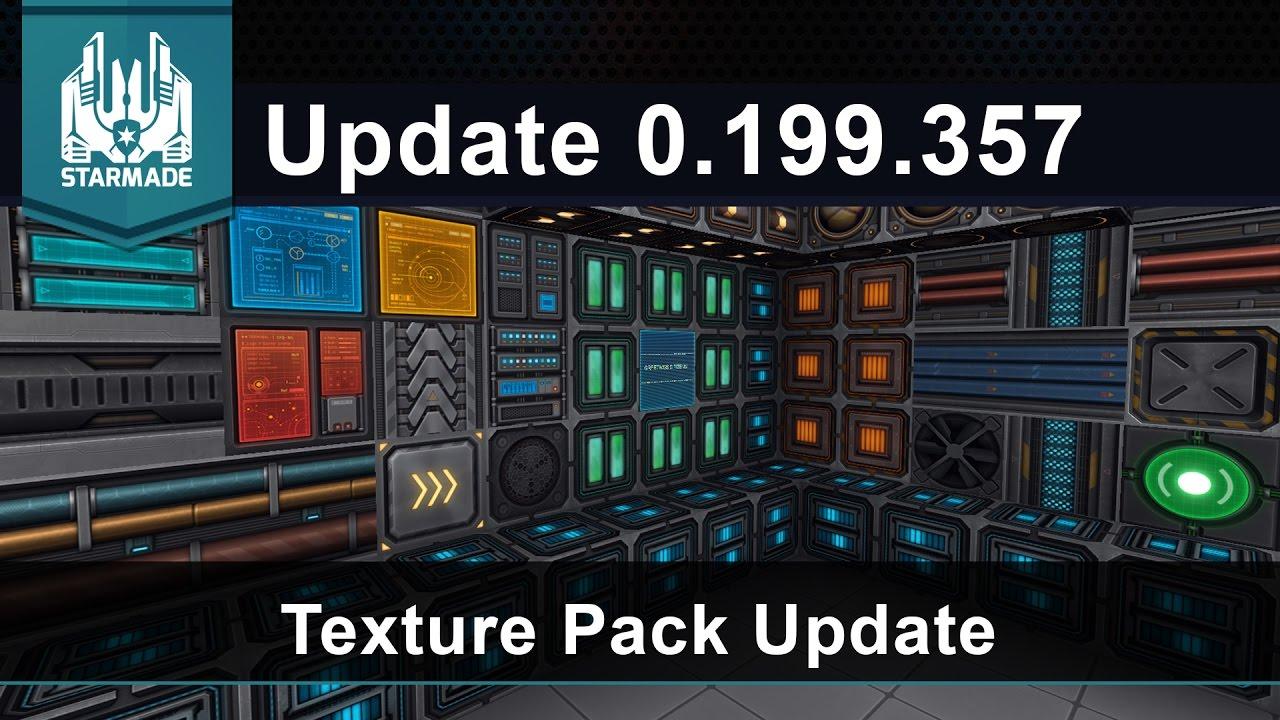 This update does not include terrain, flora, resources or capsule art. They will be adding in new stuff for that in a future update.

Have you put much time into the game? Let us know if it's worth playing.

Getting started with the logic blocks can be a pain, but once you get it working...
0 Likes

I had a problem with my mouse automatically re-centering every time I crossed sectors. Made dog fights awful.

Quoting: AlveKattI had a problem with my mouse automatically re-centering every time I crossed sectors. Made dog fights awful.

I wonder if that has been fixed?

Sadly, it hasn't completely gone away. I've been playing fairly often over the last year or so and it's still annoying when, fighting pirates in a fast ship, suddenly the screen jumps on you.

That said... to the question of if the game is good... I'd most definitely say yes! If you love building and creating, this is a really good game! There isn't much to "explore" yet, per-say (no life on the planets, for instance), but they just recently added NPC factions which server owners can create and modify. They all have their own rules for how they interact with the environment and the players and over all add some "life" to the universe beyond just the players of the server your on.

As far as building goes, there's a very nice variety of blocks (not just square), and the logic combined with the rails systems allows for the creation of some very nice systems and effects.

My opinion, the game isn't perfect (yet, lol), but it's definitely worth the price for people who love building and survival.
0 Likes

Quoting: ObsidianBlkMy opinion, the game isn't perfect (yet, lol), but it's definitely worth the price for people who love building and survival.

I bought the game way back before you had to make patterns in the reactors to be efficient, and before there were like fifty different ways to combine weapons systems.

There were some changes that I didn't like, like making the planets dodecahedrons. Even if they technically have more surface area they feel smaller, because the horizon is so much closer, walking past the edges just kills the immersion. And they look even more unnatural than the flat planets did when you approach them.

And with the things I mentioned in my first paragraph, somewhere it got really more complex than I liked.

That said, I had my share of fun with the game for the price I paid for it back then. Though I feel I did pay quite a lot more with work, actively hunting and reporting bugs.

One thing I don't get is why use logic blocks. I would have gone for one logic block, and have a visual coding language, similar to Scratch that you edit through it. https://scratch.mit.edu

Quoting: ObsidianBlkOne thing I don't get is why use logic blocks. I would have gone for one logic block, and have a visual coding language, similar to Scratch that you edit through it. https://scratch.mit.edu

I would suspect logic blocks exist the way they do for three reasons...
1) The game is already voxel based and it's easier to create new voxel blocks then a new sub-system
2) Including a scripting language (essentially programming) in a game means they'd have to write (or include) a runtime interpreter. They could use LUA, I suppose, but that's a relatively complex language that only hard-core modders would care to sit and learn. Creating their own scripting language would be a chore and a half... and suffer even more than using LUA as you'd be asking people to learn a language that has no use outside of the game.
3) Technically, the logic system as it stands IS a visual coding language. Why not contain that into a sing block and use a GUI for the programming part? My best guess is the complexity of doing that. Attaching the logic to the games already existing voxel system is easy. These voxels are already designed with logic as part of their code (like, how a "cannon computer" needs to be attached to "cannon barrels" to work, as an example), so exposing relatively simple logics (gates, delays, triggers, etc) is a trivial addition. Trying to do the exact same thing in a 2D space sounds simple, but you'd basically be asking for a new component of the game engine... and asking for it to integrate with the voxel component of the engine in a seamless way. That's a TON of work.

All that said, it boils down to how the engine is written. I don't work on the game, so I don't know what the code looks like, but, having tried my hand in a number of game projects, I've come to realize that more often than not, seemingly simple tasks are leagues more complex than you'd think they were, if you've never programmed before.
0 Likes
While you're here, please consider supporting GamingOnLinux on: