Two years on from the release of the original game, Arcen games have released an expansion to their sometimes over-the-top action shooter/dungeon crawler hybrid. After dodging my fair share of bullets and dying quite a few times, I have a few thoughts to share on the experience. 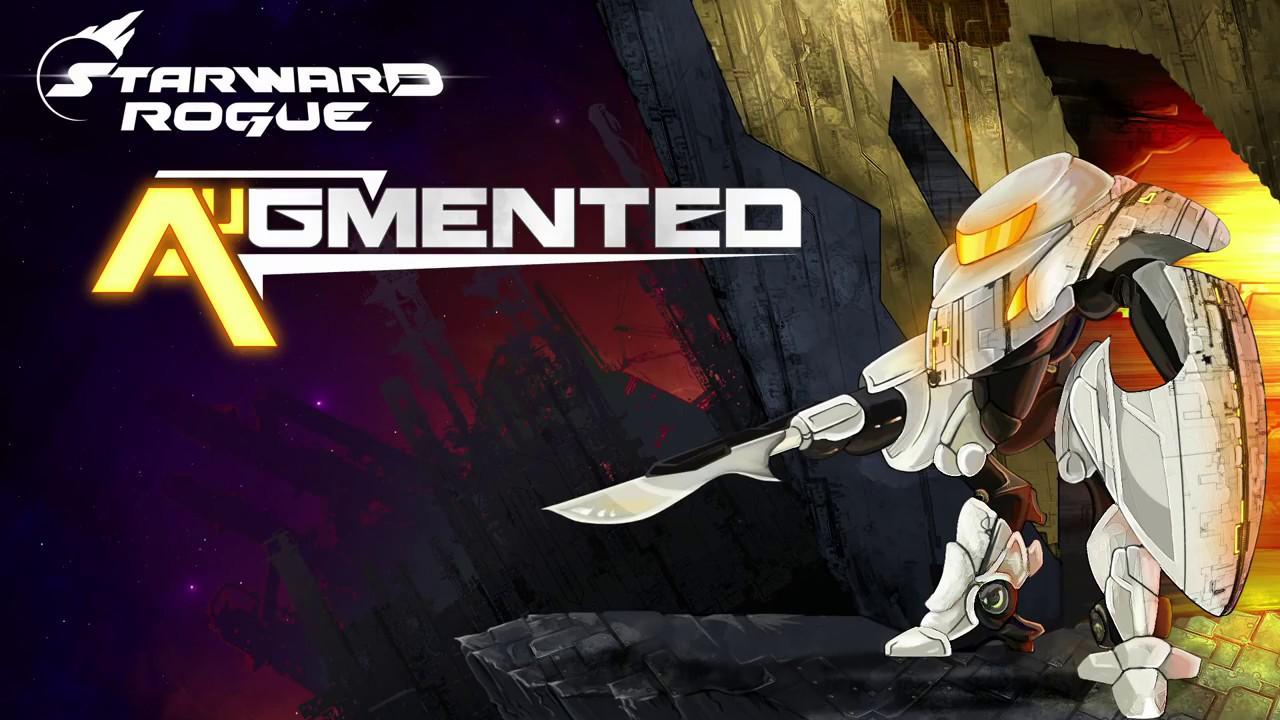 In my original review for Starward Rogue [Official Site], I found it to be a fun and somewhat different take on the twin stick shooter dungeon crawler subgenre. Players take control of a disembodied hydra head stuck in a mech suit and basically are attempting a prison break from a facility lodged on the side of the sun. All the huhumthings that you might expect from this sort of game are present: procedurally-generated dungeon floors, countless items and powerups to collect and a whole range of enemies to fight. As always, the devil is in the details, and Starward rogue set itself appart by having large colorful bullets that approached the intensity of a bullet hell game as well as a diverse cast of bosses and enemies, each with their own unique attack patterns.

This AuGMENTED expansion throws in more of everything. There are new enemies for you to discover and fight. Bosses and mini bossses, too. New powerups. Main weapons. Sub weapons. Mech suits your severed head can pilot. Pretty much every facet of the game has gotten a generous serving of more. It’s hundreds of new things altogether. It feels like it should be overwhelming. But you know what? It works. 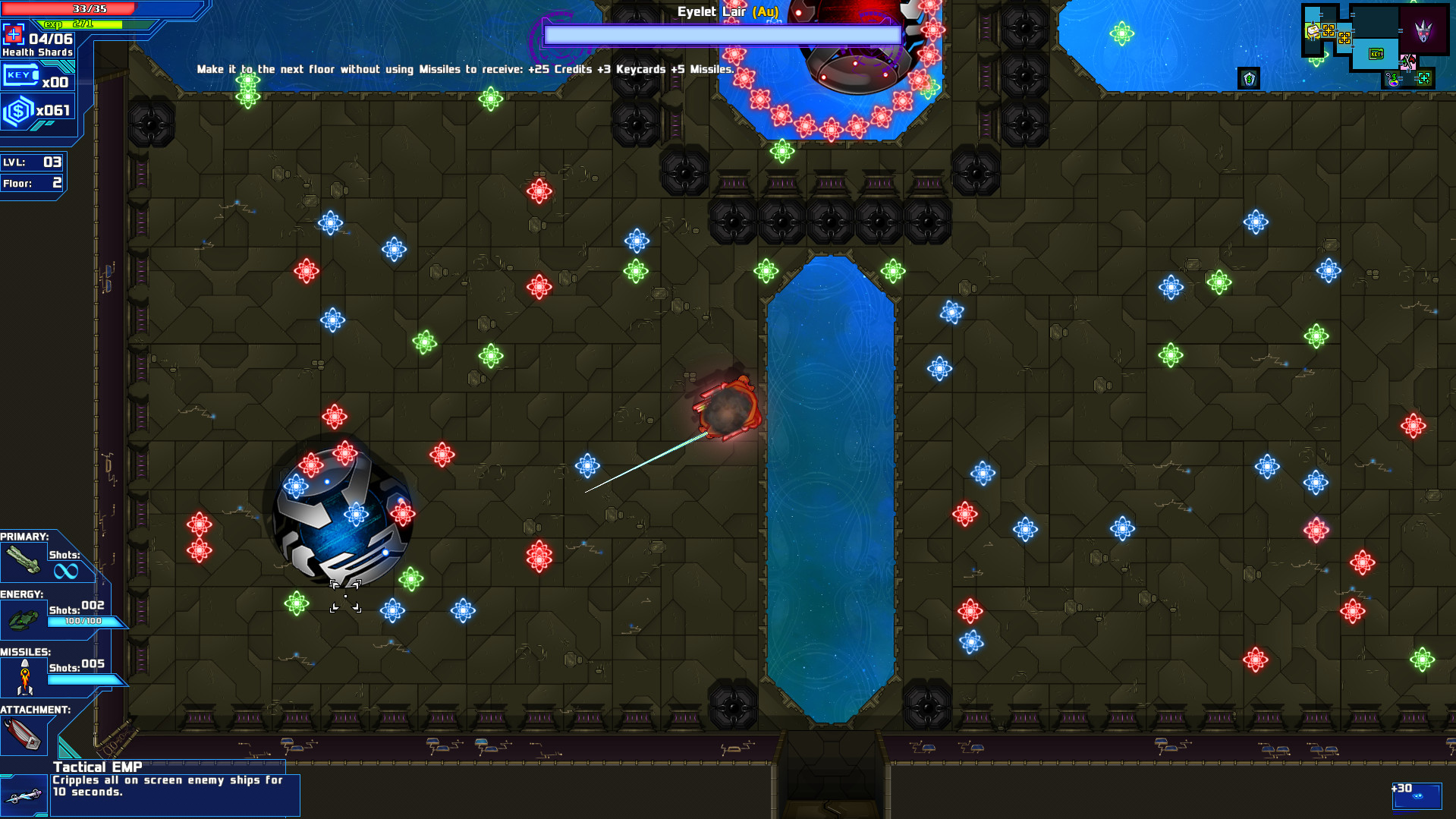 That might be because despite each playthrough being unique and somewhat random in what you encounter, it’s a game that you can approach with your own play style and strategy and manage to do reasonably well. The new items and weapons are plentiful enough that you can risk swapping out your tried and true equipment without fearing that you’re going to be locked into something you don’t like. There’s a certain flexibility in the gameplay that allows you to take controlled risks when facing the unknown. It helps that most runs are only an hour or two long, that is if you stop to smell the roses, so that it doesn’t feel too punishing when you gamble and end up losing.

It’s also a game that rewards skill, since dodging the sometimes complex and massive enemy bullet patterns does require concentration. I’m not sure that most people will appreciate the chaos of it all but, since I’m used to arcade shoot ‘em ups, I had a blast encountering all the new enemies and seeing how they attacked me. If you’re a masochist you can turn up the difficulty to insane degrees but this is a game that can be played on normal or even easy without losing compromising the gameplay. Aside from giving you new options to deal damage and be shielded from it, there’s nothing that’s fundamentally new gameplay-wise.

In addition to the more-of-everything-type content, this expansion does feature one other comparatively minor but interesting addition: the golden floor. It’s a special area which needs to be accessed through special means. It disposes of a a range of tougher, special enemies and challenges but also has generous rewards. There are also special challenge rooms on the golden floor that, at least in my experience, really live up to the name. It’s the kind of thing that should appeal to anyone daring enough to try to push themselves to the limit.

I should also mention that on the technical side of things the only issue I encountered was the Unity fullscreen bug, which was easily fixed by setting the game to windowed mode.

Overall, this is a safe recommendation if you liked the base game. It’s a game that’s been polished since its launch two years ago and one that’s gotten free new content in the form of patches as well. If you didn’t play the original, then I can also tentatively recommend you both it and the expansion up if you feel like having a fun twin-stick action experience. There’s oodles of content, enough to keep you entertained for many runs and, in the course of my review, I found that there were still many new things I kept finding every time I played.

You can pick up Starward Rogue: AuGMENTED on Steam.

View PC info
This looks great and I'm picking up the DLC right now! I hope Arcen Games find themselves in a position to release new games in the future.
0 Likes

Quoting: robvvThis looks great and I'm picking up the DLC right now! I hope Arcen Games find themselves in a position to release new games in the future.

They're also working on AI War 2 following their kickstarter campaign. Should be out sometime in the next few months, I think, and it'll have Linux support from the beginning. It's good to see them recovering from their low point a while ago when they had to let go of most of their staff. I like the little twists they try to put in their games that set them apart from similar affairs.
1 Likes, Who?

View PC info
Yoiks! I have to update my profile with the new GTX 1070 I bought ... LOL! No, I'm just kidding. I don't have an extra car to sell so I can buy one. XD
0 Likes
While you're here, please consider supporting GamingOnLinux on: