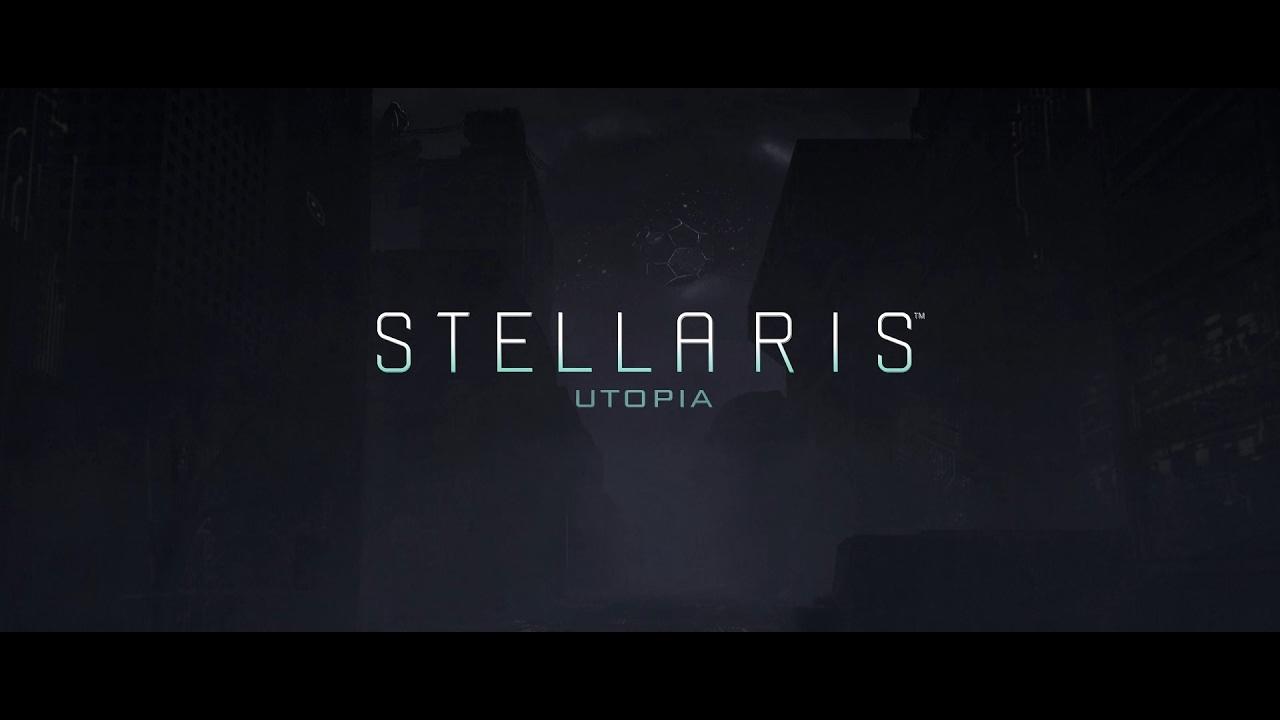 YouTube videos require cookies, you must accept their cookies to view. View cookie preferences.
Accept Cookies & Show   Direct Link
As a massive fan of Stellaris, the content of this DLC pleases me greatly. I complained before about a lack of general "stuff" and this seems to solve a few of my complaints.

I would still very much like to see an entire DLC focused on general smaller gameplay events to help flesh-out early-mid gameplay, as it would make it an entirely better experience. For now though, this will do nicely.

About the DLC
The stars have called you for millennia and now you walk among them. A universe of possibilities is open to your species as it takes its first fitful steps into the great unknown. Here you can turn your back on the divisive politics of the home planet. Here you can build something new. Here you can unify your people and build that perfect society.

Only in space can you build Utopia.

Utopia is the first major expansion for Stellaris, the critically acclaimed science fiction grand strategy game from Paradox Development Studio. As the title suggests, Utopia gives you new tools to develop your galactic empire and keep your people (or birdfolk or talking mushrooms) happy. Push your species further out into the galaxy with new bonuses for rapid exploration or stay closer to home before striking out against all who would challenge you.

Feature List
- Megastructures: Build wondrous structures in your systems including Dyson Spheres and ring worlds, bringing both prestige and major advantages to your race.
- Habitat Stations: Build “tall” and establish space stations that will house more population, serving the role of planets in a small and confined empire.
- Traditions: Collect Unity points and adopt ideas and bonuses that will ease your species’ expansion across the stars, unlocking special perks for completing a set.
- Rights and Privileges: Set specific policies for which of the many species under your thumb will have the rights and privileges of full citizenship.